Duff McKagan Releases The First Track From The Much Anticipated Solo Album. 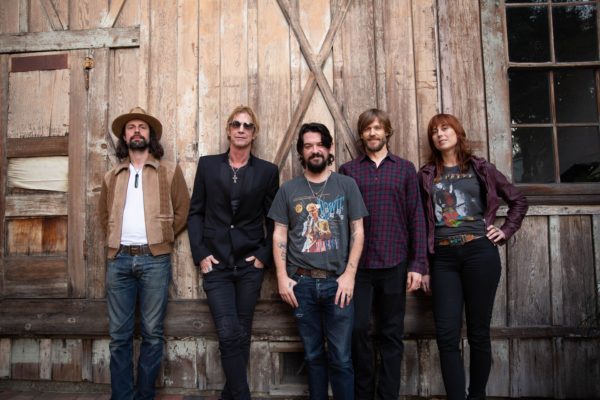 “Tenderness” was produced by and features recent Grammy winner SHOOTER JENNINGS and is being released through UME.

McKagan, backed by Shooter and his band, recently announced two special performances: May 30th at TLA in Philadelphia and May 31stat City Winery in DC. Tickets for both shows go on sale today.

McKagan and Jennings began recording back in March 2018, working out of Station House studios in Echo Park, CA, where they wrote and recorded in-between McKagan’s tour with seminal rock band Guns N’ Roses and the release of Jennings’ eponymous album, Shooter.

“Before beginning this project, I was asked more than a few times if I was going to write a book on my experience of the two-and-a-half-year GN’R Not In This Lifetime …tour,” says McKagan.

“While, of course, it had been an amazing experience, in the end, I decided the ideas swirling around in my head were better suited for a record. The heartbreak, anger, fear, confusion and divide I have experienced travelling this globe of ours coerced these words into songs that tell my truth, and one that I hope will spread and help us all.”

Looking at the world outside his tour bus window, McKagan saw a landscape filled with disillusion, injustice and fear. Surveying this vista of ruin, its street littered with broken and abandoned promises, he channelled a collective hurt into songs of monolithic power.

“The real point of ‘Tenderness’ is not for me to be some damn politician or some other voice to add to what is already way too much noise,” he says. “This is a song of unity and peace…and I want this record to be a meditation and to bring maybe some healing if that is not too high-handed or lofty of a goal. I can use what marginal voice I have as an artist, to hopefully help arrest what seems like a fall.

As a father, I must say and do something now…because I love my girls and my wife, and I love my country, and I feel I must be strong and use my voice now, do it while I am able, or perhaps never get a chance ever again.”

“From the start of the development of this record, ‘Tenderness’ stood out as a focal point,” says Jennings. “I was almost scared to cut it too early – before we had really mined the sound of the album. I knew we had one shot to do it right with feeling. After it was done and we had the first mix, I wrote Duff and said ‘this song has to come out right now!’ It has a simple message of celebrating life and each other and for everyone to take it easy on one another. It offered an empathetic solution for a divisive time in the world: Tenderness.”

Check out the video/track below;

About his collaboration with Jennings, McKagan says, “Fortune shone my way when Shooter and I began to work on the structures of the songs. Shooter has a brilliant mind, and a seemingly endless musical catalogue bouncing around in his head that he’s ready to tap into at any moment.

He believed in this thing from day one, and that gave me the confidence and energy to forge on. Shooter, seemingly, can play any musical instrument, but instead of that being sort of daunting to me, he works in such an honest way that I never once felt like I was in the company of a guy trying to show me up. The contrary was in fact true. He made me a better acoustic guitar player, and more at ease as a singer. His ability to get real and authentic sounds in the studio are second to none, and making this record was one of the most inspiring musical experiences of my career.”

The upcoming album is McKagan’s musical follow-up to 2015’s bestselling book, How To Be A Man (And Other Illusions). 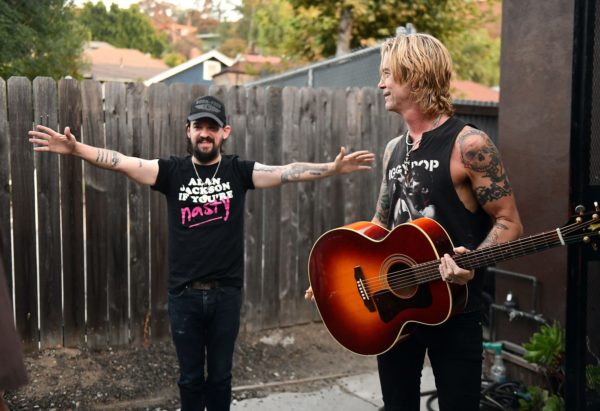