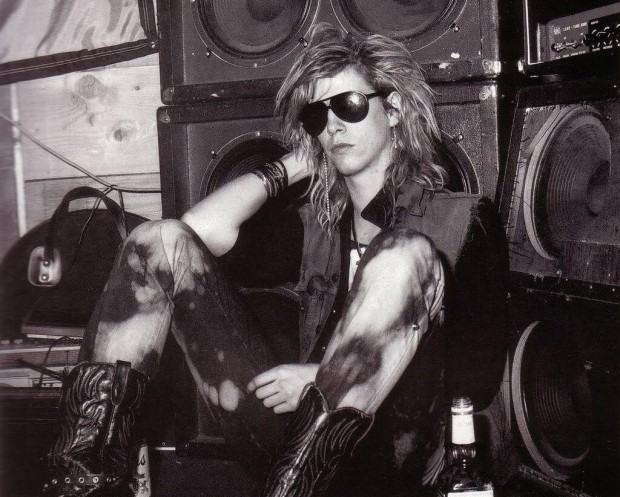 Overdrive has discovered that Vision Films, a worldwide distributor of independent films, have just announced that they secured worldwide distribution rights to former GUNS N’ ROSES bassist Duff McKagan’s autobiographical documentary “It’s So Easy And Other Lies”. Based on the New York Times best seller about Duff’s life, the film, which is written and directed by Christopher Duddy (“Cougar Club”), and is produced by McKagan, Duddy and Rainstorm Entertainment’s Steven G. Kaplan (“The Big Empty”). The film is executive-produced by Daniel Zirilli (“Locked Down”), Joe Mundo (“Sunset Strip”) and Kati Thomson (“Sunset Strip”).

This authorized biographical documentary takes the audience on an incredible cinematic journey through the unbelievable rise of a driven teenager’s meager beginnings on the streets of Seattle, to the Rock And Roll Hall Of Fame. The man is Michael McKagan, better known to the world as Duff. The band is GUNS N’ ROSES. The band became the ultimate icons of sex, drugs and rock and roll, causing pandemonium in their wake, but the lifestyle caught up with Duff, leaving him close to death. Follow Duff’s journey through original archival footage and interviews with many of the people who took this wild ride, including a constellation of rock stars

that rose to fame alongside him, and the people who inspired him to overcome his addictions.

“It’s So Easy And Other Lies” began production this past March by filming one of Duff’s book readings at the Moore Theatre in Seattle, and recent performances with his bands WALKING PAPERS and LOADED. The film will contain rare archive footage from Marc Canter, who filmed all the early footage of GUNS N’ ROSES behind the scenes and performances, as well as an ultimate collector’s soundtrack for the fans.

“Vision Films is excited to begin sales of ‘It’s So Easy And Other Lies’,” said Lise Romanoff, managing director and CEO of worldwide distribution. “The title is a one of a kind look into one of the most iconic bands in rock history.”

Vision Films will be screening a teaser and some selected clips from “It’s So Easy And Other Lies” to buyers at their stand in the Riviera in Cannes.

In a 2011 interview with Rolling Stone magazine, McKagan stated about the “It’s So Easy” book, “It’s not really my story, it’s really not even my autobiography or memoir. I think that term is overused. It is a story of some shit that happened to me, but probably not the typical [things] what people might expect. It’s not my story of GUNS N’ ROSES or VELVET REVOLVER. All of those things are sort of in it, because they’re things I bounced through as I was getting deeper and deeper into addiction and finding my way out. It was challenging going through some of these things that I hadn’t thought about for a long time. And writing forces you to take your own part of your life, of what role you actually played — as opposed to the one you make up later on.”

Duff’s VELVET REVOLVER/GUNS N’ ROSES bandmate Slash has published his own book, as has ex-GUNS drummer Steven Adler, who released his life story, “My Appetite For Destruction: Sex And Drugs And Guns N’ Roses”, in July 2010.

Vision Films is a worldwide distributor of over 800 independent feature films, TV movies, documentaries, and music specials, and licenses all available rights from theatrical, video/DVD/Blu-ray, television, and VOD/digital media rights to both the international and domestic marketplaces. 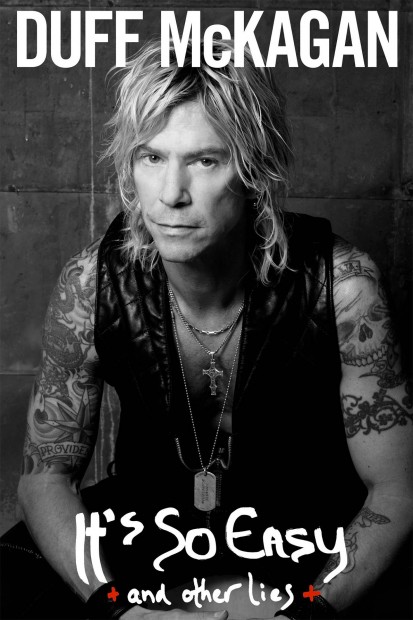