If you haven’t had the pleasure of crossing audio paths with the mighty From Eden To Exile, then you need to change that today. New album ‘Modern Disdain’ is a stone-cold face-melter. Overdrive get’s under the hood of the new album… 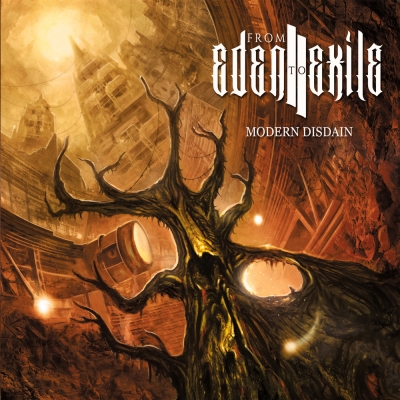 Modern Disdain is the titanic debut album from Northampton-based band From Eden to Exile. After listening to the 8 track, it’s no surprise that Modern Disdain is being received with great praise and admiration. The album is an absolute belter.

The album is well arranged and thought out, the flow between tracks is perfect adding to its appeal. There is enough complexity on offer to hold interest, it’s sonically robust but manages not to be an endurance test while not renouncing the fundamentals ingredients of a really heavy album. 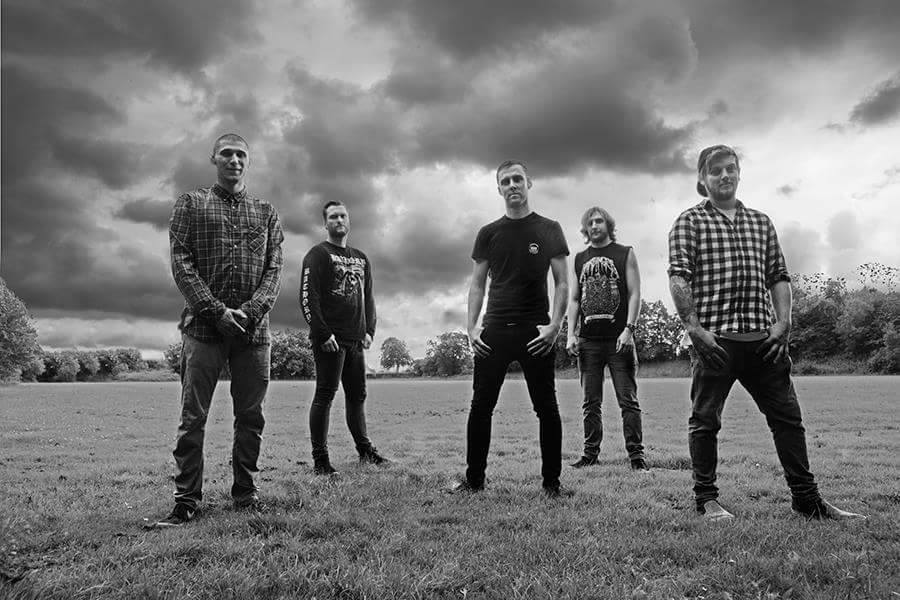 Kicking off with Gospel Untold which really sets the pace of the album nicely, the drums hit like mounted projectile-firing guns from which there is no escape. It’s fast paced, it’s loud, it demands your attention. It definitely has a Lamb of God feel to it but that’s not to be taken as confirmation that its carbon copied LOG, these guys are doing their own thing. Vocals are very diverse with plenty of contrast which really aids in creating distinction throughout the tracks. Gospel Untold is a pretty faultless opener. Also, make sure to be seated about 2 minutes in preparation for a face melt by some serious guitar.

Following Gospel Untold is Modern Disdain, which is moodier while still retaining the ferocity introduced in the opening track. The breakdowns,  (on the track itself and the album as a whole) really work to tastefully punctuate the track while managing not to overly hinder the progress of Modern Disdain. Following on, is a track titled Volatile and it definitely conveys its name successfully, as it opens up with a very strong presence that reinforces the relentless heaviness featured in Gospel Untold. Tempo changes in Volatile give way for darker themes to permeate the track.

Tracks like Victim will be easy to relate to for those of you who are losing sleep plotting the demise of your enemies. Listening to Victim might actually save you some jail time. This is another absolute belter with plenty of aggression to offer an outlet to any violent thoughts you might have brewing. From Eden to Exile is another brilliant offering provided. It has a dark, atmospheric feel to it reminiscent of Pantera’s ‘This Love’.

Modern Disdain is a really enjoyable album overall. Its hook-laden riffs provide a good groove throughout the album making it accessible. The drums are a constant fortifying force and really beef up the album with vocals also being a real selling point, the album is a pretty flawless debut for From Eden to Exile.

There is not much to find fault with. While the band may not be reinventing the wheel when it comes to metal, there is definitely enough range throughout the album to make it stand out as a top release for 2017. After listening to Modern Disdain, I can safely say that From Eden to Exile is a band I would definitely make the effort to see live. Modern Disdain is available from 2nd June 2017 and I highly recommend you take the time to check them out. I give this album 4/5.