New Zealand Rockers, EKKO PARK are gearing up for the release of their new album ‘Horizon’ on August 21st. To celebrate Overdrive will be hosting the world exclusive for their new video on Monday, August 17th. Find out more below… 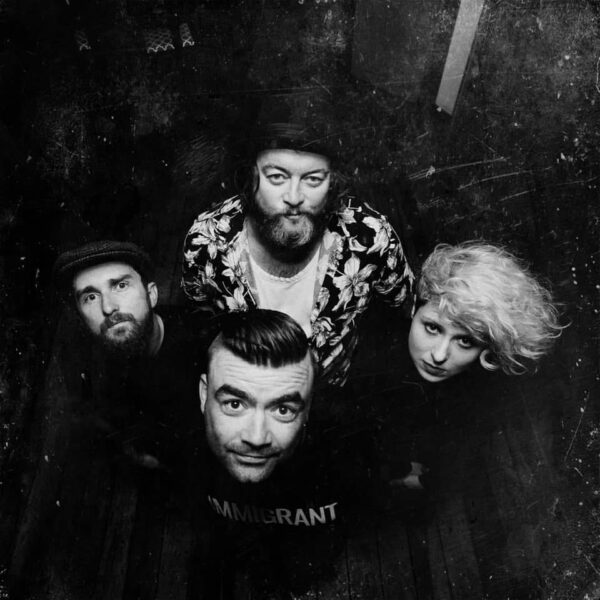 Ekko Park delivers its unique edge to Rock n Roll with honesty & energy that has seen them develop a passionate following in their home country and has taken them to Europe where they continue to enjoy huge success on commercial rock radio.

The band recently released new single Uh Oh! The ridiculously catchy, up-tempo track is made for bouncing around the room and played loud! Tune into Overdrive on Monday at 11 AM for the video world premiere.

Frontman Joe Walsh says of the track, “Uh Oh was the last song we wrote for ‘Horizon’. The riff had been around for about 10 years and I brought it into the final album rehearsal.

What I thought was the chorus, Bryan saw as the verse, so we chopped it up, wrote a new chorus and within minutes we had our newest punkiest song & probably our most favourite to play live!”

‘The lyrics were written in a cinema whilst watching ‘Three Billboards Outside Ebbing, Missouri’. The narrator of the song is Sam Rockwell’s character ‘Dixon’. I wrote this from the perspective of Dixon talking to Mildred as the movie ends and final plot twist ensues…‘

The upcoming video was once again directed by Ekko Park guitarist, Alex Hargreaves and captures the track’s energy perfectly.

Horizon’s first single All Eyes On Me features guest vocalist Grant Nicholas of Welsh indie rock giants Feeder and received radio play the world over!
Watch the video for ‘All Eyes On Me‘ below;