Ireland’s first ever ‘Heavy Psych Festival’ kicks off this coming weekend with a plethora of bands taking to the stage in Dublin’s Voodoo Lounge and sister venue On the Rox. Overdrive brings you all the stage times for both days below;

The debut outing for Emerald Haze Festival has finally arrived with a stellar selection of heavy psych, doom and stoner bands scheduled to take place this weekend in Dublin’s Voodoo Lounge and On The Rox. Consider your prescription for fuzzed out low-end riffs stocked up beyond comprehension!

Friday’s line up will see the following bands: 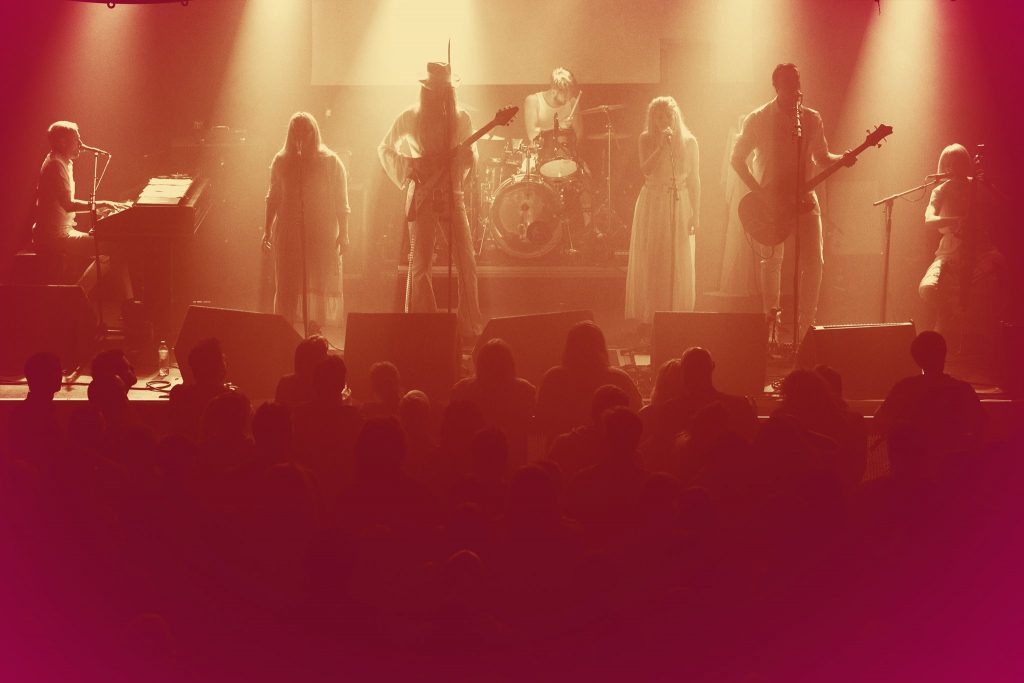 Hailing from the UK, Church of the Cosmic Skull is a twofold entity: a new religious movement who seek to free mankind from their material possessions and unify all living beings into a singular cosmic whole; and a 7-piece supergroup based in Nottingham playing Prog/Psych/’70s Rock/Pop. For fans of Fleetwood Mac, Deep Purple, Black Mountain, Ghost.

The combination of guitar, Hammond organ, electric cello, bass and drums recalls early Mahavishnu Orchestra, but with six-part Queen-esque vocal harmonies and Thin Lizzy pop-rock structures. Brought together by songwriter Bill Fisher, the group features some of the best musicians in the universe.

For more information on Church of the Cosmic Skull, please visit here.

Glowing embers of a few days spent recording in a sweaty Sardinian kitchen overlooking the Mediterranean Sea, their sixth album ‘Psych Is Dead‘ is an aural exploration of a tumultuous universe.

“The Cosmic Dead deliver their magnum opus. Simply put, one of the best psych albums ever made. Psych is well and truly alive, you just need to go looking for it. And that’s kind of the point.” Echoes & Dust

For more information on The Cosmic Dead! Please visit this location. 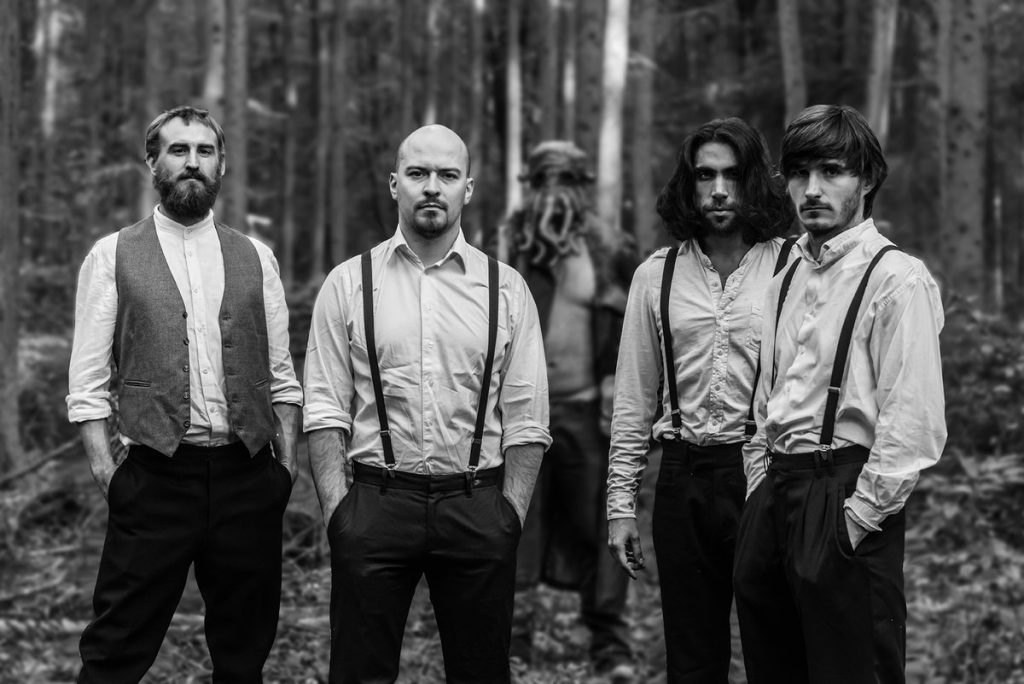 Forcefully ascending from the depths of Paris rock underground, ABRAHMA have emerged as one of the torchbearers of French heavy rock on the international scene.

To date, they have played Desertfest London, Roadburn, Freak Valley Festival, Mudfest and toured Europe with Egypt, Lo-Pan, Enos and Wo-Fat. Their second album “Reflections in the Bowels of a Bird” was released through Small Stone Records in 2015. Their songs heave with psychedelic fervour but also dig deeper into an influence from the early ‘90s Seattle rock scene.

For more information on Abrahma, please visit this location. 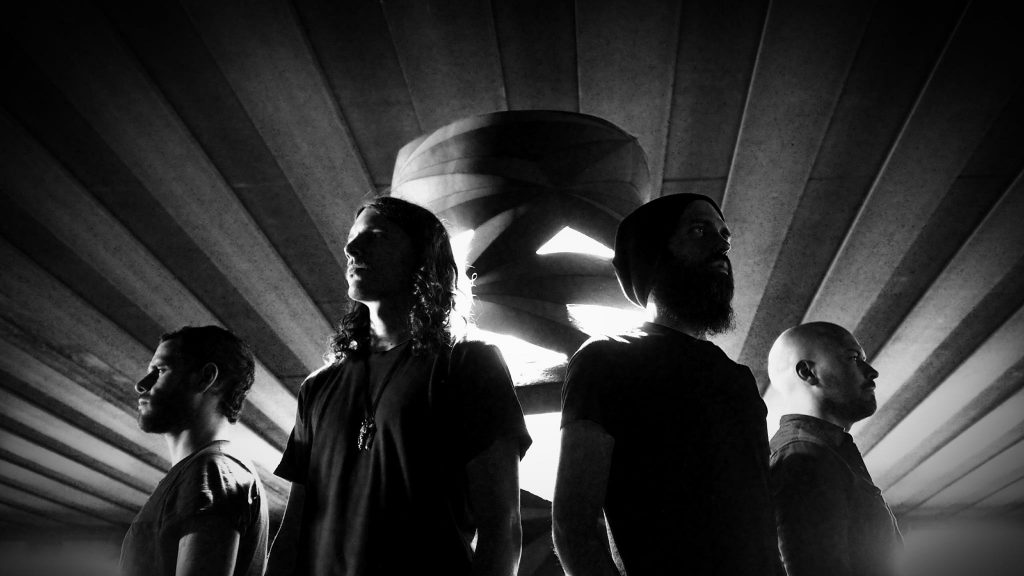 Formed in Paris, France by guitarist/singer Thomas Bellier (ex-Spindrift) in 2008, BLAAK HEAT relocated to Los Angeles in 2012 with the help of Orange County drummer Michael Amster (Sinner Sinners). They are joined by Paris-based musicians Guillaume Theoden and Nicolas Heller (Abrahma).

For more information on Blaak Heat, please visit this location. 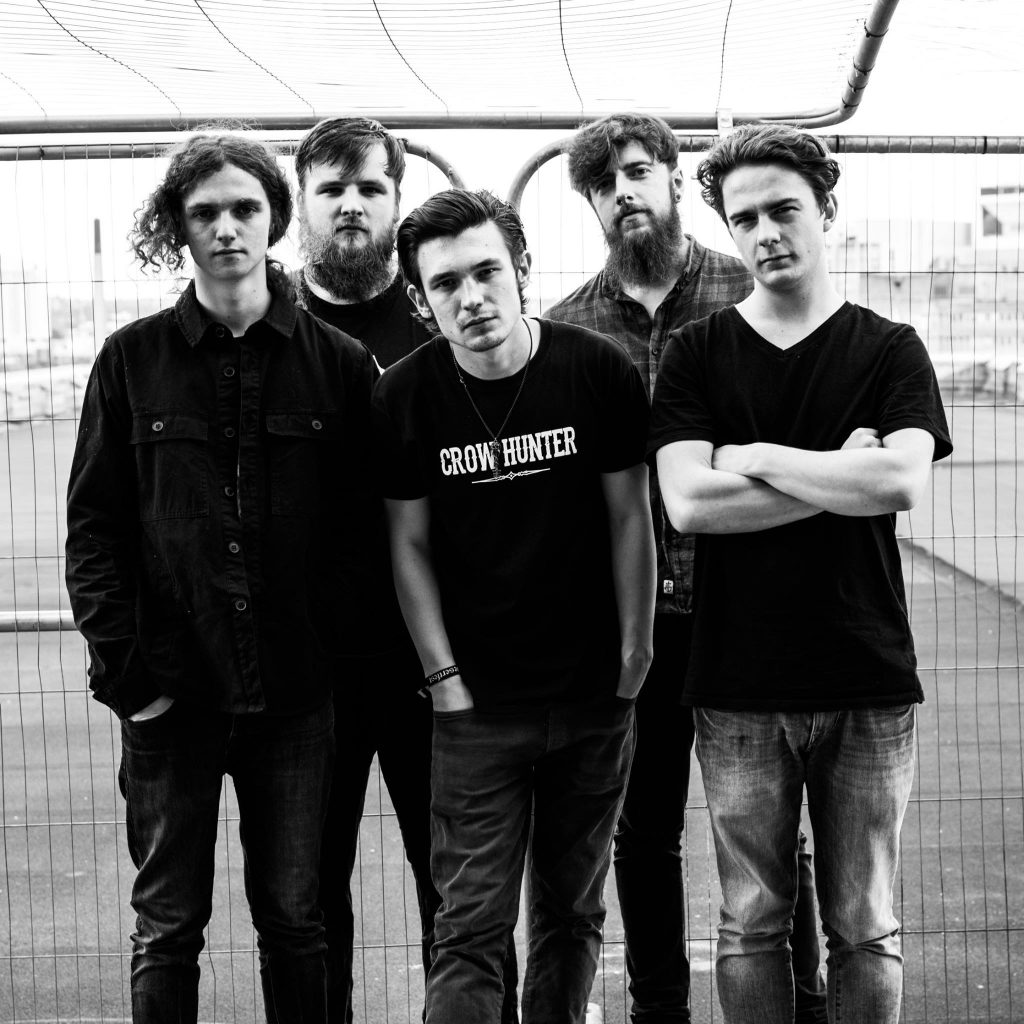 ELDER DRUID are a 5-piece sludge/doom band from Ballymena, Northern Ireland. Formed in early 2015 when five lovers of heavy riffs and molten fuzz came together to add their stamp to the world of stoner rock and doom metal. The band released their debut EP ‘Magicka‘ through Jon Davis’ Black Bow Records in 2016.

They have played a whole slew of gigs in Ireland and the U.K. since their inception including festival appearances at Voodoom and Canalaphonic, and have shared the stage with bands such as Slomatics, Hornets and Ten Ton Slug. They travel back to the U.K. for a mini-tour in July 2017 and return to the studio in August to record their first full-length album.

For more information on Elder Druid, please visit this location.

Tickets for Emerald Haze are on sale now. Click here for tickets/information. 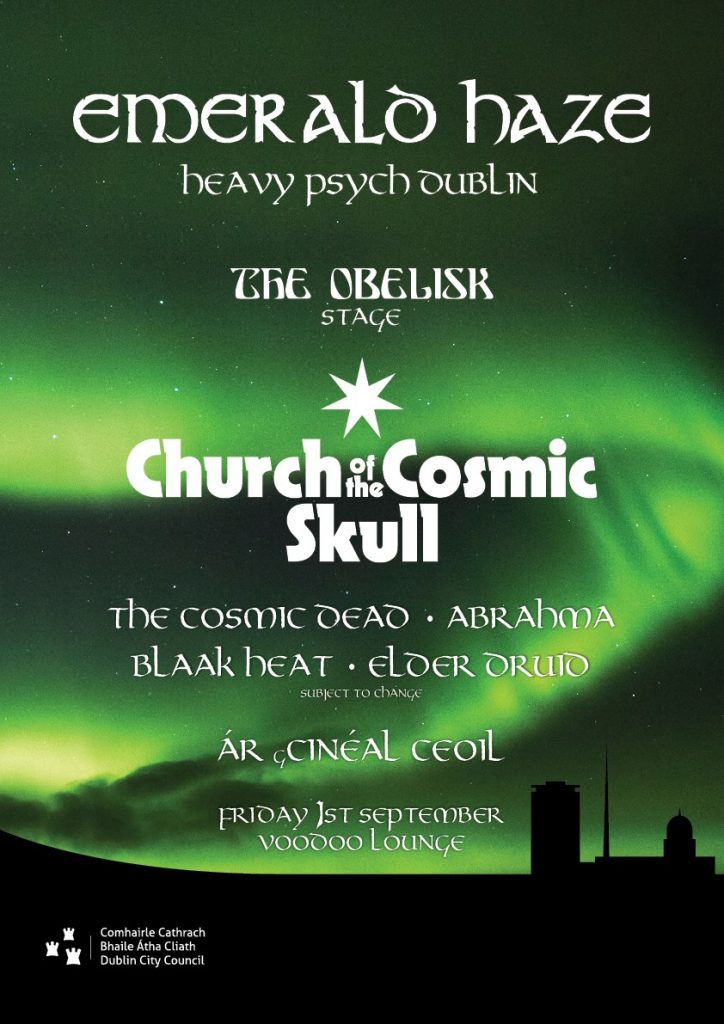 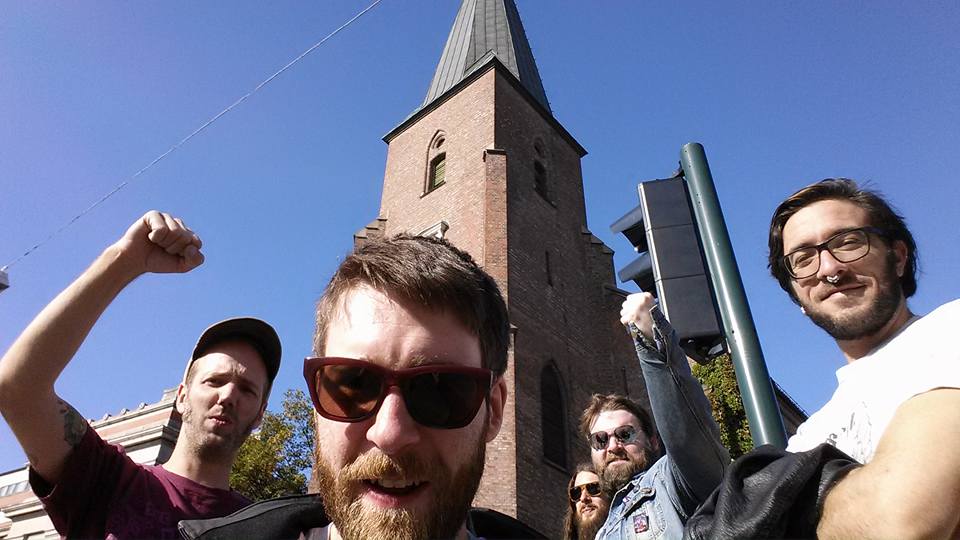 Based in Dublin, Ireland, WILD ROCKET have been developing their unique combination of heavy psych and kraut-infused space punk for the past five years. Since the release of their debut LP Geomagnetic Hallucinations in 2014, the band has gone from strength to strength, performing at Distorted Perspectives and Reverberation Festivals in Ireland and Hostsabbat Festival in Norway.

Wild Rocket have shared stages with internationally renowned contemporaries such as Slomatics, Ufomammut, and The Cosmic Dead, and gained a reputation for pummeling and immersive live shows laden with infectious energy. This energy has been captured perfectly on their second album, Dissociation Mechanics to be released through Art For Blind Records in July 2017.

For more information on Wild Rocket, please visit this location. 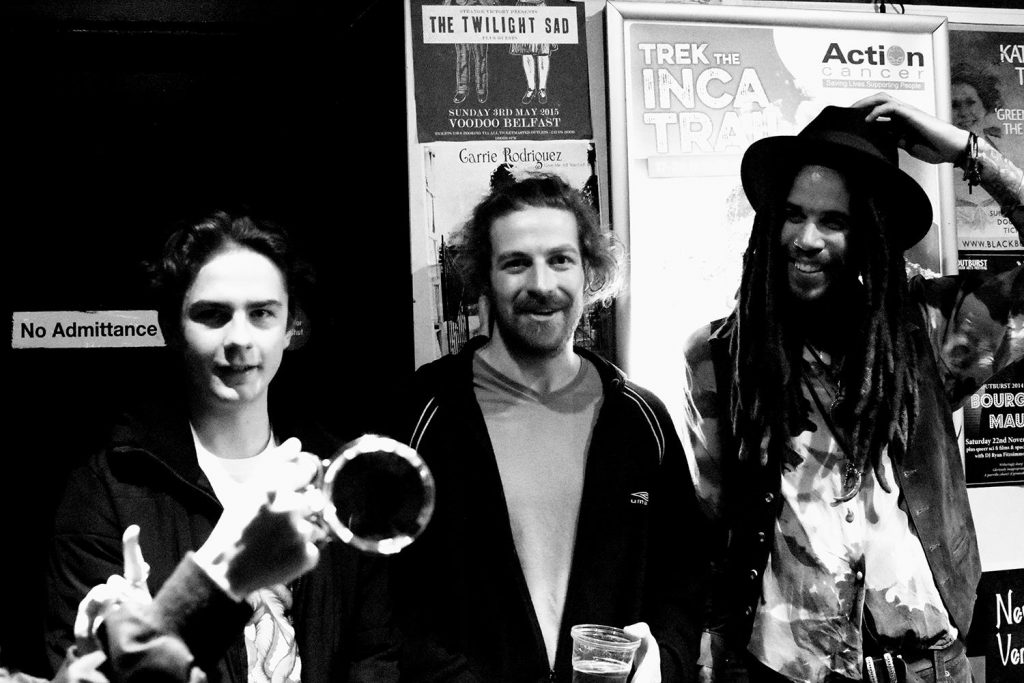 Aptly defining themselves as an exciting new music cabal, the playfully psychedelic ELECTRIC OCTOPUS are proof that a free-flowing approach to music still creates sonic waves today. Whilst touring across the UK, the band have taken social media by storm with their long-form live-session records, catching the attention of almost a million listeners on Youtube alone in the year since their debut release ‘This is Our Culture’ in July 2016.

Summer 2017 sees the band kick into their first proper festival season with performances lined up at Arcadian Field Festival and Sunflower Festival respectively in August and July.

For more on Electric Octopus, please visit this location. 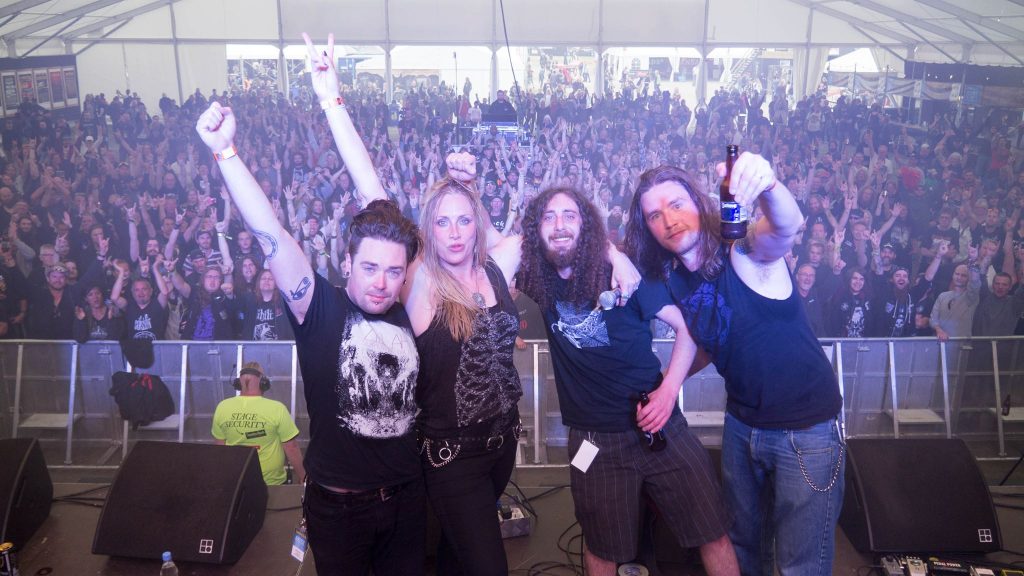 Formed in early 2015 in a cavern beneath the streets of old Edinburgh, a lead-heavy brew of old school Metal and the meatiest of 70’s classic rock emerges in the form of King Witch. Drawing comparisons ranging from Black Sabbath, Candlemass and Trouble to Mastodon and High On Fire, the band’s first song Lucid attracted instant attention and the band’s reputation has quickly grow.

For more information on King Witch, please visit this link. 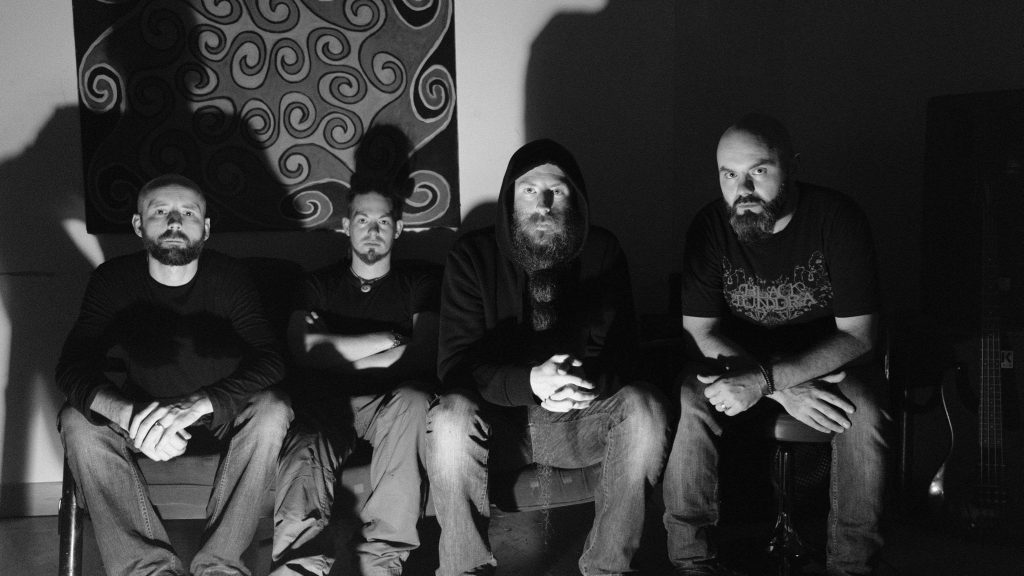 MOUNT SOMA are a Dublin based astronomically obsessed stoner doom 4-piece. What started in 2014 as a regular jam after the disbandment of two previous bands that shared a common member, they released their debut EP ‘Origins‘ in 2016.

The EP was well received and garnered descriptions such as “classy stoner/sludge concept ep dripping in psychedelic colouring and doomy texture“. After an extended break from performing live the band return to the stage with new material in 2017.

For more information on Mount Soma, please visit this location.

Zlatanera are a Belfast, Northern Ireland based heavy rock band formed in 2012. They have played at Bloodstock Open Air Festival and supported Heavy Metal titans Corrosion of Conformity and Grand Magus in Belfast.

Zlatanera will embark on a 6 date tour of Ireland, Scotland and England with Scottish doomsters King Witch in September 2017 and October will see a run of Irish dates with Orange Goblin. Their debut album ‘Legerdemain’ was released in 2016. 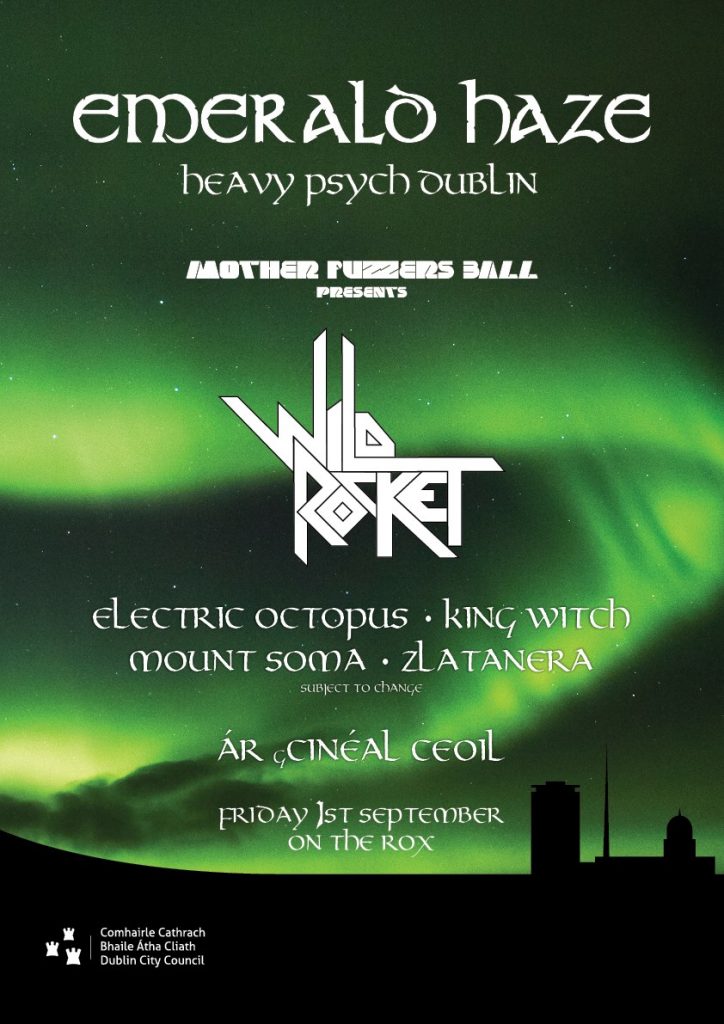