Blackened avant-gardists Enslaved have revealed the next passage in their 30th-anniversary voyage.

To celebrate the launch of their Cinematic Tour 2020 live album digital pre-orders, the band has premiered a live video for their single ‘The Crossing’, which captures an otherworldly performance of their classic song through a new modern lens.

Recorded on a dark day in summer 2020 at USF Verftet in Bergen, Norway, the performance is taken from their upcoming live release Below The Lights (Cinematic Tour 2020), which sees Enslaved play their acclaimed opus Below the Lights in its entirety. It is one part of their four new live album/DVD Cinematic Tour 2020 collection due to be released on June 25th.

Enslaved will be releasing four new live albums/DVDs on June 25th, with audio and visuals, taken from their highly revered digital performances in 2020. Order here. 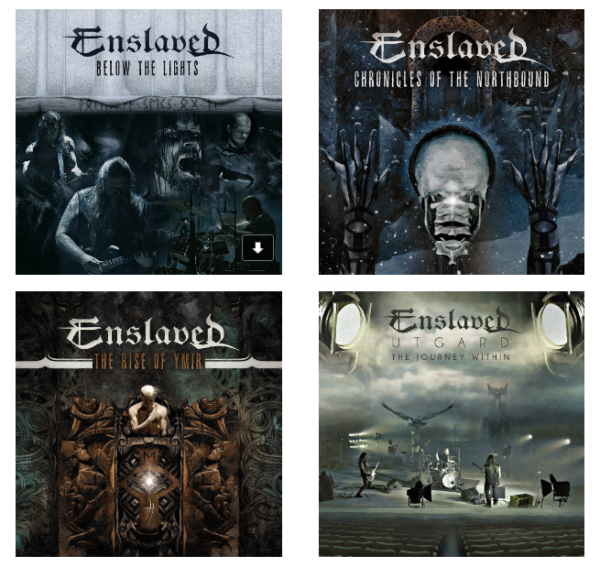 Enslaved’s Grutle Kjellson commented,
“The online performance of Below The Lights was indeed a trip. There has been a huge demand for us to perform that album for some years now. Ironically, because there was very little buzz around it in the days of its initial release back in 2003. I guess we fell into the good ol’ pit in-between the chairs back then, and we got pretty puzzled when people started to shout out for those songs 10 years later!

He continues: “Anyway, we are psyched and proud to present to you a special performance of the whole album, also including a sixth member, Inge Rypdal! Rypdal is a long-time friend of the band and has been collaborating with Enslaved on several occasions over the years, including a stunning performance on the recordings of Below The Lights, adding a beautiful contribution on ‘A Darker Place’.

Here’s a little sneak peek! Enjoy ‘The Crossing’ and have a heavy weekend”

Watch ‘The Crossing‘ (live) video below:

Tickets for Enslaved’s upcoming 2022 tour dates are on sale now from this link. 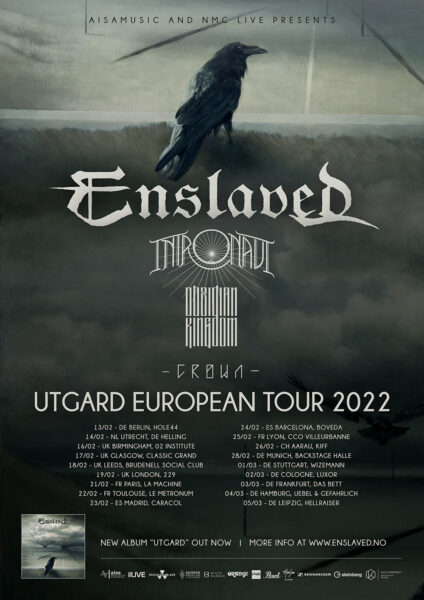