EVERGREY release their official video for ‘Weightless’ today (directed by Patrick Ullaeus). and you can watch it here;

The band state “This video is what you will get when watching us live pretty much. Maybe minus burning down the drum kit every night! We’re really proud of Weightless as it works as a phenomenal 2nd chapter of The Atlantic drama.”

In a music scene that has threatened to become increasingly trivial and contourless for a number of years, Evergrey are the (exceedingly ambitioned) silver lining on the horizon.

Since 1993, the Swedish group surrounding frontman/songwriter Tom S. Englund has been synonymous with technically and compositionally outstanding standards, combined with lyrics and messages which go way beyond pure rock’n’roll prose. Their latest album release The Atlantic sees the five band members Englund, Henrik Danhage (guitar), Johan Niemann (bass), Jonas Ekdahl (drums) and Rikard Zander (keyboards) manifest their excellent reputation as one of the most unusual and innovative progressive metal acts worldwide, presenting the third part of their Hymns For The Broken trilogy about the adventure of life, part one having been launched in 2014.

“As on Hymns For The Broken and its 2016 successor The Storm Within, the new album is about events and experiences in our lives,” Englund explains. “It’s about relationships, beauty and darkness, about fortune and grief, about love, hate, despair, joy and everything connected with it. Life is like a journey across the ocean, on the way to distant shores”. So what could be more apt than calling their latest recording The Atlantic!.

In line with the programmatic album title and its expressive cover artwork (designed by Greek artist Giannis Nakos, renowned for his work for Oceans Of Slumber and Hades Rising, among others), Evergrey takes their fans on a tempestuous expedition across the rough (prog metal) seas. The album kicks off with ‘A Silent Arc’, one of the probably fiercest and toughest numbers that Evergrey have ever recorded. “I love this song,” confesses Englund. 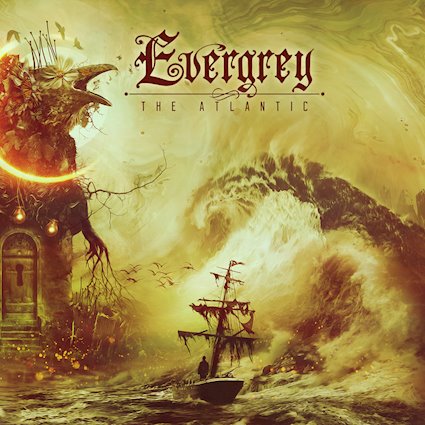 “It’s really brutal in a certain kind of Evergrey way, with guitars that you might expect from a band like Behemoth, but certainly not from us. We’ve never sounded as dark or as raw before.” At the same time, ‘A Silent Arc’ focuses the whole musical and lyrical content of The Atlantic. So wouldn’t it suggest itself to present the song – which will also be the first single release – in an atmospheric video clip? “Well,” says Englund, “this time we’d want our listeners to create their own images when listening to this song and let them indulge in their own movie in front of their inner eye, at least at first”

There will, however, be videos to support the atmospherically heavy ‘Weightless’ and the anthemnic ‘All I Have’, both diverse highlights of a thoroughly haunting album which was mixed and mastered by Jacob Hansen. “As with every album, we’ve given this one our all to come up with the optimum result,” enthuses Englund, who produced The Atlantic together with drummer Jonas Ekdahl, about the driving sound.

The ten songs on the album all stand out with their amazing power, but also with their depth and exciting detail. ‘Departure’, for example, embeds its vocals mainly in bass, drums, piano and acoustic guitar. “That kind of songwriting is something we’ve enjoyed doing on every album of this trilogy,” Englund explains proudly, adding: “This number sounds like an expedition instead of being arranged like your typical three-and-a-half minute hit.”

Which applies to The Atlantic in general. Englund: “It’s probably our most complex and progressive release so far and includes all the elements that our fans love.” One thing is clear: musical fast food sounds different – Evergrey serve exquisite wholefood cuisine. 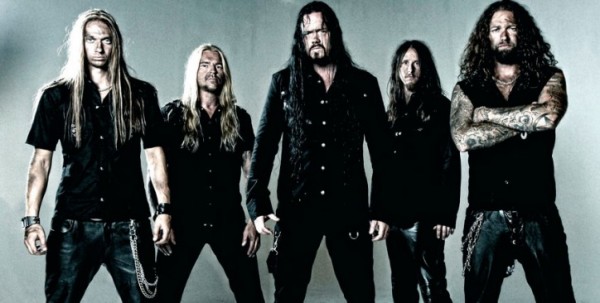