EHT Promotions have confirmed that Nottingham based Metal nut-jobs, EVIL SCARECROW will be taking to the stage in Dublin’s Voodoo Lounge on Saturday April 11th for an all ages event that will be sure to blow the roof off! 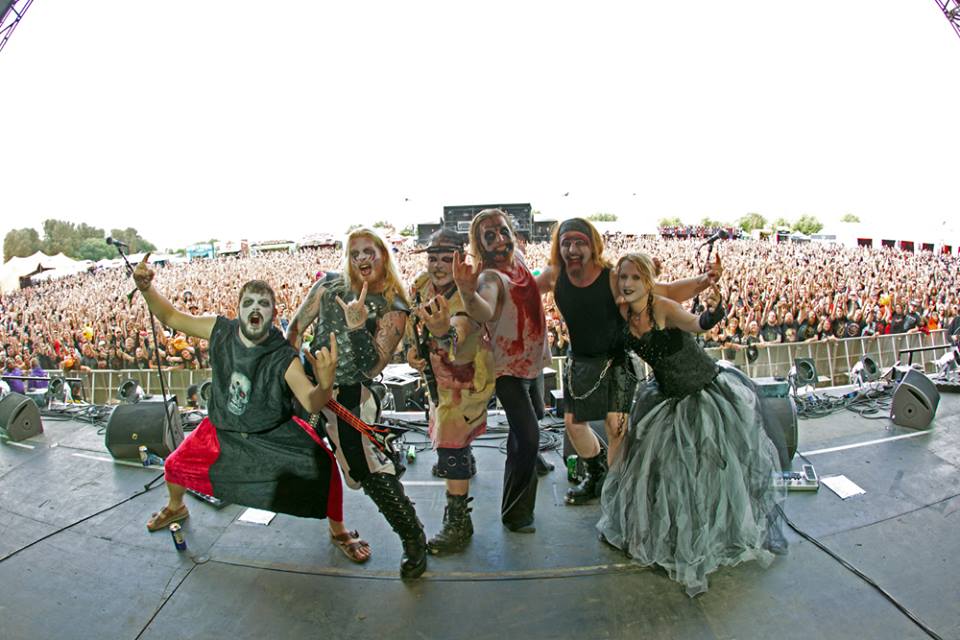 Following the bands hugely successful and highly talked about performance on the main stage at this years Bloodstock Festival (See Overdrive review here) and the release of Galactic Hunt, Evil Scarecrow can’t seem to do any wrong!

This will see the bands first headline performance in Ireland with a spectacular line up of support bands from Psykosis, Enshrined, Displaced and Subsist.

Tickets are priced at €10.00 and will be available on a first come first served basis on the door on the evening of the event.

For those of you that are unfamiliar with the mighty Scarecrow, have a read of their biography below and make sure to mark your calender for April 11th! \M/

For more information on this event and others by EHT Promotions, hit this link! 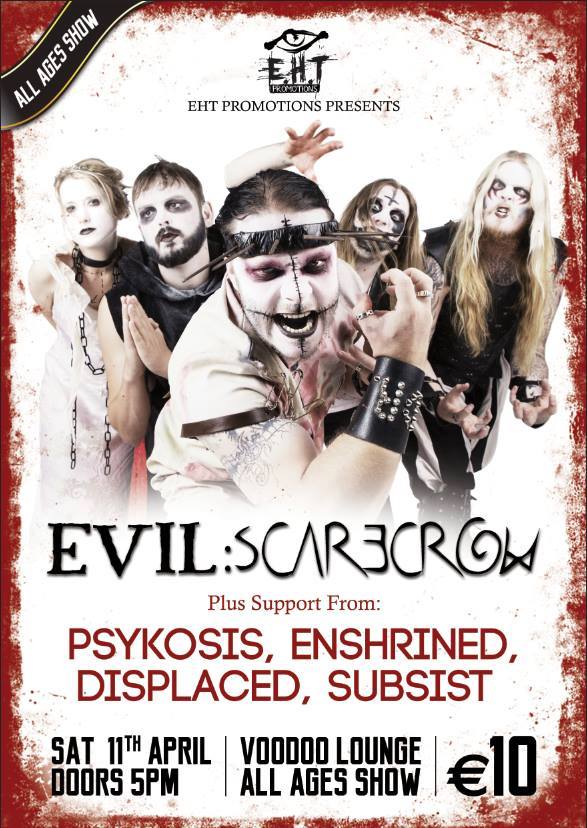 Many years ago in a desolate Lincolnshire town a band of dubiously termed musicians of Nordic heraldry with a fondness for sticky back plastic decided to go their separate ways, but as a phoenix rises from the ashes a new and perhaps even more glorious band emerged from the dying embers of Thor’s Children (widely regarded as the greatest Blue Peter Metal band of all time) and thus Evil Scarecrow triumphantly exploded in to existence.

In the following years the slowly band relocated to Nottingham evolving through several line up changes to become the monstrous and stunning apparition that you see today. The current incarnation of the band is version 5.0 featuring Dr. Rabid Hell, Brother Dimitri Pain, Kraven Morrdeth, Princess Luxury and Ringmaster Monty Blitzfist.

The band have two full albums “Crowcifiction” and “Sixty Six Minutes Past Six” with the “Hell Dog” EP being released between the two. Two official videos have been released, the ever popular “Robototron” and fan favourite “Blacken the Everything”.

It is in the live arena that the band have really proved their worth, they have gigged relentlessly around the UK for a number of years captivating and sometimes rather surprising audiences from venues as small as the local pub, as legendary as Nottingham Rock City, as mammoth as the main stage at Bloodstock Festival and as exclusive as a boat sailing down the Thames on the way to the Metal Hammer Golden Gods Awards. Everywhere they play they win new fans, their passion and enthusiasm ensures they always connect with their audience who in turn spread the word far and wide.

The unwavering support of their fans has seen Evil Scarecrow win the Bloodstock Unsigned Competition and feature in Terrorizer’s best unsigned band readers’ poll, in October 2013 the fans stepped up once again by ensuring the band reached the goal of their first Pledge Music Campaign less than 24 hours after the project went live.

This support is what keeps the band pushing forwards as they step into the studio with legendary producer Russ Russell to record their highly anticipated 3rd album, the first recorded with the current line up. As ever the album will include influences from across the metal genre melded together with the inimitable Evil Scarecrow humour and just a smattering of some rather more imitable dance moves. The band show no signs of slowing down their gigging schedule with shows across the UK scheduled throughout the coming year, including a return to the Main Stage of Bloodstock 2014 and Hammerfest 2015. When they’re invading a stage near you, it’s not to be missed!

Don’t forget about HIRAX who will be performing in Fibber Magees on March 15th! Click the graphic below for more information!