EVIL SCARECROW have released their supernaturally spectacular video for new single ‘Polterghost’, the second track taken from their upcoming album ‘Chapter IV: Antartarctica’ due out on the 28th September. 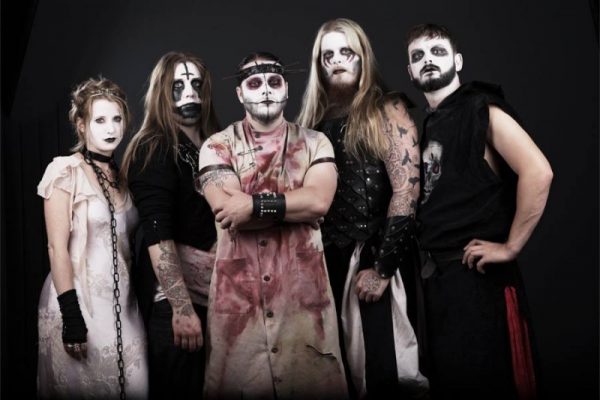 The UK’s heavy metal Monty Python crew, Evil Scarecrow are gearing up for the release of their new album ‘Chapter IV: Antartarctica‘ on September 28th and to get your’s ear-boners in check, a new video has surfaced for ‘Polterghost’ which is very much in line with all things Evil and Scarecrow (ish).

You can check out the video below;

A few words from Dr Hell on the new album:
“More silly nonsense, made up words and surreal madness, combined with our love of huge, epic, heavy metal sounds. We’ve poured our heart and soul (and probably some bodily fluids) into this record.

‘Chapter IV: Antartarctica’ is (as the title expertly suggests) our 4th full-length studio album. We really wanted to push our (albeit limitless) musical boundaries and create a record that connected with the world we live in today. I think everyone can relate to the endeavours of a sandal-clad monk bravely exploring a sub-antarctic wasteland, on an unknown quest, enduring the extreme elements and battling his inner demons…
If not that, haven’t we all had to live with a malevolent “Polterghost” at some point? Laddering our tights and chucking spaghetti about the place… Bastards.

Polterghost kicks off the run-up to the album release in truly unique Evil Scarecrow
style and with ‘Chapter IV: Antartarctica‘, expect more riffs, roars and rampaging madmen (and women) than ever before! 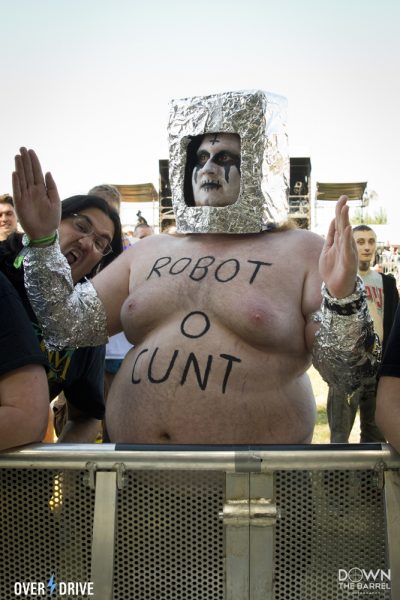