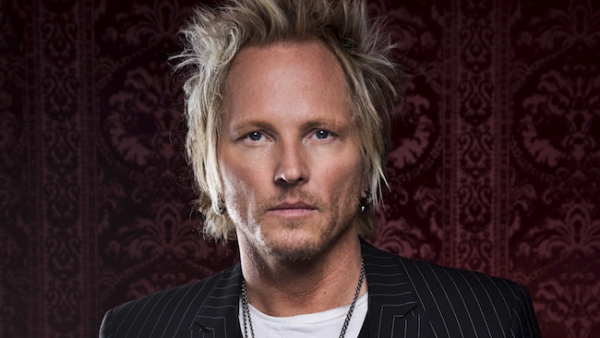 “Double Talkin’ Jive: True Rock ‘N’ Roll Stories From The Drummer Of Guns N’ Roses, The Cult, And Velvet Revolver“, will now arrive on September 7, 2021, via Rare Bird Books after being delayed several times due to the coronavirus pandemic.

In “Double Talkin’ Jive“, Sorum takes music lovers behind the scenes of a remarkable life in rock. Sorum, whose albums have sold tens of millions of copies around the world, provides an honest, engaging account of the highs and lows of superstardom.

Sorum recounts his childhood years idolizing Ringo Starr and surviving an abusive stepfather. After leaving high school, Sorum sold pot to get by. Over time, his drug-dealing escalated to smuggling large quantities of cocaine, a career that came to a halt following a dramatic shoot-out. Sorum fled his old life and settled in Hollywood, where he’d enjoy a rapid ascension to rock ‘n’ roll immortality.

Sorum opens up with forthright honesty, sharing anecdotes from his time touring the globe, battling drug and alcohol addiction, and navigating volatile relationships with Axl Rose, Slash and the rest of the GN’R team. His career with THE CULT, GUNS N’ ROSES, VELVET REVOLVER, MOTÖRHEAD, the HOLLYWOOD VAMPIRES and KINGS OF CHAOS co-stars an ensemble of rock royalty, from Gene Simmons and Billy Idol to Steven Tyler and Alice Cooper.

“Double Talkin’ Jive” goes beyond the clichés of sex, drugs, and rock ‘n’ roll, telling the very human story of what it takes to make it in music, and the toll stardom exacts from those who achieve success. Sorum invites fans to revel in the debauchery of the good times but also paints a stark portrait of life after the party. Music fans of any generation will find value in the pages of this evocative, thoughtful, and candid autobiography.

During a recent appearance on the “Stop! Drop & Talk” podcast, Sorum stated about “Double Talkin’ Jive“: “I named it after a GUNS N’ ROSES song, ‘Double Talkin’ Jive’. [Then-GUNS N’ ROSES guitarist] Izzy Stradlin wrote that song. We played it together — on the [‘Use Your Illusion I’] album, me and Izzy tracked that in one take. And the premise of the lyric was based around the kind of pitfalls of the music business and success. There’s this undercurrent that’s not pretty. And I talk very truthfully about things that I went through, from my perspective.

“I didn’t wanna come off jaded,” Matt continued. “I have to tell the story the way it went for me, and I hope that people don’t take it as I sound jaded or something. I just wanted to be as truthful and honest as possible, from my perspective, if that makes sense.

“I think there’s a misconception that maybe, as musicians, we’re a bit elitist or privileged, or things are handed to us, and we just automatically appear, and now, all of a sudden, we’re famous. So, I just look at it, I’m, like, well, yeah, I have a great job. I’ve got a great life. I’m super grateful for all the things I’ve been able to do. But in the book, you can see that it was a lot of hard work.

It was a lot of bruises along the way. And then, as the career goes and you get successful, stuff happens. There’s, of course, the famous drug-and-alcohol shit that is kind of like ‘Behind The Music’ VH1 — I mean, that all happened to me. You know, the pitfalls of rock and roll stardom and all that shit.

“For me, when I was doing it,” referring to the rock-star lifestyle, “and when I was at the height [of GUNS N’ ROSES‘ success], I’m, like, ‘If I don’t do this now, I’ll regret it later.’ So I just tried to live my life as I thought I would wanna live it as a kid dreaming to be in a rock and roll band.” 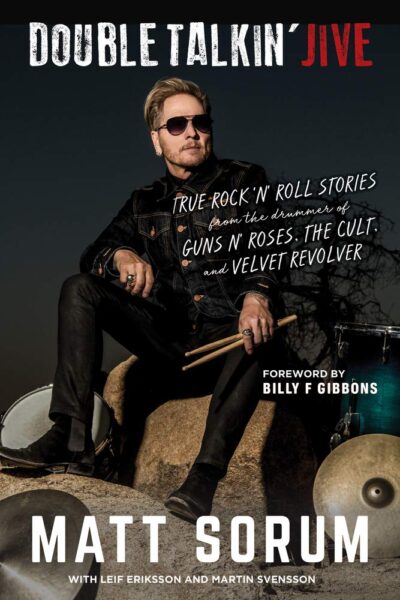