Nuclear Assault’s Danny Lilker, pulled into Dublin for an exclusive sold out performance in the Voodoo Lounge as part of the ‘Final Assault’ tour and Overdrive managed to get some time with the man himself to talk about his epic career, a S.O.D reunion and the future of Nuclear Assault. 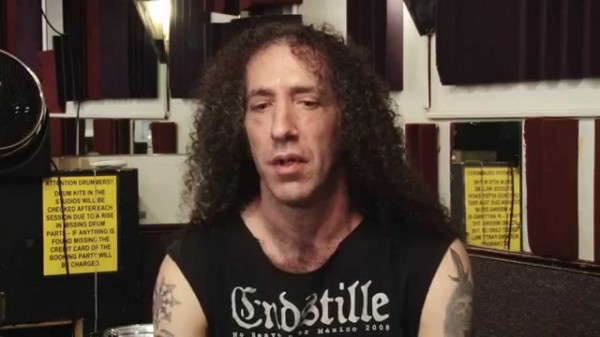 As one of the most iconic metal musicians of our time, Danny Lilker stands before me in the pokey surroundings of Nuclear Assault’s dressing room, it’s hard not to feel a sense of overwhelming appreciation for the man who literally lives and breaths metal! As a founding member of Anthrax and Nuclear Assault, Danny has been responsible for some of the most neck breaking music to every grace your ears! S.O.D and Brutal Truth anyone?

OD: Firstly, looking back over your career, it’s pretty staggering to think of what you have achieved. How long did you contemplate writing a book and how long did the process take before you were happy for it to be published?

DANNY: I am not the one who thought of the idea for the book, actually the author is Dave Hofer who did the merch for Brutal Truth. We were on a European tour in 2008 or something, driving around Spain like a seven hour journey from Madrid to Barcelona. It was a long-ass boring drive and we were smoking weed and just goofing off. I was telling stories about funny shit that happened in the past and people were laughing and as usual someone said “You know you should write a book”. 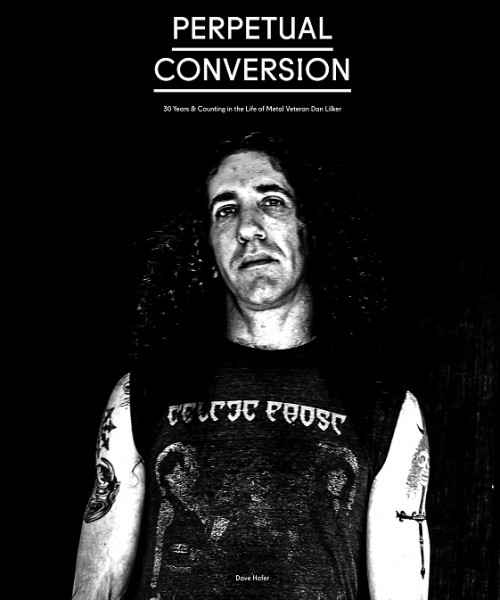 I would never have the organisational skills to put that together and Dave just said came out and said “I’ll do it”. He did journalism for like punk rock magazines and interviews that were like six hundred words or so, but he decided to commit and take on this enormous task. Once that happened we went looking for a publisher and one reason the process took so long was that this first publisher didn’t work out. It was his first project and looking back, I don’t think the dude knew what was involved what it involved. It’s like trying to run a label and can take up a lot of time. Vinny Fiorello (Paper & Plastic) who plays in a band also (Less than Jake), which is a pretty popular pop punk band as the drummer, so I guess that he was distracted with other stuff. It got frustrating when you would email the dude and wouldn’t hear back from him for three months or something and the clock was ticking.

During this time, Dave was still organising things and emailing people trying to get the project off the ground. During this time Handshake Inc swooped in which is cool, as they are an independent music, video and publishing company, however now they have gone down too. So now we are thinking about different routes to press should be have too and I really want to get some different language editions done in Portuguese, Spanish, and Italian.

So yeah it took years, but during that time I was doing more shit and which was all relevant for the book but we just had to draw a line and get the thing out there, if you know what I mean.

OD: The title of the book ‘Perpetual Conversion’ is a great title. Did you have any other ideas of what to call it and why did you finally decide on this title?

DANNY: We might have tossed around some others that weren’t as good, but this book is totally unique to me as I am used to thinking of album titles and band titles, but this was really different for me. You don’t want to make it cheesy or too long. And then what to do for the cover so it was just me standing there with my Celtic Frost tee-shirt o,  as I do that a lot – stand around with metal shirts on (laughs). That’s just me, you know.

OD: Taking a look at the start of your career with Anthrax to present day, what would you say has been the most defining moment that has stuck with you for all of those years? 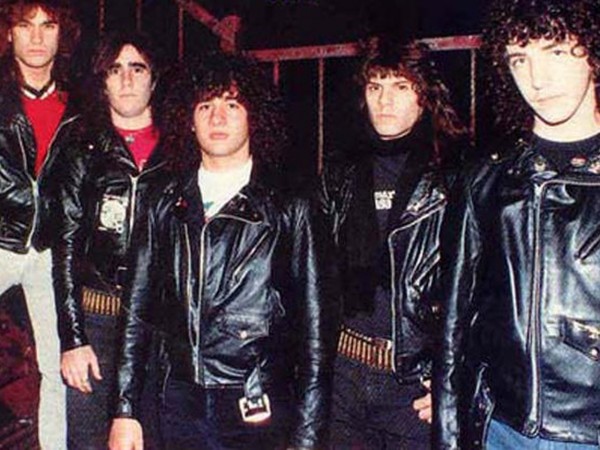 DANNY: Just certain little high points that hit you, like the reaction to the S.O.D album which was not taken very seriously on our behalf. Or the first time that Nuclear Assault went to Japan or headlined the Hammersmith Odeon or when the Brutal Truth three second video was sarcastically mentioned on MTV news during the day. Earache was so happy about that, of course that was when they used to actually play videos back then and not these fucking stupid teen reality shows, I mean come on man – fuck that shit! 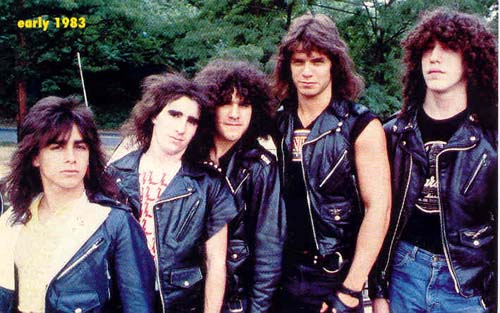 OD: Considering the success of S.O.D would it be safe to say that we will never see another album released due to the relationship with Scott & Charlie and yourself and Billy?

DANNY: Well it is the thirtieth anniversary this year and a girl from the label was asking about a show. I am fine to do it as long as it didn’t conflict with anything else on my schedule. Anthrax always seem to be busy all the time you know, never say never but there is nothing I know about at the moment. Actually the only thing with S.O.D is the re-release of ‘Speak English Or Die’ with the Crab Society North stuff on it. We pre-dated Anal Cunt and all that shit by a few years as far as just having 7 second songs of just pointless blasts of noise. We didn’t use regular instruments either, we used on a cassette case with a screwdriver and a drum stick. The old tape decks, they had a microphone in-level and you could set the level to get your desired sound and when you put it to 10 it just was like a fucking jet engine. It was awesome. 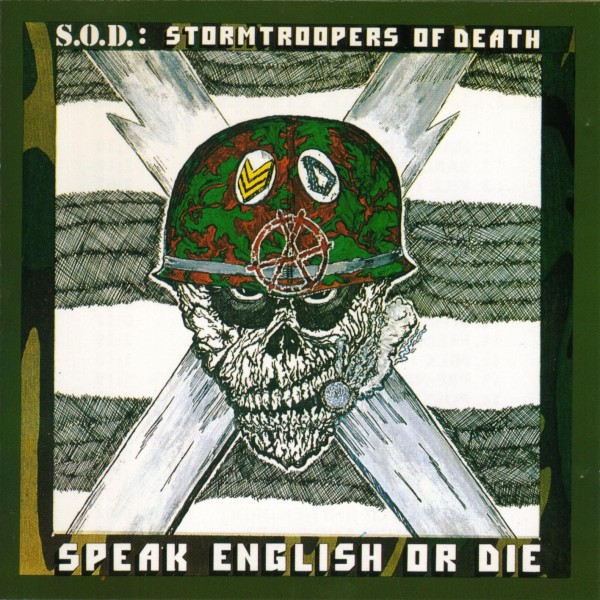 Anyway all that stuff will be on the ‘Speak English Or Die’ re-release. I’m not sure when it’s coming out but I’m sure it will be all over the internet when it does finally appear.

OD: When was the last time you saw any of  the S.O.D guys? 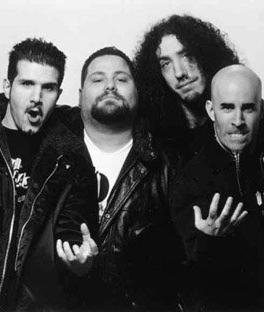 DANNY: I haven’t seen any of the guys in a while, but we would talk once in a while over email or text, shit like that, you know. It’s just one of those things, we are all doing our own thing.

OD: ‘Speak English Or Die’ is a tongue in cheek album lyrically. In light of how hyper sensitive and politically correct the world has become, do you think that that album could be released for the first time in this day and age without controversy?

DANNY: It probably would be too over the top for now. Some of it is still relevant like the ‘Fuck The Middle East’ is still relevant! But, you know when we did it, it was tongue and check, lets take the piss and we wanted to see what people would say. It was directed at people who had no sense of humor and had a stick up their asses. It’s kind of like that Bonnie Raitt song, ‘Let’s Give Them Something To Talk About” and we did!

OD: The list of bands that you are involved with, or in is pretty insane. Nokturnal Hellstorm, Blurring, Venomous Concept, Nunfuckritual and Nuclear Assault. How do you find the time for all of these projects?

DANNY: Well Brutal Truth is done so that has freed up some of my time and some of the other bands are not all the active. Nunfuckritual is a band that I just recorded with, so I recorded the bass tracks at home and sent them over. We never did any shows, so it doesn’t take up a lot of my schedule. The drummers from Nokturnal Hellstorm and Blurring are with me today, Erik (Burke) who plays guitar with us in Nuclear Assault is the drummer from Blurring and Nokturnal Hellstorm drummer Colin Hanna, is doing drum-tech for us on this tour. We play locally (Rochester) every now and again as well as a few out of town shows. We haven’t got the chance to get out much yet but hopefully soon. We would love to get over here and do some show’s. It’s all cool you know, we will do a show in Pittsburgh and have to do like a 5 hour drive and it’s like woohoo, that’s the tour! Ha ha.

OD: When writing music, do you have a bank of melodies/riffs that are boxed off for each band?

DANNY: Normally if a riff comes into my head, I decide what it would be good for, you know? It’s like that’s a Nuclear Assault riff because it’s not too evil, but if it’s a riff for Nokturnal Hellstorm, I have to ask myself, ‘is it evil enough?’ So yeah there are certain criteria.

With Blurring, we have a very unique writing system where is main dude in the band is the guitar player, Scott, and you hand him the riff and he mutates it, so the it becomes three times as sick and almost unrecognisable.

OD: In light of the recent ‘Pouder’ EP (Dry Heave Records) and your statement last year about taking things a little more easier on the touring / recording side of things, have you changed your mind at all over the last year or are you looking forward to kicking back and concentrating on things in Rochester for a while? 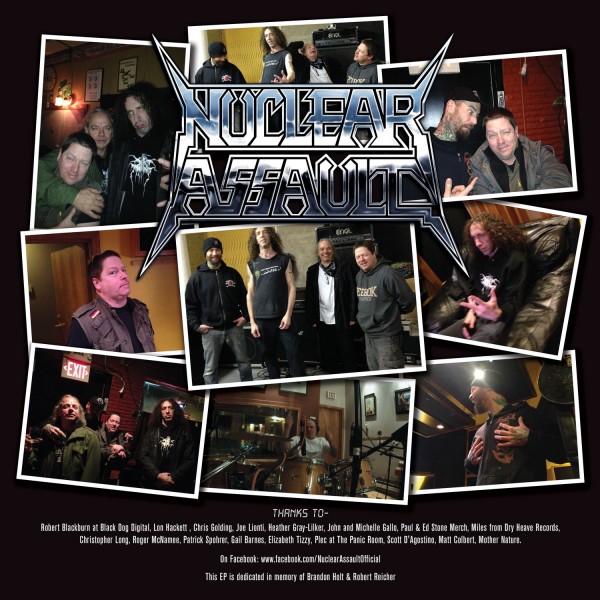 DANNY: It is just been really good so far. We have never done so many shows in a row and each one has been fucking amazing. Yea it makes you think about things and after this final Assault thing and what I’ve said about retiring, I’m afraid we have almost pulled an Ozzy (ha ha). All we need now is a Sharon and start charging €85 quid for a band shirt. She ruined Ozzfest by getting all those stupid fucking nu-metal bands on the bill. Fuck her and her stupid reality show bullshit!

OD: What is the plan for after the Final Assault tour?

DANNY: Well when this leg of the tour winds up at Bloodstock which I’m really looking forward to, we are then off to Montreal , then a couple of days off and off to South America. All I know is that it’s been great and the response has been beyond expectations. We have a sold out show here tonight and that just makes it all worth wile, you know? I love doing the club shows as they are just so fucking old school, hot and sweaty. I’m digging the festivals also as it’s just a different vibe but still very cool. Bloodstock won’t know what hit them! Right-on man, see you in the fucking pit! 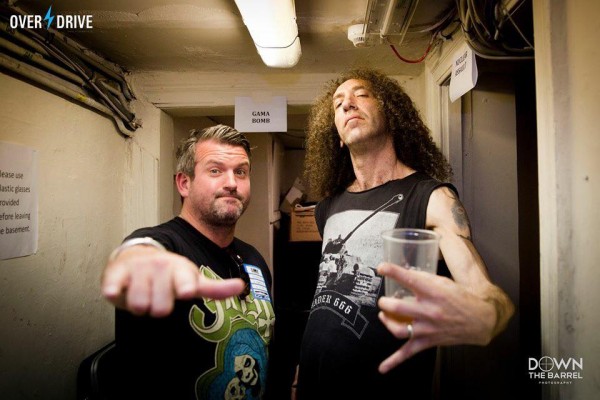 Nuclear Assault play the main stage at this years Bloodstock on Friday 7th August in Catton Park, Derbyshire. For more information on Bloodstock, just hit the graphic below. Tickets are limited and should be purchased ASAP to avoid disappointment. 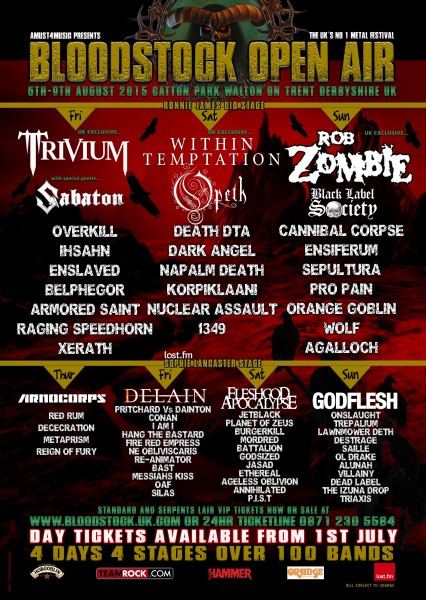