Overdrive are thrilled to announce that we have an exclusive stream to the debut Empress AD album “Still Life Moving Fast”. What are you waiting for? 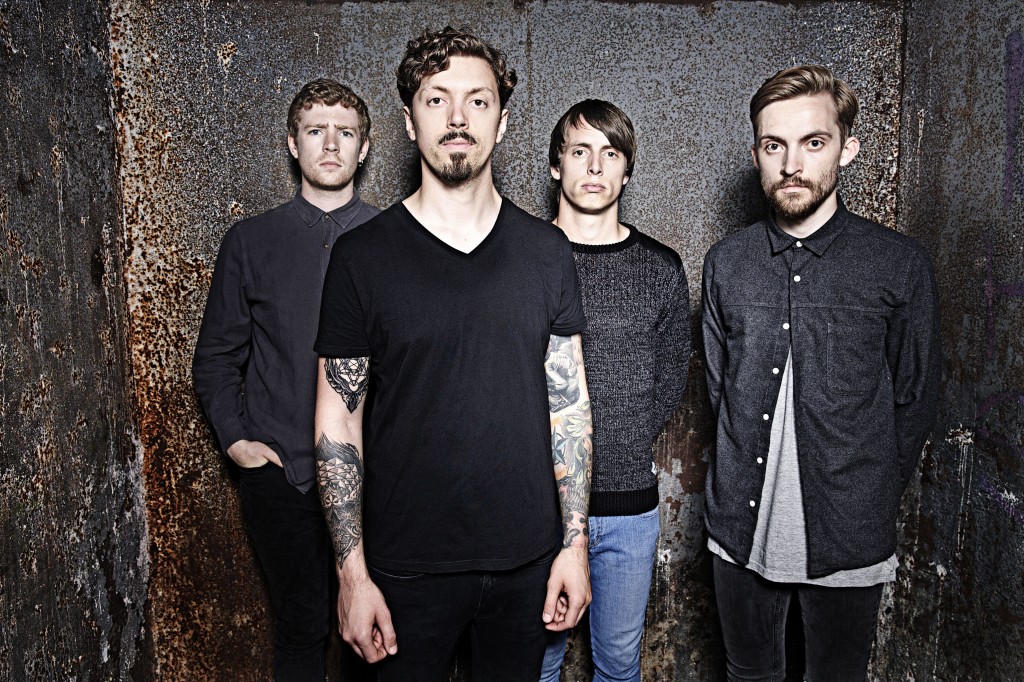 Empress AD – “Like the four guys from Mastodon riding a whale, wearing an Elbow t-shirt. You’ll be amazed” – Music Week

Meet EMPRESS AD, a new British progressive rock quartet. Their debut album, titled ‘Still Life Moving Fast’ is set for release on Friday August 29th. The album will be released in CD and digital formats, by new label Roadrunner Records, who snapped up the British band two months ago.

Having taken time to carefully hone their style of the music they love, EMPRESS AD have written an arsenal of songs that veer from an expansive, progressive sound to an aggressive, controlled roar. Citing their influences as Pink Floyd, King Crimson, and new label-mates Mastodon and Opeth, the Berkshire four piece locked themselves away in a UK studio with experienced New York-based producer, Andrew Schneider (Cave In, Pelican, Old Man Gloom) to craft their debut. Their method of recording the music live, quickly, and as organically as possible has led to noticeable nuances within the album – details for the listener to pick up on after repeated plays – but, more importantly, it has led to the kind of natural feel to the music that cannot be replicated with a couple of extra weeks tweaking behind the scenes.

After the looping atmospheric intro, ‘Still Life Moving Fast’, comes ferocious first single, ‘Invisible Conductor’. One of the initial songs written for the album, it’s also one of the more straightforward songs, but there’s nothing straightforward about it. Getting weirder, however, is ‘On My Return’, which sees those previously-mentioned little nuances in abundance. Littered amongst menacing drums that give way to soaring, soothing vocals and the kind of timeless melodies, you’ll have to take time to find them, but when you do, you’ll have full faith in the future of British rock music.

The result is a debut album for the ages. With lyrics that focus upon suggestive metaphors for the intangible minutiae of everyday life rather than relationships and lost love, this is a band of musicians as focused upon grooving together as one as they are on their songwriting and being able to relate to fans on an emotional level. Soothing and utterly crushing in turn, EMPRESS AD’s music juxtaposes gentle harmonies with frantic ferocity; relaxed strumming followed by thrash beats, time signature changes and other meanderings that you’ll just have to find out about for yourself.

You might already be familiar with EMPRESS AD from their unswerving stints on the road over the last couple of years with Baroness, Cancer Bats, and Bring Me The Horizon, as well as Arcane Roots and Kvelertak. Catch the band next at this summer’s Hevy Fest at Port Lympne mid-August.

For your chance to hear “Still Life Moving Fast”, simply hit the link on the side of the page titled “Tune Of The Week” and enjoy! To pre-order your copy of the album just hit this link.