Having been in one of the biggest Rock bands of the noughties, Frank Iero finally brings his solo album to life in Dublin’s Academy for an exclusive one night intimate show. Overdrive caught up with the musician, photographer and poet to find out what’s been happening! Dive it….. 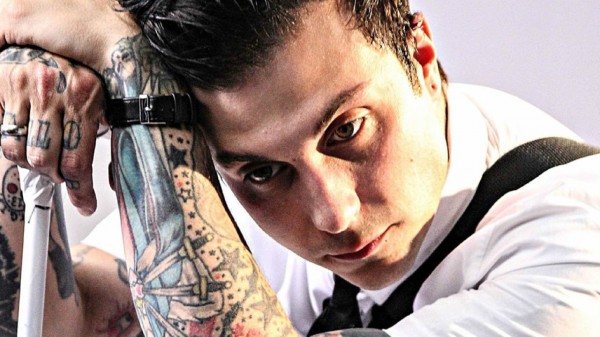 Frankiero and The Celebration will be performing at Dublin’s Academy on Wednesday, September 2nd for one night only. Tickets are on sale now priced €18.50 inclusive of booking fee. This is an over 14’s show.

OD: Lets talk about the album title for a minute and why you choose to call it Stomachaches.

FI: Well, it stems from what I was going through at the time physically; I had bad digestive issues. Really, the play on it was that I was feeling so terrible, that I couldn’t do anything, especially be creative, so I took a defiant stand and whenever I didn’t feel like getting up or do anything, I would force myself to get up and write a song. Calling the album Stomachaches was because it became synonymous with the songs. 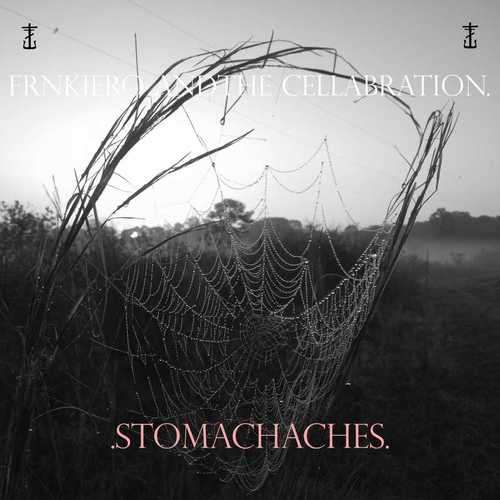 OD: You have released Joyriding and Weighted as singles from the album, can you disclose of a possible other song to be released, or what is next for your solo career?

FI: Yeah, well I am always writing and being creative, so there are definitely things happening. Now that touring has slowed down and I find myself at home, that’s when the next LP comes to life. I have a lot started already, but you have to know that I can’t write on the road. For some reason, it’s hard for me to finish anything when I am not back home. I am very much a creature of habit and I need to be in an environment that I am familiar with to be able to finish everything and feel comfortable about it.

OD: At what point did you start writing for your solo career? Did it start when MCR (My Chemical Romance) was still going? 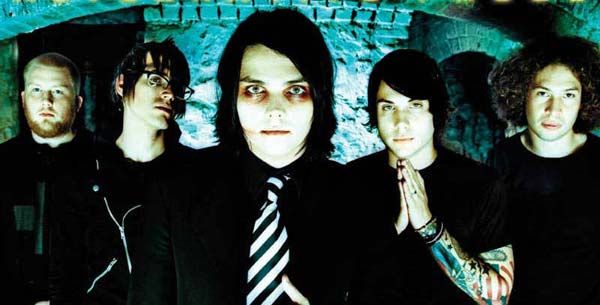 FI: Yeah there were riffs here and there with MCR, but when we disbanded in 2013, I was playing in Death Spells with my friend and that was where all my energy was going. But then James (Dewees) was also doing a Reggie and The Full Effect record and while he was busy with that project, that was when I started to get sick and a month after that, was when I really started to write.

OD: Let’s talk Death Spells for a second, it’s so far removed from any of the other stuff you have done, it must feel good to be able to let your inhibitions go and write stuff like that? When will the album be coming out? 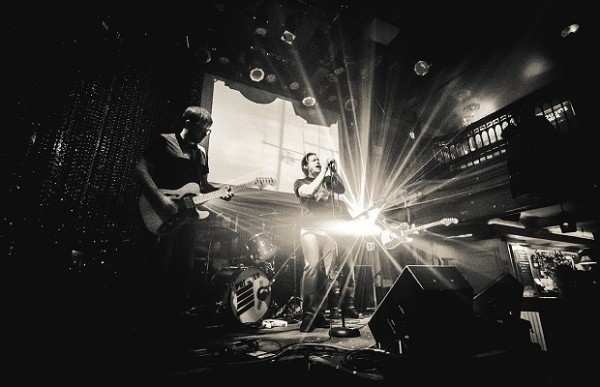 FI: Yeah, I think any kind of creation lends itself to that and to get energy out, especially with that project, as it so far removed from anything else I had done and I loved doing that. What’s the point in doing the same thing over and over again? Going into the project was a challenge for me to put myself in that position, but the beauty of it was that I get to do it with my friend and I felt comfortable to try anything. James is such a genius that you are constantly inspired, which is just such a rewarding experience for me personally.

OD: There is a much dirtier, trashy sound to your solo stuff when compared to the MCR stuff, it really sounds like you recorded it in a live setting, rather than laying down separate tracks. Was this the case or how did you approach the recording?

FI: Well I had my friend Jarrod Alexander (former MCR drummer) come out and do most of the drum tracks, which I demoed a lot of before electronically, as I needed them for the songs. He did that over four days and really experimented with different sounds and tones in this big warehouse that I was lucky enough to record in.

The bass and guitar tracks were all done in my basement,  which was great as I could just go down there anytime of the day whenever I felt the needed to create. Most of the songs are done just like one take for each instrument and on songs like Stitches, that is the actual demo guitars where you can hear that I am trying to figure out what is going to happen in the song. Moments like that you can never recreate. It just makes the whole experience very real and I like the way that the whole album delivers that feeling.

OD: Was it a different experience for you to adapt to when doing that album, as it’s all on your time rather than the MCR stuff?

FI: Yeah, this album is one of my favorites for the moments and the mistakes that in MCR we would have told to take out or redo, I like that. It is more personal and you can imagine that a person made this with their hands and that it is not chopped up and done by a computer. I don’t like rock music that does that. A real organic sound that comes from the heart. Music should have flaws, bumps, scratches and marks as it’s a reflection of real life. I write about real life and I want my music re reflect that.

It was nice to be in full control of everything and flesh out an idea and see where it goes. When you are in a room with other people, it is hard because if you get an idea and it doesn’t work right away it gets tossed pretty quick.

OD: Your setlist for the solo shows have included some Jawbreaker and Leathermouth stuff, will we be hearing some of that when you come to Ireland?

FI: Yeah, it is really hard to do a headliner show when you only have one record out and it is only 40 minutes long. You know “oh shit man what are we going to play?” There are a couple of songs that still lend themselves to what I wanted to do, some B-sides and some cover songs that I have always wanted to play with friends. It is great to get up and just have fun with a song.

OD: Do you get people asking you to do MCR stuff at shows?

FI: You know, no one has ever asked me to cover MCR (ha ha) and I think it would be different if I was the singer but no one wants to hear me sing My Chem stuff. I’m just not into the idea of playing that stuff. It’s not about that, you know. It’s about something different and to be honest a lot more gritty. 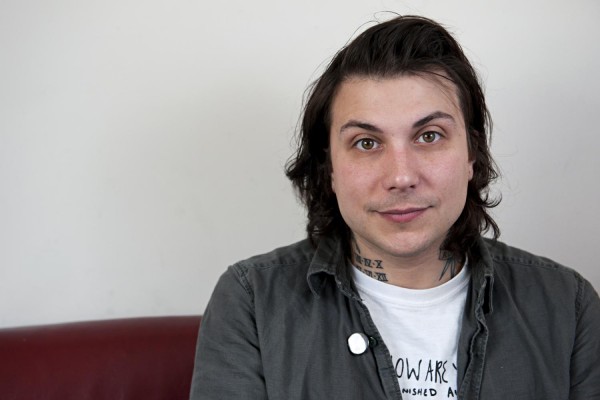 OD: Finally, do you have a message for anyone that will be coming to your show on September 2nd?

FI: Yeah definitely! Just thank you guys for the love and support and patience. I would have loved to play here a lot sooner, but logistically and timing wise it never worked out. We decided to extend that tour over a few days and play here just because we have never had a bad time there ever. Anyway, I’m gonna see you there and we are all just gonna have a blast. It’s all about the music. See you on 2nd September. 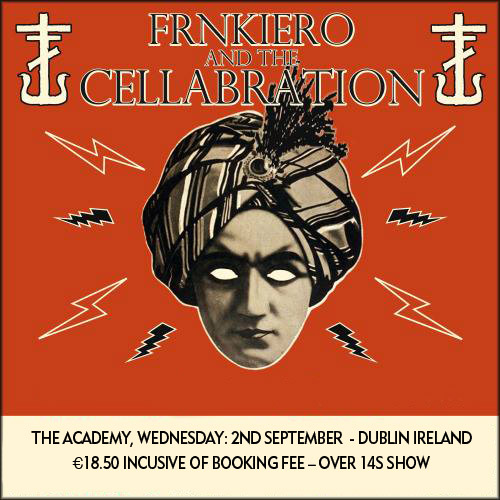 Frankiero and the Cellabration play Dublin’s Academy on Wednesday 2nd September with support from Axix Of. Tickets are now on sale from Ticketmaster, priced at €18.50 (inc booking fee) and available to over 14’s and above. For more information, check out MCD for more details.

FOR YOUR CHANCE TO WIN A PAIR OF TICKETS TO FRANKIERO & THE CELEBRATION ON WEDNESDAY SEPTEMBER 2ND, THEN FOLLOW THE INSTRUCTIONS BELOW.

For your chance to win tickets to the show and a copy of the bands new album, please do the following:

CLICK ON THE GRAPHIC TO ENTER & GOOD LUCK \M/! 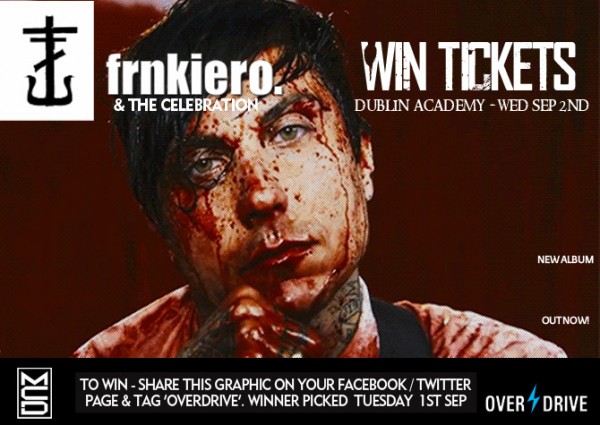 TICKETS ON SALE NOW FOR ‘PERVERTING THE INNOCENT’ 2015. HIT THE LINK FOR MORE DETAILS.