Hot off the cutting room floor! Overdrive brings you the new video from Slipknot! Enjoy. 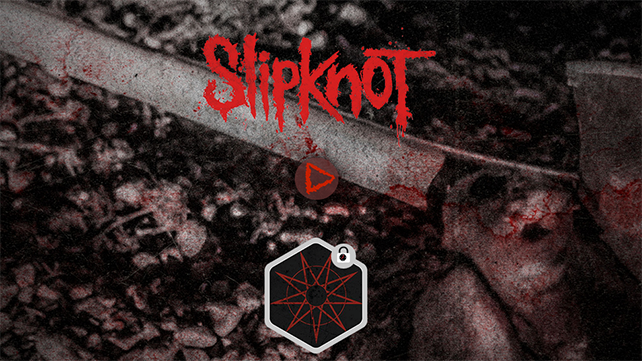 The official video for the new SLIPKNOT song titled “The Negative One” can be seen below. The clip was directed by the band’s co-founder, conceptualist and percussionist M. Shawn “Clown” Crahan. The track is expected to appear on the group’s upcoming album, which is due out in October via Roadrunner.

SLIPKNOT’s fifth studio album and first since 2008’s “All Hope Is Gone” is also the band’s first without late bassist Paul Gray, who died in 2010, and drummer Joey Jordison, who was dismissed in late 2013. Singer Corey Taylor told The Pulse Of Radio that the band’s remaining members pulled closer together in the studio. “It was almost like getting to know each other again,” he said. “We were all kind of grieving in our own way and dealing with things in our own way, and knowing that we had to be healthy to go in, we had to be creative to go in, and knowing that we were gonna have to fill this huge void, we just kind of took it upon ourselves to make up for that emptiness by being a little bit of Paul. Like we were all a little bit of Paul in our own way.”

Asked what has been most fulfilling about working on new SLIPKNOT music that he never experienced before, Corey told Full Metal Jackie: “This one, it just feels, there’s something weird about this one. Obviously this is the first album we’re making without Paul.

“After everything we went through, there’s a catharsis that comes with this, being able to throw all the emotion and aggression out that we’ve been holding onto. At the same time, getting to be creative again. Feeling that juice coming back into us. It’s been a real positive experience just from an artistic standpoint, a lyrical standpoint.

Corey recently described the musical direction of the new SLIPKNOT material as “a great mesh of [2001’s] ‘Iowa’ and [2004’s] ‘Vol. 3: (The Subliminal Verses)’.” He explained: “You’ve got the gorgeous melodies and the artistic direction of ‘Vol. 3’ and then you’ve got the absolute brutality of ‘Iowa’. And I think people are gonna lose their minds when they hear it.”

Reports have suggested that SLIPKNOT has recruited drummer Jay Weinberg to play on the new album and tour. Weinberg is the son of Max Weinberg, longtime Bruce Springsteen and the E STREET BAND drummer. There are also rumors that SLIPKNOT is no longer working with Donnie Steele, the group’s original guitar player who has been playing bass for SLIPKNOT since the band resumed touring in 2011.

SLIPKNOT announced in December 2013 that it had parted ways with Jordison. The band has not disclosed the reasons for Jordison’s exit, although the drummer issued a statement in January saying that he did not quit the group.

The second edition of SLIPKNOT’s Knotfest event will take place on October 24-26 in San Bernardino, California. More than two dozen other acts will join the headliners, including FIVE FINGER DEATH PUNCH, VOLBEAT, OF MICE & MEN, IN THIS MOMENT, HELLYEAH and ATREYU.