EXCLUSIVE – OFFICIAL IRELAND SLIPKNOT ALBUM PREVIEW EVENT – HEAR IT BEFORE ANYONE ELSE, BUY IT AND ENTER TO WIN TIX TO THE DUBLIN SHOW!


Overdrive asked and you answered! With over 1,000 responses over the last 7 days we are now happy to announce the official SLIPKNOT album launch/playback event! Details below…

Overdrive in association with Warner Music Ireland are pleased to announce the official Ireland Slipknot album preview event for the highly anticipated new studio album, ‘We Are Not Your Kind”.

This FREE ADMISSION event will be taking place in Dublin’s Grand Social on Thursday, August 8th from 7.00pm to 9.00pm.

Fans will be able to hear the brand new studio album, “We Are Not Your Kind” in its entirety, as well as being the very first people in the country to pick up a copy of the album, which will be exclusively available in CD and vinyl formats and a special CD/T-shirt box set. 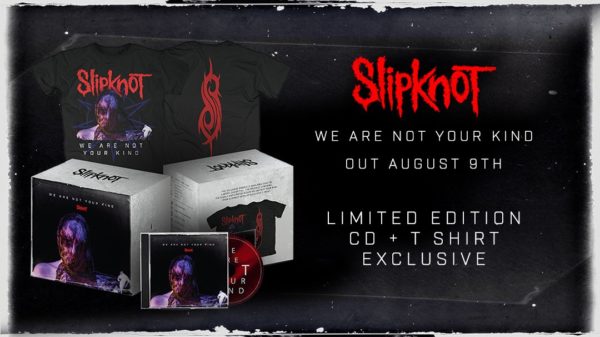 LOOK >>>Punters who buy the album will be automatically entered into a competition to win guest list passes to SLIPKNOT LIVE in Dublin next year when they kick off the European leg of their world tour.

Check out the list of cities where they will be unleashing hell below; 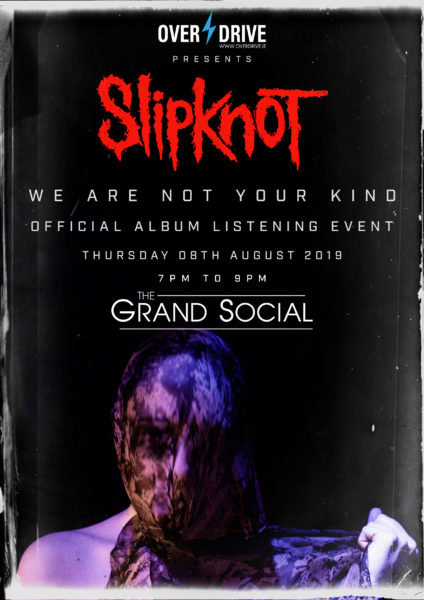