Californian four piece Papa Roach, have confirmed that they will be taking to the stage in Dublin’s Academy on March 20th. With the band about to release their forthcoming eight album “F.E.A.R” in January, it’s sure to be a blistering show that should not be missed! 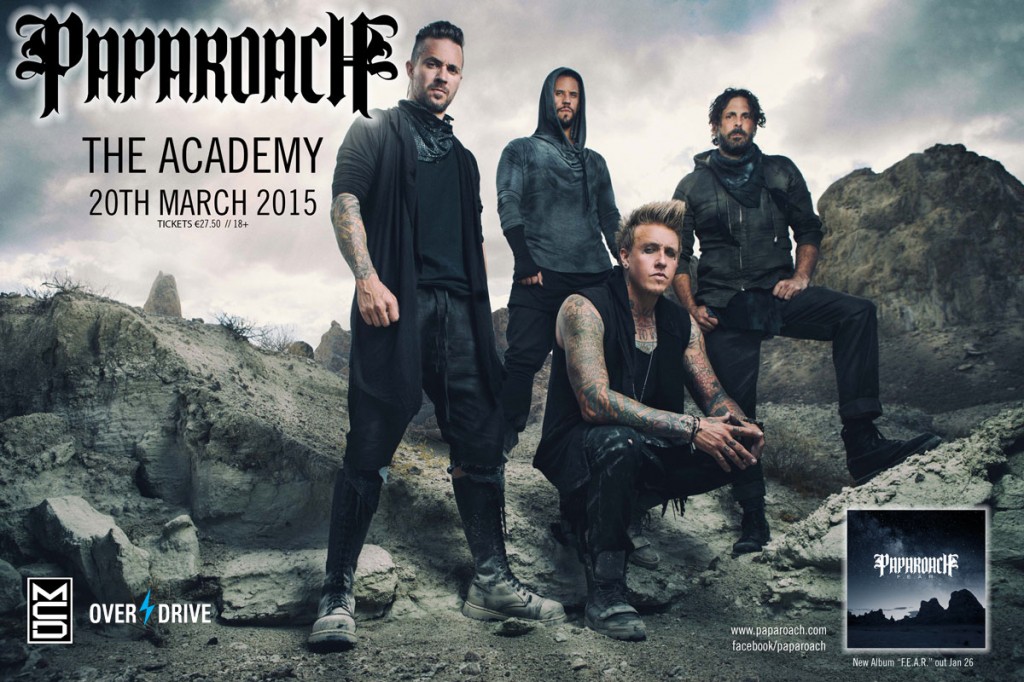 Tickets for the show will go on sale on Friday November 28th at 9am. To be in with a chance to win an exclusive pair of tickets, all you have to do is post this announcement on to your Facebook page and we will pick a winner this coming Monday morning! It’s that simple!!!!

In a recent interview with Kaaos TV, singer Jacoby Shaddix talked a little about the new album.

On whether the new PAPA ROACH song “Warriors” (a collaboration with hip-hop luminary, one-half of Eminem‘s BAD MEETS EVIL, and SLAUGHTERHOUSE member Royce da 5’9″) is representative of the music that fans can expect to hear on the band’s upcoming eighth full-length album, “F.E.A.R.”:

Jacoby: “No. There’s not one song on the record that really defines who PAPA ROACH is completely. I think, with that song in particular… I love THE PRODIGY. That’s, like, one of my favorite groups. And I told [the rest of] the band, I was, like, ‘Man, it would be cool to something like THE PRODIGY.’ I’ve always wanted to collaborate with them, but we’ve never been able to put that together. So I’m, like, ‘Well, fuck it. Let’s just make something that sounds like a clash between PAPA ROACH and PRODIGY,’ and ‘Warriors’ is that song. But no, I don’t think necessarily that that is the complete quote-unquote direction of the band, because we’re always experimenting from song to song. That’s just the kind of band we are.”

On the lyrical themes covered on “F.E.A.R.”:

Jacoby: “Fear is something that we all deal with on a very real level in our lives, and it can really shape and mold the direction and the outcome of what’s going on in our lives. And if we don’t face our fears and [if we] let our fears rule us, it kind of locks you in a box. And that’s what this record’s about — it’s about my journey of facing my fears and walking through those and becoming a better, stronger person, more comfortable in my own skin, and ultimately, in the end, a bit happier, a little bit more free.”

“F.E.A.R.” will be released on January 27, 2015 via Eleven Seven Music). The follow-up to 2012’s “The Connection” was recorded at The Hideout Recording Studio in Las Vegas. The band worked with two producers, Kevin Churko and Kevin’s son Kane.

Tickets for Papa Roach will be on sale Friday November 28th at 9am and available from Ticketmaster and Sound Cellar priced €27.50 (inc booking fee). Doors are scheduled for 7pm and it’s a 18+ show.

Hit the link below and like our Facebook page and you could be in with a chance to bag a pair of tickets to the gig! 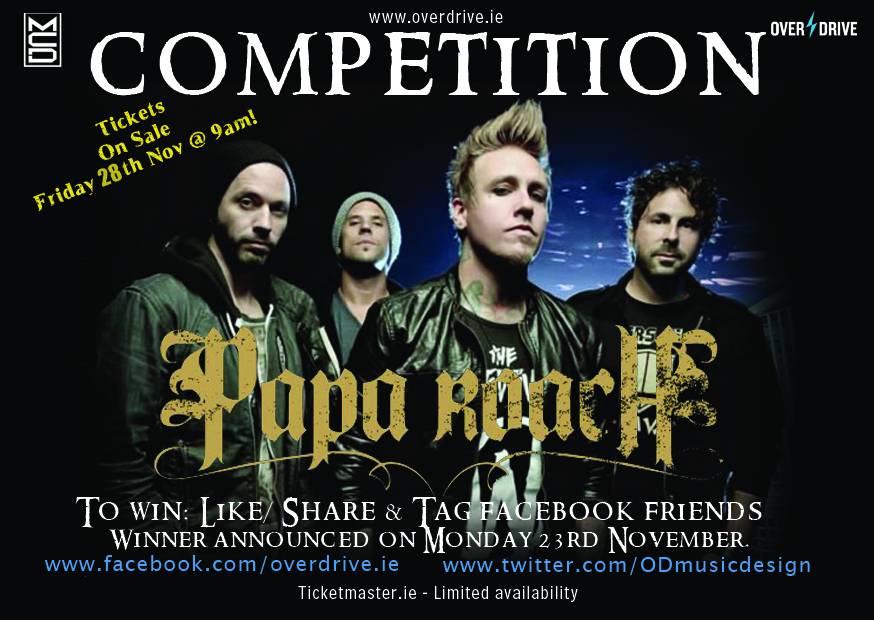