One of the surviving bands from the “Nu-Metal” era, Papa Roach will be rolling into Ireland for two exclusive shows next week, Dublin 20th and Belfast 21st March. Overdrive caught up with guitarist Jerry Horton to discuss the bands new album F.E.A.R and their memories of playing Ireland. 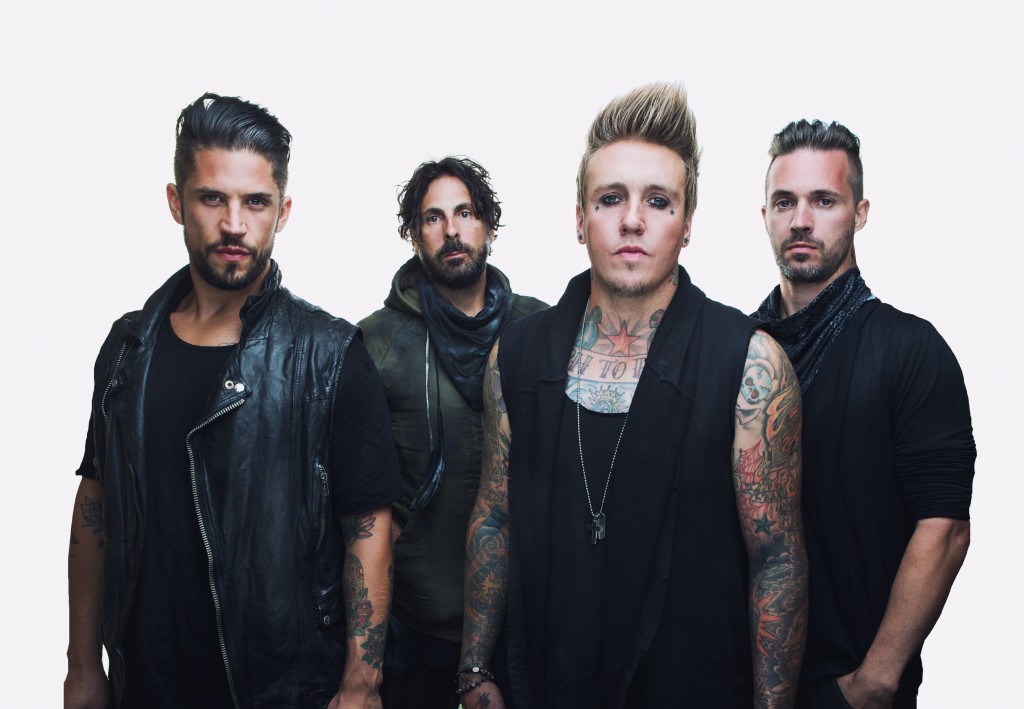 With that bands new album F.E.A.R (Face Everything And Rise) released in January of this year, Papa Roach guitarist, Jerry Horton revealed to Overdrive, the bands rather different approach to writing and recording the album, which saw them enter the studio with nothing written and living together during the entire process, which at times was intense to say the least.

OD – Firstly can we talk about the new album ‘F.E.A.R” (Face Everything And Rise) and how that title came about and what does it mean to you guys?

JERRY – It is something that we saw that just really appealed to all of us. One of our friends has a tattoo with that acronym and Jackoby noticed it and asked what it meant and when she told him, it just struck with us all. Mostly because it captures the essence of the themes of a lot of our songs in the past, as well as the present and we just knew that this acronym had to make it on to the record somewhere. The funny thing was, that when we got into the studio, we had plans of putting up butcher paper and writing a bunch of ideas down to use on the album, but that was the only thing that was written and it just ended up making the title. 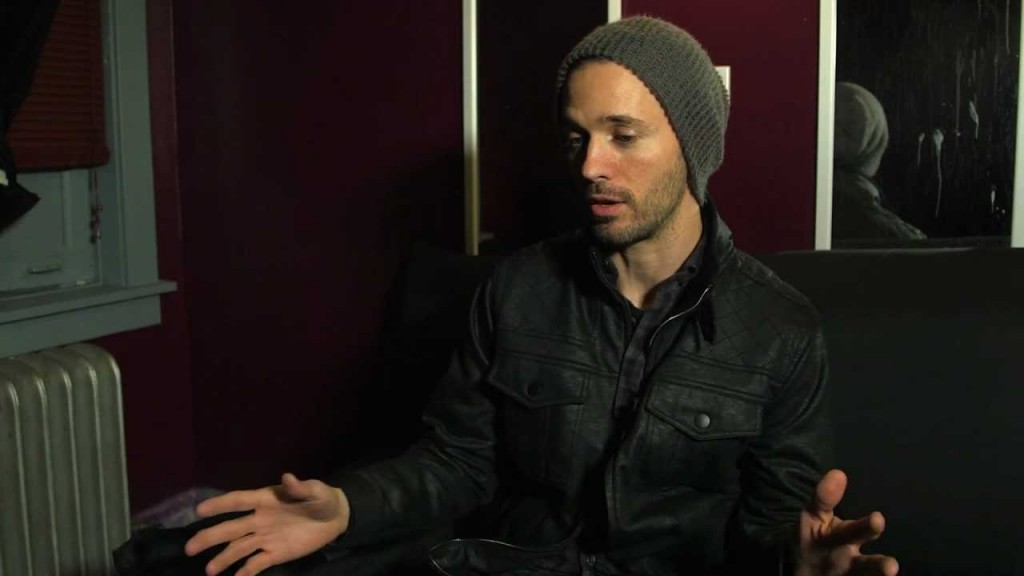 Towards the end of the recording process, we actually went through a bunch of different album titles and nothing really stuck, but when we finished the song “Face Everything And Rise” (see below), we just knew that this was what it had to be. It’s just a very empowering and is something that just instantly connected with us all.

OD – Did you have any other working titles before deciding on that one?

JERRY – The first ideas were “Hope For The Hopeless“, we felt that was maybe a little too much and there was another one “War Over Me“, but “Face Everything And Rise” just came out on top. It sums everything with us, not only the past, but with a lot of things that are happening with us right now and into the foreseeable future.

OD –  This will be your eight album, it only seems like yesterday that you released “The Connection” (2012), it seems that you guys don’t stop writing at all. Do you get any down time at all, or do you constantly keep writing? 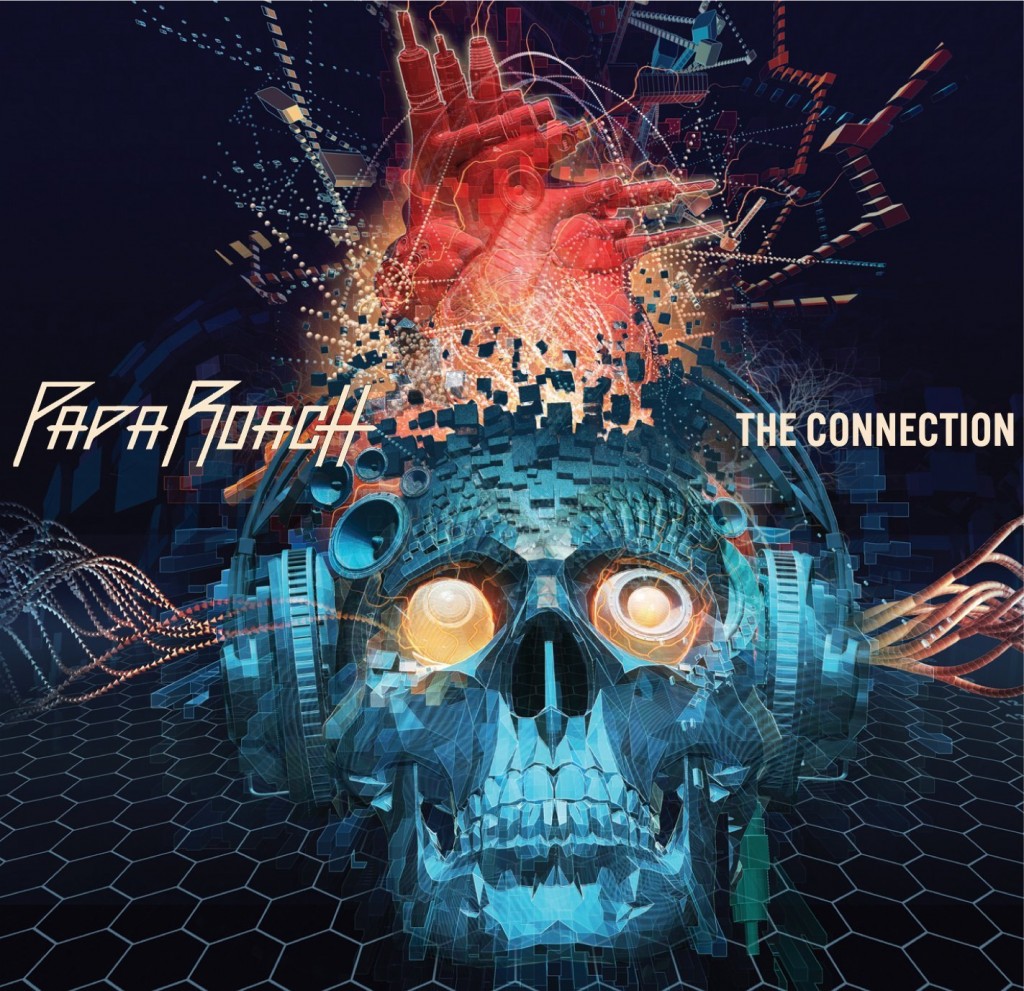 JERRY – Normally, between tours we go for about 18 months and then, basically take a month off to decompress and then start writing again. This time, we needed two months off, so we just said lets just not write and get into the studio and see what happens. Initially, for Jacoby and me especially, it was really disconcerting mostly because we like to be prepared. With Tobin (Bass), he is more a improvisational and confident kind of guy, so he wasn’t worried about it, but Jacoby and I were. When we got into the studio and made the fist song and once we got over that hump is was much easier. We got into the flow and continued with the rest of the album, which made it much easier.

Regarding time off, we just take it when we can get it, normally for touring we will go for a month and then get home for two weeks and go back out again. This gives us time to relax and not get burnt out and also get some family time.

OD –  I understand that you entered the studio with nothing written, this must have been a terrifying experience, can you talk a little about the decision to do this?

JERRY – Basically, we wanted to try something different and go out of our comfort zone a little. We had a very limited time at home and make the most of it and Tobin was really pushing for it. He was saying “let’s just see what happens” and looking back on it, we really do well under pressure. Compared to the last album ( “The Connection” 2012 ) we recorded it in our own studio, back in Sacramento and had no financial obligations and could take as much time as we wanted. We took 6 months to make that record and normally it takes us about 3 months to make an album.

With “The Connection” we really scrutinized that record and were very critical and tried to refine things over and over again. With “F.E.A.R”, it was more of a case of not over thinking it and focus on the best parts that we hear and try and make it the best record that we can. 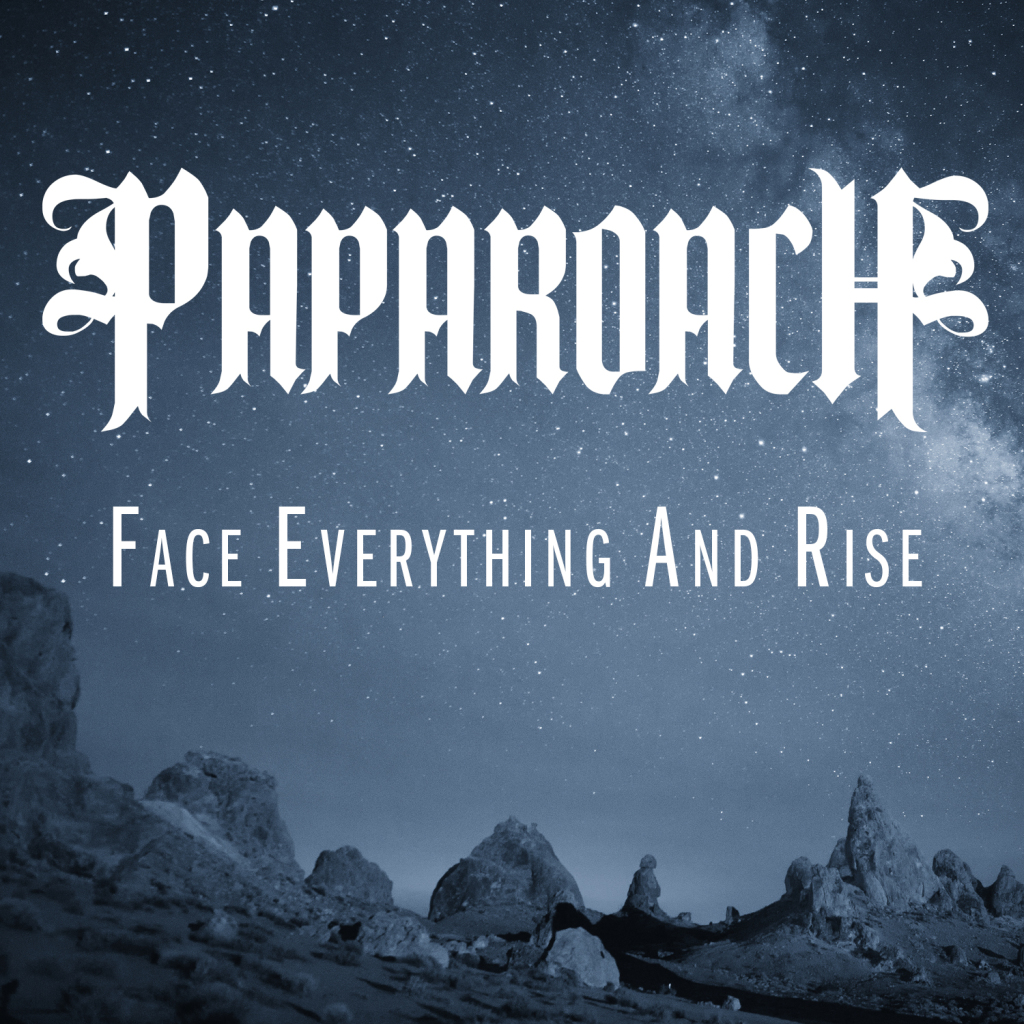 OD –  You recorded the new album (F.E.A.R) in The Hideout with Kevin & Kane Churko, how was it working with those guys as I believe they are father and son?

JERRY – It was a really cool and very different experience to anything that we had done in the past. Mostly, because we couldn’t jam. They had the facility to do this, but the rooms were adjacent and it was very disruptive for Kevin, so that was one of the things that we had to adjust to and also the fact that we didn’t record the drums first, which most bands always do. 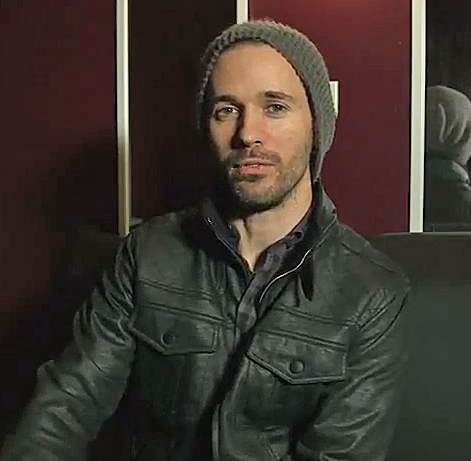 We programed the drums in pro-tools and recorded everything over that and then Tony (Drums) came in at the end of the process and re-did the drum parts over everything that we had done. This was also disconcerting at first, but then we realised that it allowed him a lot more freedom to express himself and to work around the vocals and put in cool parts and not have to worry about “should I put that drum fill in here, or should I wait a couple of bars”, he knew exactly where he wanted to put his parts.

Basically, this album is the sound of a drummer having a blast and that’s a very important to us and is something that we feel is essential to the vibe and the feel to the overall record.

OD – Not since 2006 (The Paramore Sessions) had you lived under the same roof for the duration of the recordings, how did you find this experience overall and would you consider doing it again as it must have been intense at times?

JERRY – Yea, that’s true we all lived very closely together during the making of this record. We did it for a few reasons. Financially, it just made sense rather than paying a tone of money for hotel rooms and secondly and most importantly, we wanted to renew that feeling of having creativity all the time. Giving the fact that we couldn’t jam in the studio, we wanted to be able to work on music outside the studio.

We couldn’t necessarily jam in the house, but we had a little studio set up in the house where we used to work on music individually and we were able to bounce ideas right there off each other and we were able to collaborate with each other and work on ideas. We used to do that during the day and would take any music that was close to being finished to the studio and play it for everyone and if they liked it, we would continue and record it and if not, we would just push it to the side and continue with some other stuff. 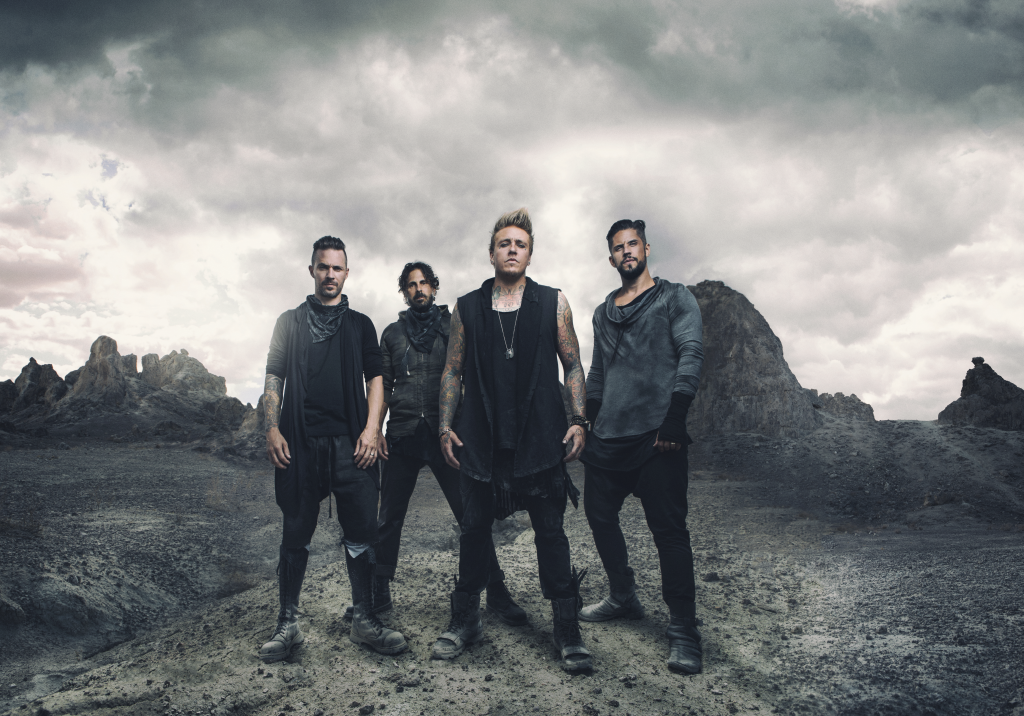 OD – It seems from your experience of recording this way, that it was a very humbling experience overall, but quite intense all the same, would you agreed?

JERRY – It was intense, in the way that there was uncertainty, but also at the same time there was so much creativity happening. In the back of my mind there was some anxiety about the whole process, but I knew that all we had to do was just keep plugging away and continue and to finish it up. It was a great experience, but I don’t know if we will ever go back to Vegas, just because it’s so dry and we would like to do it in our studio the next time. We definitely want to work with the Churko’s again in some capacity, but I just don’t want to go back to Las Vegas (laughs).

OD – You can always move over here to Ireland, it’s cold and wet, the total opposite to the Vegas atmosphere.

JERRY – (Laughs) yea that sounds good man. With Vegas, it’s just much more humid there than we are used to and so dry. We all had humidifiers in our bedrooms and it still wasn’t enough to combat the dryness. Overall, it was a great experience and we really loved withing with Kevin and Kane (Churko), and we just love the sound that they produce. That’s the main reason we picked those guys, it’s just really heavy, pounding and in your face. We’re totally stoked with the new album.

OD –  It’s coming up to the 15th anniversary for “Infest” are there any plans to mark that with something special?

JERRY – Possibly! We are talking about doing a show or two where we just play “Infest“, nothing that I can talk about at this point, but you will just have to wait and see (laughs).

OD –  Papa Roach are due to play in Dublin’s Academy on March 20th and Belfast on the 21st for the very fist time. Do you have any memories of playing Ireland in the past?

JERRY – I do, but I don’t know if it’s necessarily appropriate for public consumption (laughs). Let me think. We have always had great shows over there and we just love coming to Dublin, it’s such a great city. I am aware that we have neglected Ireland over the years, which is something that we vowed to change. We have a new agent and made notes for him that we need to change that. We’re actually going to Belfast for the very fist time this year, which we are very excited about. Ireland just has great rock crowds, and we are stoked to be coming back there.

Actually, I just remembered about when we were in Ireland. I think it was about 2001 / 2002 during the height of everything ( “Infest” Tour ), we had done some touring in the States and especially in New York and all the big wigs and the record label executives would take us out and wine and dine us. Jacoby would always be up at the bar at night and there’s this story of him getting this drink one night and really loving it and asking the bar tender what it was. They told him it was a “cock sucking cowboy”.

So, Jacoby would always order that drink and on our fist time in Ireland, we went to a pub in Dublin and Jacoby goes up to the bar tender and he’s like “alright lads what can I get you” and Jacoby asks “I’ll have a cock sucking cowboy” and the bar tender just looks at him square in the eye and with a dead pan face said “you won’t find none of them around here”! We just fell off our chairs laughing at this and it’s always stuck in my head when I think of Ireland (laughs).

Papa Roach will be playing Dublin’s Academy 20th and Belfast 21st March with a very limited number of tickets left. Very low number for the Dublin show remain so if your thinking of going, you need to sort that out ASAP.

Tickets are now available via Ticketmaster. For more information, check out MCD for support slot, stage times and ticket availability. 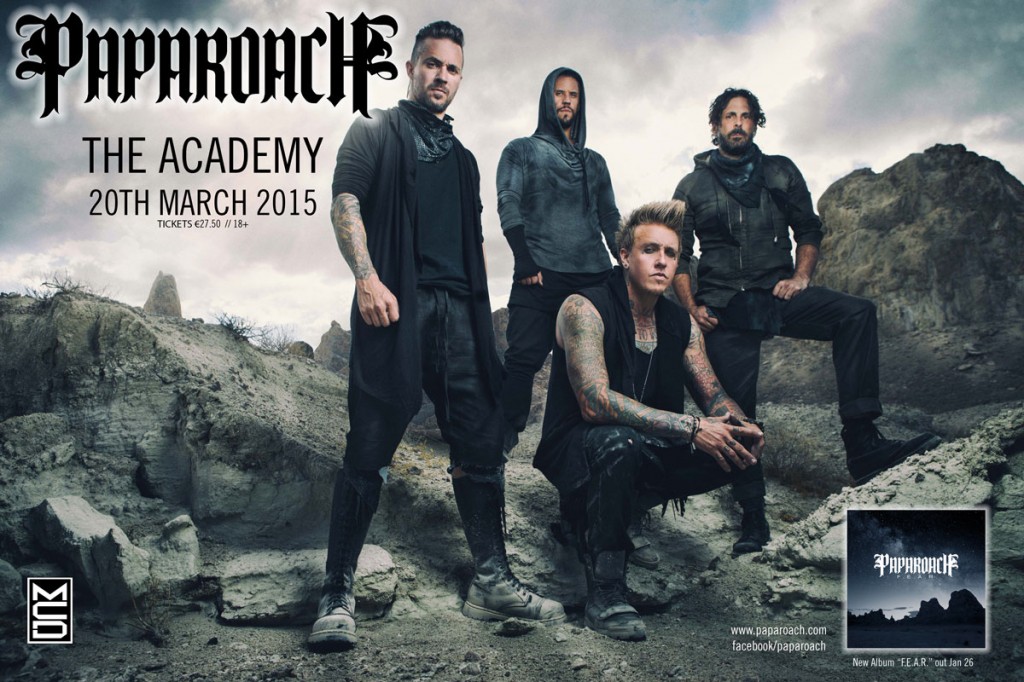