Restive Nation are a new Dublin based electronic rock band with a vision for taking the concept of sound and dragging it into the depths of the future! Get an exclusive first listen to the bands debut track ‘It’s Just a Skull’ below! 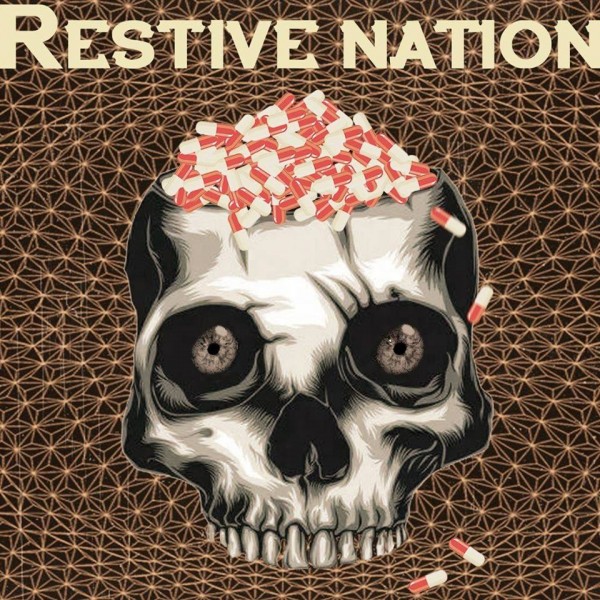 Having been working relentlessly over the last six months, Restive Nation are finally ready to unleash a track from their much talked about formation, which has had many people intrigued since the elusive footage and tantalising posts have been appearing on their social media pages.

As described by the band themselves, their “unique blend of organic and synthetic sounds makes for an extremely textured listening experience.” Imagine Nine Inch Nails to Puscifer and everything else in between! Fucking awesome right?

Overdrive is thrilled to have  been selected by the guys to stream the new song ‘It’s Just a Skull’ which you can hear below!

With an eclectic style that draws influence from a rather large spectrum, ranging from industrial, trip hop, rock and electronic genres, Restive Nation are set to be a force to be reckoned with over the remainder of 2016 and into the new year. Though mostly instrumental, the band collaborate with various guest vocalists for a select number of songs, to which they do with ‘It’s Just a Skull’, which features former LotusEater vocalist  Siobhan Kavanagh, who also penned the lyrics.

In celebration of their debut single, ‘It’s Just a Skull…’, Restive Nation will be taking to the stage in Dublin’s alternative live music venue, Sin É on Saturday July 11th with special guests JR from Sweden and Dave Byrd. This is a free admission gig and punters, should get in early to secure a spot! For more information on the show, simply click on the graphic below. 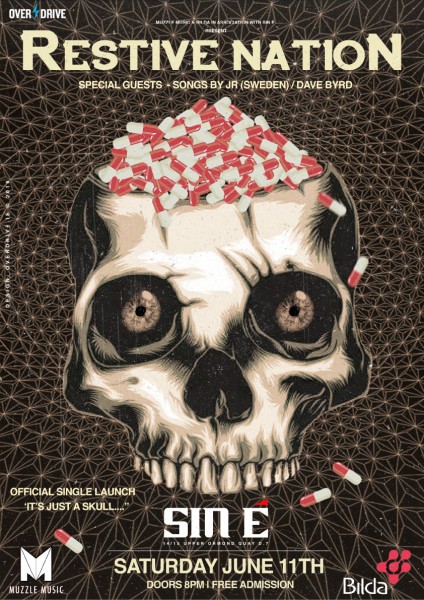 For more information on Restive Nation, please click this link.