A few weeks back, Overdrive had the privilege of hanging out with Sepultura’s one and only Andreas Kisser, to talk about the bands 30 year legacy, destroying the main stage at Bloodstock 2015, jamming with Steve Vai and if he would ever contemplate writing a book! Get all the latest below! 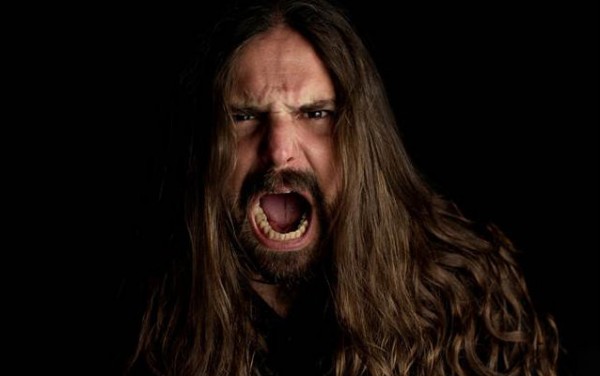 Its’ a sunny afternoon in Dublin city center and as the Overdrive team wearily make there way back from the mighty Bloodstock Festival, there is still one more job that needs to be completed before the much desired post-festival, piping hot shower and a good feed. That job is to sit down with the six string master of all things Sepultra, Andreas Kisser. Still visibly pumping from the bands crushing set on the main stage at Bloodstock, Mr. Kisser is in fine form and happy to be still laying waste to venues 30 years later with Sepultura.

OD – You have just returned from playing Bloodstock in the UK, how was that experience for you and do you normally prefer to play clubs rather than festivals?

ANDREAS – Playing Bloodstock this year, it was beautiful man, just beautiful. It was really awesome! We got a good response, it felt fantastic onstage. The tour overall is doing great – we’re playing a lot of stuff from the past, things that we didn’t play for a long time. Unfortunately at Bloodstock, we had a very short set, only 45 minutes, but we just rammed as much in there as possible and the crowd loved it. I wished we could have played a lot more, because we have so many more songs, I mean we have over thirty years of material to choose from (laughs).

However, regardless of the time, we felt great and it just was a really electric and very special set. The crowd really responded amazingly well and the weather just made it so much better. Bloodstock is such a great and very important festival, with quality bands every year and it’s great to be a part of it. Maybe next time we’ll have a little more time on stage, so we can play a little more. 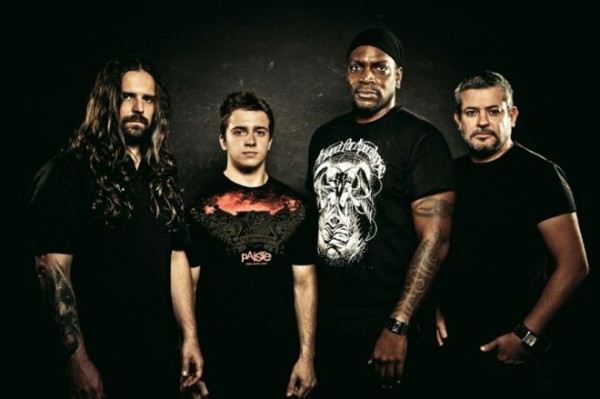 But honestly, I like playing both festivals and clubs. I like to be onstage playing, period. At big festivals you have some problems with things like sound which is used by so many bands having little time to change over but we usually have great sound which is a blessing. The dynamic of playing these events creates two very different feelings, to be on stage at a big festival and play a club are both very cool but different. It’s important to be on-stage at a big festival as you can reach out to a possible new audience, also the whole backstage vibe is just great. I get to meet people and bands that I haven’t seen in a very long time, you know like people from the business and all of that. So that kind of atmosphere is really special for me, to see people and to bump into people you haven’t seen in a long time is just such a bonus.

OD – Lets talk about a follow up to the  2013’s The Mediator Between Head and Hands Must Be the Heart, where are things now with regards to a new album? 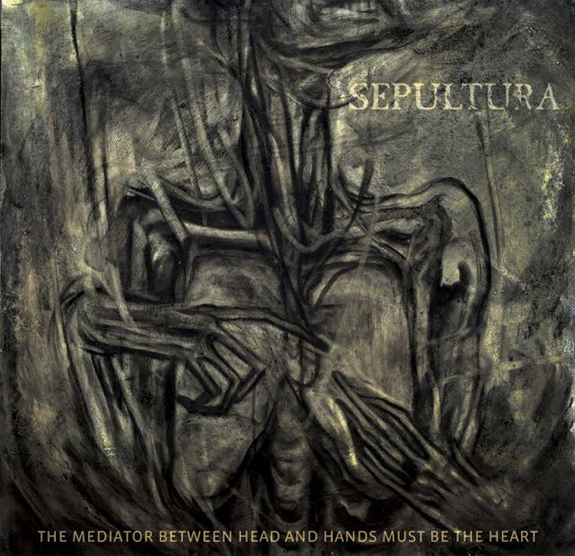 ANDREAS – Well, we don’t have anything recorded yet, no demos or anything, but we have a lot of riffs that we’re sharing at the moment, with ideas that we’ve started discussing. It’s still very general; very early in the process, but yeah we’re already thinking about the next one, we’re already talking to the label, discussing calendars and stuff, thinking about options for producers. So we’re already on the move with the new project and will be putting things into action in 2016. We still have some shows that we need to do until the end of the year and once we have those out of the way, we are going to gonna start working on the new material within a few weeks or so after that.

OD – When you filled in for Scott Ian (Anthrax) on the Sonisphere dates back in 2011, did you find yourself thinking, I could do this full time? 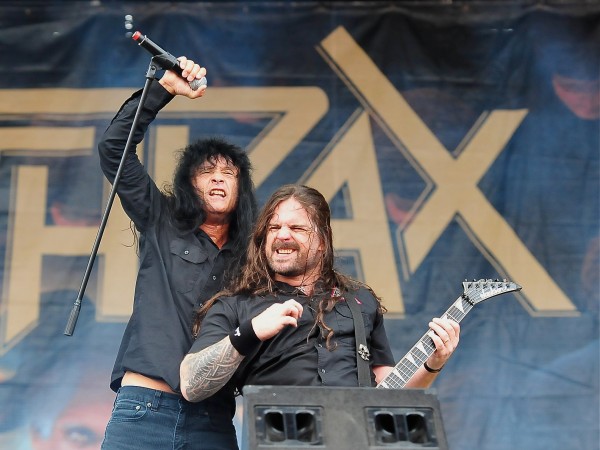 ANDREAS – It was so homely – it was great! Scott called me and it was way in advance, like 6 months prior to the first show. He gave me a shout to ask if I could do it and then once it was all agreed, he sent over the set-list and the backing vocals and all of that stuff. I was so happy and honored to be a part of such a great thing. Not only Anthrax, but all the bands in general on those ‘Big Four’ shows. I was really welcomed especially at the jam at the end (of Sonisphere 2011, where Metallica, Slayer, Megadeth and Anthrax appeared onstage and played Am I Evil by Diamond Head), it was great and definitely a major highlight in my career ! One of the best experiences of my time playing the guitar, were those 2 magical weeks. When that run of dates, where I was filling in for Scott was coming to an end, there was a show that Anthrax and Sepultura played together, at the same festival. So yeah, I did Sepultura first and then an hour of Anthrax…. I mean – I don’t think we could have done the whole tour, as it was just very demanding, but so cool. 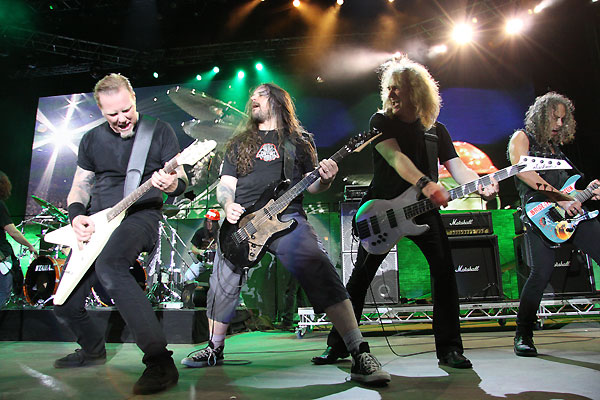 OD – How did the collaboration with Steve Vai come about for the Rock in Rio show?

ANDREAS – For us it was great, because we did collaborations with so many different musicians in the past, with different styles of music. We always try to find new challenges, to do new things and push the envelope. But when it comes to Steve Vai, that was another level. We have known Steve for a long, long time and get on very well with him. In fact, every time he comes to Brazil, myself and Paolo (Jr, Sepultura Bassist), will go to the show and say hi. He has always been very kind to us and quite knowledgeable about Sepultura. He really knows our history and our music, which is just awesome. 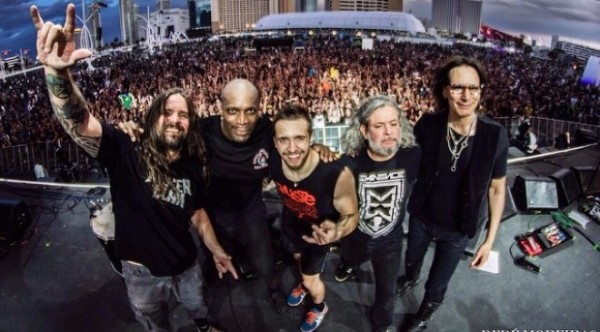 The way it came about that we ended up doing that jam together for Rock in Rio,  was kind of unpredictable to say the least. You see, our management / label / promo people had worked together with both Sepultura and Steve Vai, in separate entities in the past, but had dealt with each other in from time to time on different projects, so there was this good relationship there already. So when Rock in Rio came about, we were looking for somebody to share the stage with and do something new and different, to mark a celebration of sorts on our 30th anniversary. So, straight away we thought of Steve, and we went forward with the idea and he accepted right away. It was just an amazing feeling to be on stage with this guy. He’s such a gentleman and an amazing musician, you know? I mean it’s Steve Vai, one of the Gods of the guitar! His being onstage with us, was just magical and it worked out much better than we all expected.

OD –  Have you got anything else like this up your sleeve for any future shows?

ANDREAS – I dunno – I hope so man! It could be a surprise for us too, you know (laughs). Honestly though, I really don’t know a this point – we still have a lot of shows to do until December, but who knows, anything could happen. We’re gonna see lots of friends; we’re playing some shows with Slipknot and the Faith No More guys, so who knows, there could be some really cool stuff coming from all of this, as we all just have a great amount of respect for each other. We kinda try to let that sort of stuff happen naturally without pushing it too much. Speaking of which, we’re gonna do something with a pianist in San Paolo for a TV show. It’s gonna be weird and very different, but totally awesome. We’re gonna perform the song Grief from our last album. This amazing pianist (Juliana D’Agostini) will be performing with us, which I’m really excited about.  She did an amazing arrangement for the song, that just blew me away, so we’re gonna perform together on a TV show (see photo below). So hopefully that will be cool too and a first for us. 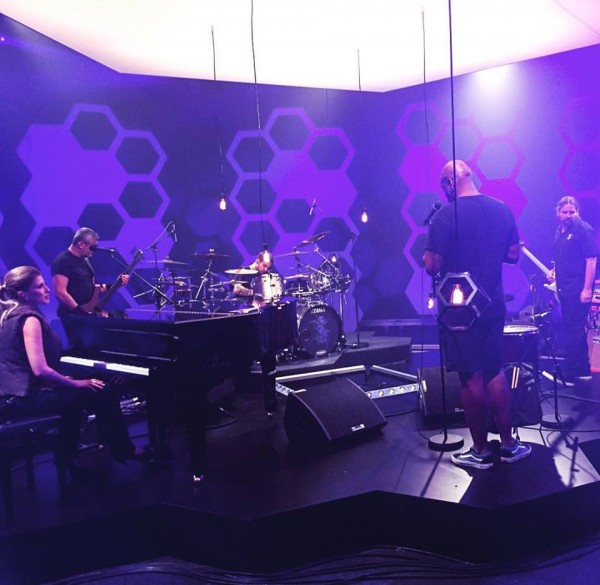 OD –  Have you ever considered writing a book about your life in the band and this business?

ANDREAS – No not really. Like, we live in the age of biographies now and it’s a bit over the top, in my opinion. A lot of people put out their books and they still have so much living to do (laughs). I think I’m too young to do this type of thing and I still have more to do in my life, you know? (laughs)! I would want make a book that is worthwhile and right now I just think it’s still too early for me. Maybe one day it will happen, but for now, I believe that I have so much more to do in my life before I can start thinking about doing something like that.

OD – Finally, what has been the most stand out moment for you in your career?

ANDREAS – Aw man, thankfully we have a lot of great moments and great shows to look back on.  I suppose one thing that comes to mind would have been when we opened up for the original line up Black Sabbath at Costa Mesa Amphitheater in California. Then going backstage and hanging out with the whole band, I mean they are Gods of metal! That was a defining moment for us. I mean, it’s so hard to remember – there have been so many great things that have happened to us in Sepultura and we are just so grateful for it all. I think that the most important thing, is that we’re still here now, doing what we love to do. We don’t pass the ball on anything, we enjoy what we do and give 100% all the time. 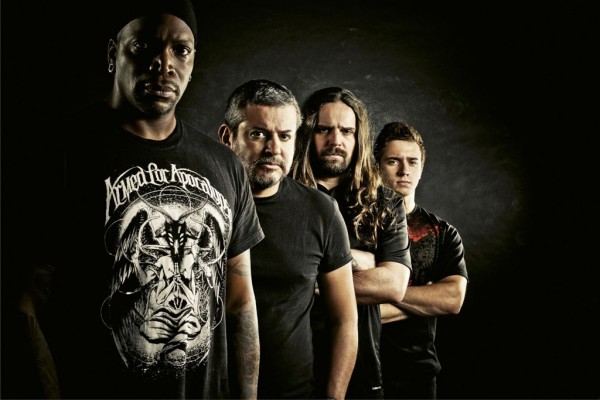 It’s been 30 amazing years of Sepultura and I’m just looking forward to the future and what is in store for the next decade or so! This is a great time for us and for metal in general, there has never been so many festivals and events, tours and bands playing this type of music, so there is no reason to be negative. We just keep our heads down and do the best that we can and we will always be that way. We are Sepultura!

Sepultura – The Mediator Between Head and Hands Must be the Heart, is out now via Nuclear Blast Records and you can pick up your copy here.

For more information on Sepultura, check out these links below. 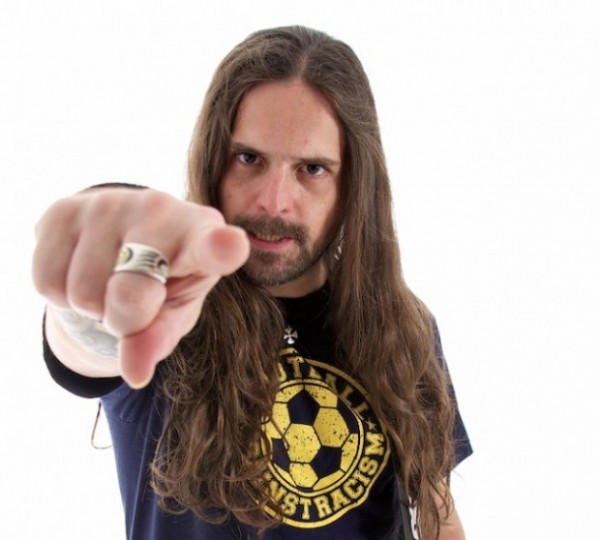