Irish Riff-lords, Ten Ton Slug have been busy ingesting a plethora of riffs and doom-laden compositions for the follow-up to their formidable debut; ‘Brutal Gluttonous Beast’. Get the official release date, artwork and full track listing for ‘Blood and Slime’ right here! 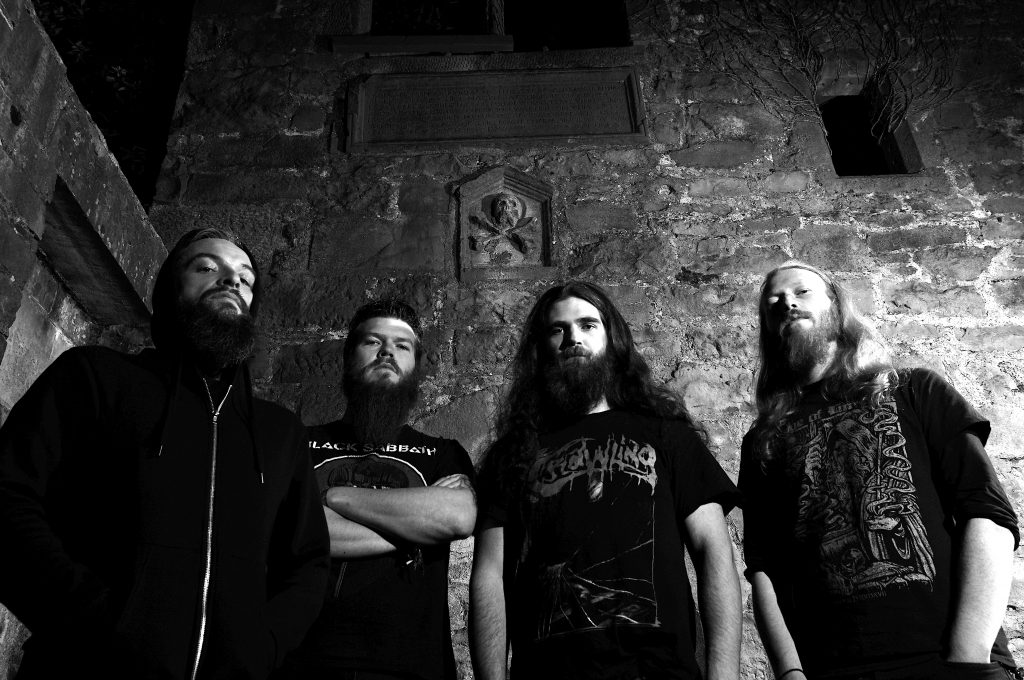 Following a rollercoaster ride from Bloodstock’s New Blood Stage performance in 2016, to a steady flow of UK mini-tours, official support to Crowbar and now a fucking mountain-crushing new EP that will most likely take a layer or two off your face! Ten Ton Slug are BACK!

Get ready for the slime….

Recorded over the Summer, Ten Ton Slug are gearing up for the release of their highly anticipated follow-up to “Brutal Gluttonous Beast” with a release date of October 31st set for ‘Blood and Slime‘!

Check out ‘Blood and Slime’ cover art, which was illustrated by Slug bassist; Eoghain Wynne below; 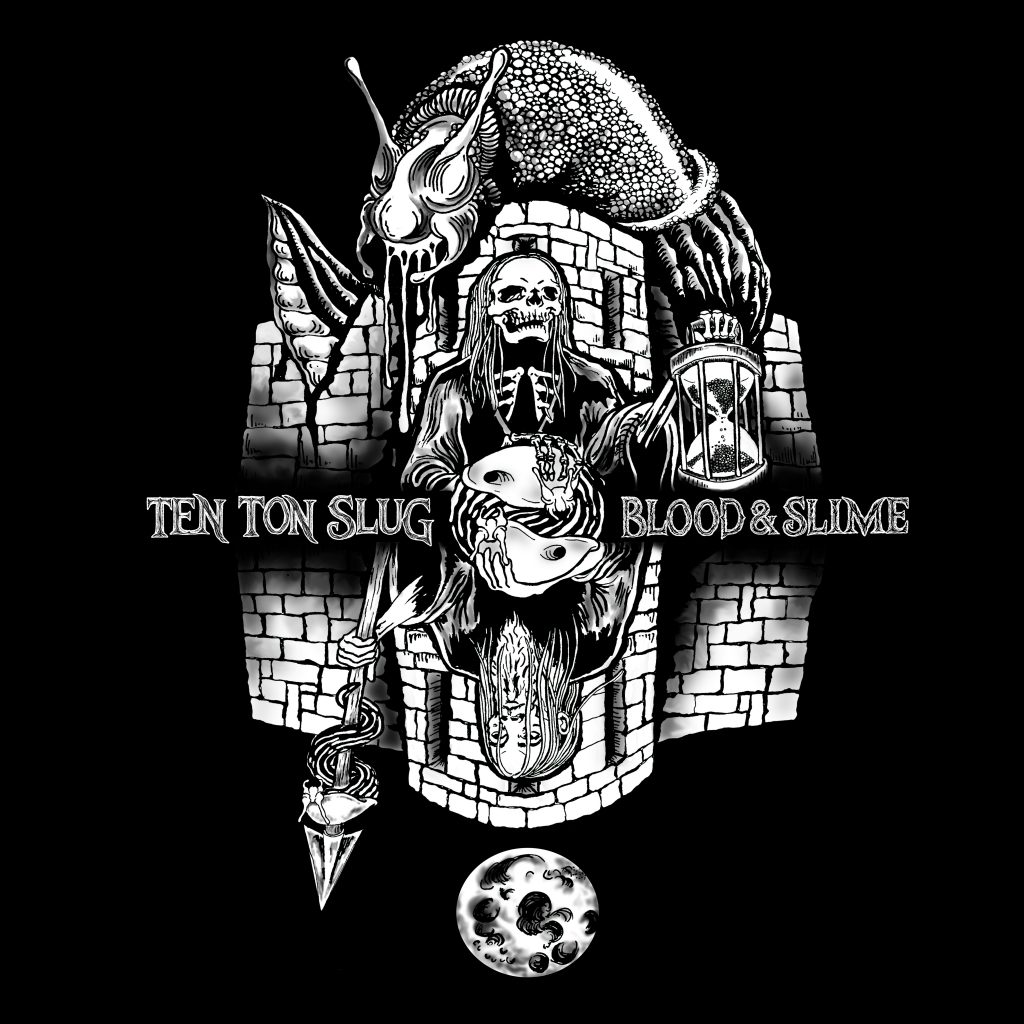 ‘Blood and Slime‘ is set for release on October 31st with pre-orders beginning on Wednesday 18th October via the bands official Bandcamp page, offering a limited number of physical copies (4-panel digipack CD) and limited merch bundles, on a first come, first served basis. In addition, digital downloads will be available through all major digital distributors, including iTunes, Spotify, Amazon music, Deezer etc.

In addition, digital downloads will be available through all major digital distributors, including iTunes, Spotify, amazon music, Deezer etc.

The EP was recorded by Johnny Kerr in Dead Dog Studio in Drogheda in July and August 2017. It is a 24 and a half minute slab of pure heaviness, comprising 3 songs; live staple ‘Slug Grinder’, ‘Matriarch of Slime’ which appeared in live shows earlier this year around the Crowbar support slots, and the newest, and longest, addition – ‘Siege’, clocking in at a glorious, bone-shaking 10 minutes.

The band commented of the release:

The approach on this EP was different to the last in that we went from recording all together as on ‘Brutal Gluttonous Beast’ to tracking separately in order to try and better capture the energy, definition and the tones that best represent our live sound.

We’ve learned a lot and have progressed a lot as a band since our last EP and certainly feel it shows on this new release. We’ve been constantly writing, playing and getting tighter and heavier as a unit. Our recent endorsement by Vocalzone came just in time for vocal tracking and Ronan laid down some blood-curdling shrieks and screams which we are all delighted with.

Overall we can’t wait to release this and get stuck into writing again, before hitting the road in the new year for gigs around Ireland and the UK.

The slug is hungry.” 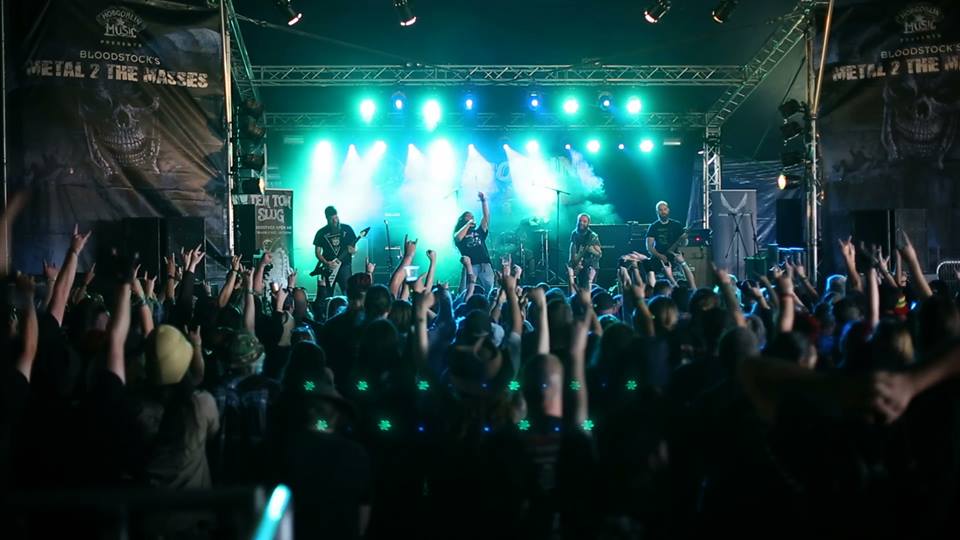 Additional release gigs in Galway and elsewhere will be announced over the coming weeks.

Also, the band will be undertaking a UK tour commencing March 8th to 17th, starting in Scotland and finishing with a headline slot in The Dev, Camden on Saint Patricks day as part of the ‘Irish Invasion’ with Elder Druid and Mount Soma from Ireland, and the UK’s Chubby Thunderous Bad Kush Masters.

‘Blood and Slime’ will be released on 31st October. Please visit here for more information on Ten Ton Slug.