EXCLUSIVE: UNCLE ACID AND THE DEADBEATS TO PLAY WHELAN’S


After supporting Black Sabbath on their European tour in 2013, Uncle Acid and The Deadbeats are returning to Ireland to bring their sinister, mysterious compositions to Whelan’s for what can only be one of the highlights on the annual gig calender. 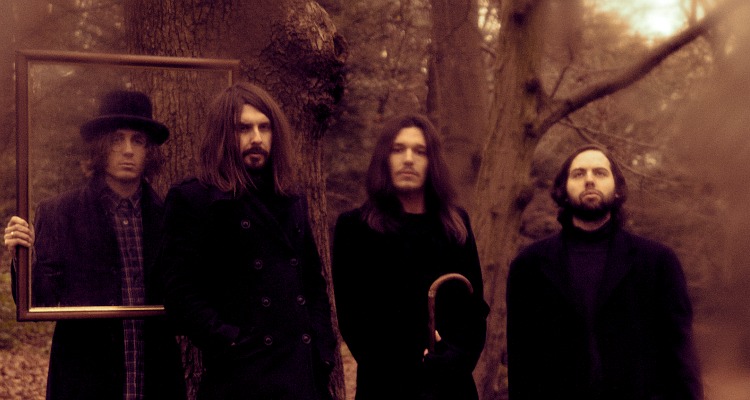 Uncle Acid and The Deadbeats, four piece heavy metal band announced their return to Dublin with a headline show at Whelans, 20th November.

Personally invited by Black Sabbath to support them on their European tour dates back in 2013, it is a fact that Uncle Acid ans The Deadbeats have, in recent times, become one of the most talked about rock bands currently in existence.

Uncle Acid & the Deadbeats albums have influences from 1970’s heavy metal, having their music described as “the original Alice Cooper band jamming in a cell with early Black Sabbath and The Stooges”.

Their latest record “Mind Control” is a concept album with a theme that makes the acts and intentions of the likes of Charles Manson and Jim Jones seem like petty crimes. What makes “Mind Control” scarier than most albums is that it doesn’t seem as sinister on the surface as it really is deep down, within the core of its black acid-drenched world of pain and torture.

Tickets are on sale now and available from Ticketmaster. For more details on this show, check out MCD.

For your chance to win a pair of tickets to see UNCLE ACID AND THE DEADBEATS, simply click on the graphic below and share on your facebook / twitter page. Remember to tag OVERDRIVE, so we can see who’s tagged it and we will then pick a winner! Good luck! 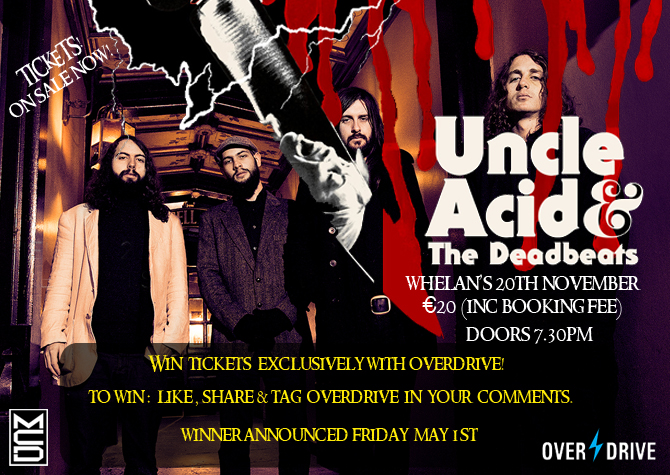