Globally renowned melodic-metallers, IN FLAMES, recently sat down in Nuclear Blast’s HQ to talk about their love of whisky and craft ale. Get the exclusive video below. 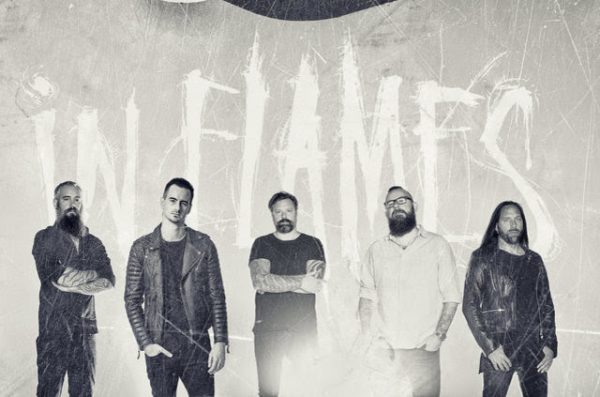 The highly anticipated IN FLAMES album ‘Battles’ is only a few days away from invading your ears and what better way to listen to some skull-crushing metal than sipping on some fine whisky and craft ales!

In this exclusive video, Anders and Björn talk of their love for good whisky,as well as some craft ales. Get the full video below:

Battles, is set for worldwide release on November 11 via Nuclear Blast. The album was recorded in Los Angeles under the knob-twiddling of Grammy-nominated producer Howard Benson (Motörhead, Body Count, Sepultura) and marked a drastically different recording experience from Berlin-based sessions of their previous LP, 2014’s Siren Charms.

“Siren Charms had a very dark vibe to it,” Gelotte explains. “We recorded it at a cold, damp and dark time during the year in Berlin so it gave it a certain melancholy to the record. Now recording in L.A. with the sunshine it’s a different energy. The writing process was different this time, too—that I would like for us to continue to explore. Also, working with Howard and his team was great. I got stressed taking a break for even five minutes because they were always ready to go for the next take and kept my energy up.” 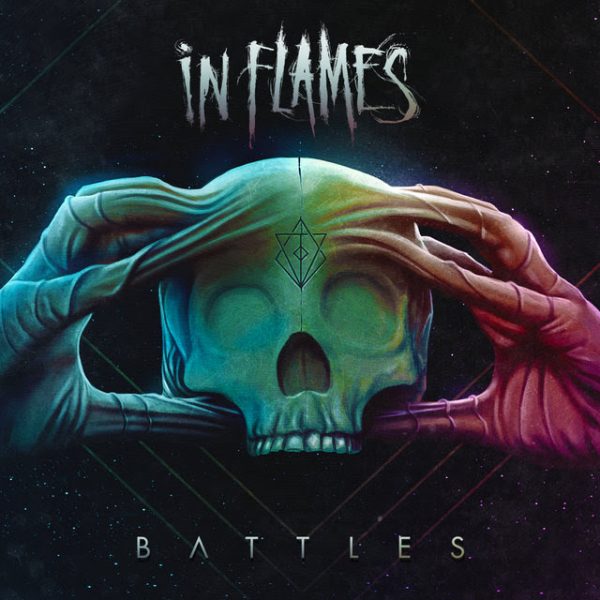 In Flames will become Battles-tested come January, when the quartet—rounded out by bassist Peter Iwers and guitarist Niclas Engelin—tours Europe on a triple that includes fellow arena metallers Disturbed. Euro friends, tickets are available here.

“Guitar driven, melodic… it’s like they know what to expect,” Fridén says of the band’s fanbase. “It’s not like we’re coming out with something completely different, but at the same time, it’s still new. If they already like In Flames, they will like it—and if they don’t like In Flames already, they still might like it. I’m very proud of it and hopefully, people will be as well.”

In Flames will be taking to the road with Avenged Sevenfold and Disturbed across the UK with a slew of dates. Click on the graphic below to purchase tickets. *In Flames will not be performing in Ireland. 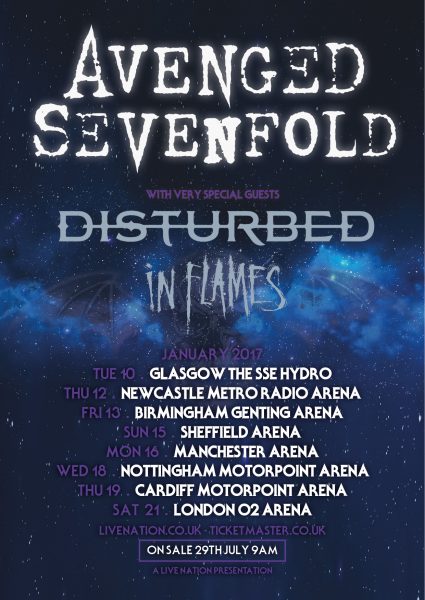