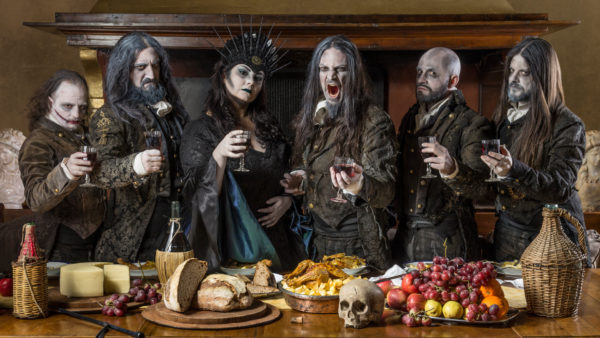 Italian for ‘venom’, ‘Veleno’ marks FLESHGOD APOCALYPSE’s first record in 3 years, since the release of their critically acclaimed record ‘King’ (2016).

In a series of short bite-size promo video’s bassist/vocalist, Paolo Rossi talks about their local metal scene when they were first starting out. Get this video exclusive via the stream below;

The ‘metal part‘ of ‘Veleno‘ was recorded in Rome, Italy at Bloom Recording Studio and Kick Studio with long-standing collaborator Marco Mastrobuono, while the ‘orchestral part‘ – the ensembles – were tracked at Musica Teclas Studio in Perugia.

The entire production of ‘Veleno‘ took, according to Paoli, about three months. Artwork for the album was created by Travis Smith (AVENGED SEVENFOLD, OPET H, KATATONIA).

Get your copy of the album via this link.