EXCLUSIVE VIDEO INTERVIEW – DORO TELLS US HOW GENE SIMMONS CAME ABOUT WORKING WITH HER ON HER DEBUT ALBUM.

With a legacy that most could only dream of, Doro Pesch has achieved a tremendous amount of accolades over her 36 years in the business. In this exclusive video, Doro tells us how Kiss mastermind, Gene Simmons came about working with her on her second solo album.

On August 17th, DORO releases her 20th album – and it’s arriving just in time for her 35th live stage anniversary! And yet it’s not just these two great anniversaries that make Forever Warriors, Forever United a truly extraordinary album that needs your attention.

With such a decorated legacy, there is literally a million things we wanted to know about her fascinating past and in saying that, she shared her memories of how KISS bassist and foudning member, Gene Simmons was an executive producer on her second solo album back in 1990. Get the Overdrive exclusive video below;

It’s also not just the fact that the metal queen is releasing her very first double album. Forever Warriors, Forever United is so special because DORO presents 25 brand new hot tracks that all have one thing in common; an incredible variety and stylistic range, paired with the utmost quality. There is simply no weak song on this album – it’s all killer, no filler!

On Forever Warriors, Forever United, DORO delivers a musical firecracker with an unbelievable amount of hits. From stadium anthems to ballads, the queen of rock & metal proves beyond doubt on this double album that she rules all facets within the rock genre (and far beyond). 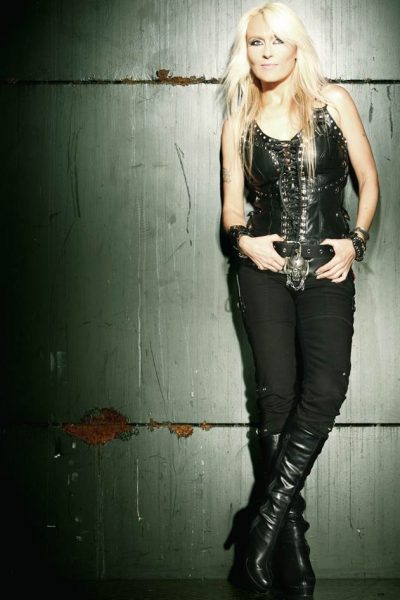 On Forever Warriors, DORO presents herself as a wild warrior. Check out the tracks ‘Bastardos‘, ‘Blood’, ‘Sweat And Rock’n’Roll‘ or the first single ‘All For Metal’. In this ultimate metal anthem, icons such as Mille Petrozza of KREATOR, Chuck Billy of TESTAMENT, SABATON and the unforgettable Warrel Dane have contributed to the song as well as to the video.

Doro explains: “To be honest, this song could become a new ‘All We Are’! The idea came to my mind last year at Wacken Open Air, where we also instantly started working on it.” On August 3rd 2018, this will come full circle: DORO will present the new album live in front of 80,000 heavy metal maniacs from around the world in a fantastic headliner show at Wacken Open Air! And to celebrate her 35th live stage anniversary, a bunch of legendary guest stars will pay tribute to the blonde metal angel. 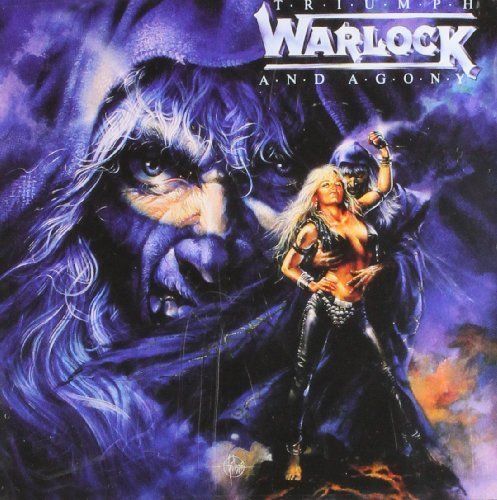 “Doug is such a great guitarist and a really nice person. He was immediately on fire when he became a part of this album and contributed an insane solo. And Tommy is a good, old friend of all WARLOCK and DORO fans anyway. He’s a beast on stage and a true powerhouse in the studio. ”

Speaking of beasts, prepare yourself for ‘If I Can’t Have You, No One Will‘, the duet with AMON AMARTH bellower Johan Hegg, which will be released as the 2nd Single. This song contains the brute force that will hit you right in the face. You have never heard DORO like this before!

Forever United captivates with the emotional side of DORO, which of course focuses on topics such as friendship, love and deep connections. Examples are the Lemmy anthem ‘Living Life To The Fullest‘, ‘Heartbroken‘ as well as the 3rd single ‘Lift Me Up‘ and the 4th single ‘It Cuts So Deep‘, with which DORO has succeeded in producing even more great songs!

“We have toured very intensively over the past few years, gathering so many impressions along the way and meeting so many great people. That really inspired me,” explains DORO. “The songs and ideas literally flooded our minds and this also didn’t stop in the studio. From over 50 song ideas we quickly had 14 songs for an album, then suddenly 20 and in the end, it was 24. Then I decided to also record one more in our last studio week: ‘Caruso’.”

Consequently, DORO presents their fans with Forever Warriors, Forever United two new albums in a double package – with 19 regular tracks and six bonus songs that are full of great surprises.

The kick-off to this unique songwriting marathon was the track ‘Living Life To The Fullest‘ in January 2016. DORO: “I was on the plane on my way to Lemmy’s funeral, when the melody and the lyrics came to my mind. Lemmy was always incredibly important to me. Then it just went on always with the same procedure; as soon as a song idea came to maturity, I went into the studio – between all the gigs and tours – to capture the fresh wind and live energy of the songs.” 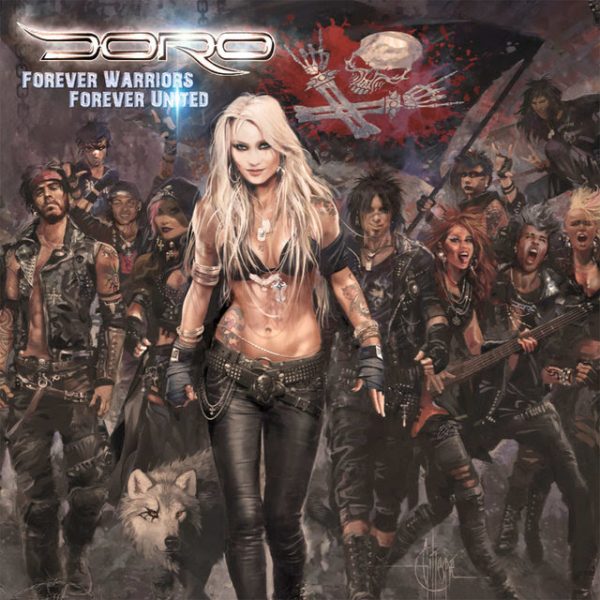 The album includes the MOTÖRHEAD cover ‘Lost In The Ozone‘, in honour of Lemmy, as well as ‘Don’t Break My Heart Again‘, an outstanding cover version of the WHITESNAKE hit. Doro: “I have a very deep personal connection to ‘Lost in The Ozone’ and WHITESNAKE have always been one of my absolute favourites. That’s also why my first ever band was called SNAKEBITE!”

Following the DORO tradition, there will, of course, be another German song on the album. A midtempo track, dealing with a deep friendship, just as in ‘Für Immer’! A hymn like ‘All We Are‘, a German ballad like ‘Für Immer’ and a former WARLOCK guitarist… with Forever Warriors, Forever United, DORO has a new mega-album under her belt which shows the rock queen in all of her countless, wonderful, varied facets. This album is another milestone in DORO’s great career.

Pre-Orders for ‘Forever Warriors, Forever United‘ are live now via Nuclear Blast and all you have to do is click this link and order your copy.

DORO will be appearing at this year’s Bloodstock Festival on the Sophie Lancaster Stage on Friday, August 10th. Please check Bloodstock’s official website for stage times in the coming days.