Rising Irish Prog crew, Sectile will be unleashing their new studio album ‘Falls Apart’ on February 25th but today (February 4th) the band have finally unveiled the first single ‘Black Cloud’. Get the very first look at the video below… 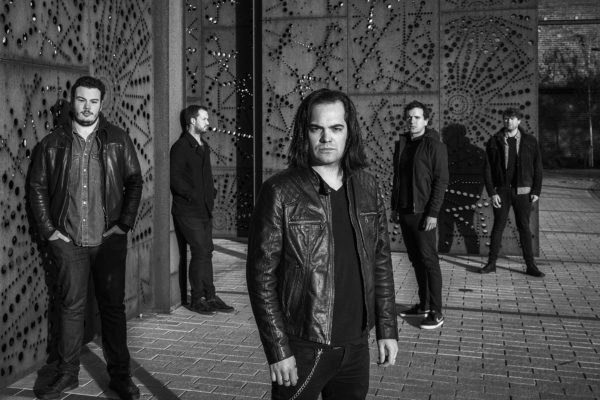 Fast becoming one of the most talked-about new bands to emerge from the blossoming Irish metal scene, SECTILE is by far, one of the country’s top-shelf distributors of Heavy Prog.

If you’re familiar with the five-piece, we guarantee you’ll be even more captivated by their new album ‘Falls Apart‘, which is due for independent release on February 25th.

In the meantime, Overdrive can finally share the band’s new video/single “Black Cloud“, which was directed and produced by Cosmopalace Visual Music Services. Check out the video below;

Overdrive talked to frontman Gabrial Gaba about the new single.

OD – ‘Black Cloud‘ is the first single off the new album ‘Falls Apart‘ can you talk a little about the lyrical inspiration behind the track?

GABRIEL – The ‘black cloud‘ in the story there is a metaphor for living with the darker, more negative aspects of your mind and personality being constantly looming over you, ready to rise to the surface and take control.

The lyrics are somewhat personal to me but I like to keep things ‘vague‘ enough for the listeners to fill in the gaps with their own experience, which makes things much more interesting I think. I actually first wrote a version of these lyrics many years ago, for a completely different song pre-Sectile. But when Mark (O’Reilly, guitars) presented the song to the band, I felt the theme would be really suitable, so I reworked it to fit what we were doing. 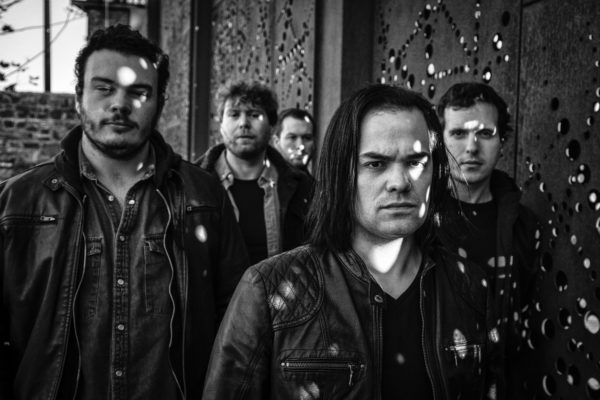 OD – You’ve commented before about how this is a good intro to the album, as a body of work, how would you describe the album to someone that’s not heard Sectile before?

GABRIEL – There’s a good variety on the album, I see our music as being both technically challenging and approachable at the same time. There are a lot of savage riffs, odd time signatures, long passages and big vocals, elements commonly associated with the genre, but it is also filled with catchy hooks, melancholic melodies and nice, clean chord progressions, so you don’t necessarily have to be a ‘prog head’ to enjoy it.

We are all avid music listeners, and strive to write songs that combine our influences in a way that we haven’t heard being done before and that we would enjoy as listeners ourselves.

GABRIEL – Yes, we are aiming to have a second single about a month after the album launch, possibly with a lyric video. We already chose the song, but that will remain a secret for now!

OD – What was the thinking behind the video for “Black Cloud“?

GABRIEL – The video was shot by the amazing Angel Croitor of Cosmopalace, who has been doing phenomenal work with the local metal bands at the moment!

Our aim was for it to be a ‘band performance‘ video so it doesn’t really have a narrative per se, we just wanted to film the band playing at a really cool location, which would lend itself to the gloomy vibe of the song. Angel found the perfect spot in the woods and we absolutely loved the result.

OD – There is a lot of symbolism in the artwork that Gabriel created for the cover, can you talk a little about that and the inspiration behind it?

GABRIEL – With this being the cover to our first full-length album I thought it deserved something big and epic! First and foremost, it had to look great on a T-shirt!

So much of the appeal of heavy metal comes from the artwork and we always wanted Sectile to have a strong iconography. It really helps to build a connection with the fans. Anyway, once we decided the album was going to be called ‘Falls Apart‘ I used the double meaning of ‘Fall‘ to create a scene with autumnal elements and colour palette.

The lyrics tend to be quite melancholic, dealing with the darker psychological aspects of our lives like facing your own mortality, the notion of how little importance we have when compared to the infinitude of the cosmos and breaking free from religion.

All of that is mixed and matched with references taken from horror, sci-fi and phantasy books and films, so on the cover artwork, I was trying to visually represent all these things that permeate the lyrics. I could go on and on about it if we had the time! 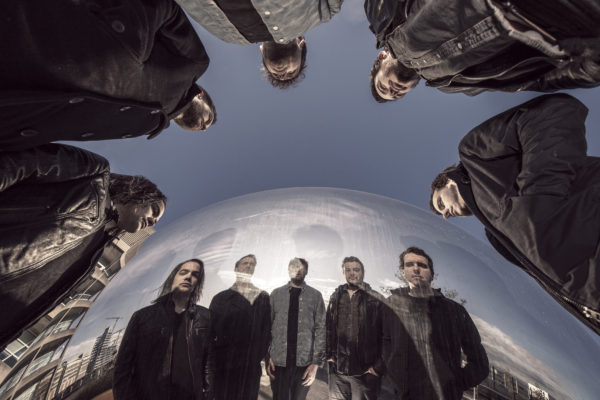 OD – You have some live shows coming up, can you tell a little about that and the bands that you will be performing with?

GABRIEL – Absolutely, this Saturday (Feb 8th) we are back playing Metal 2 The Masses Ireland, which is always a lot of fun! Fibbers is always packed for those gigs, the atmosphere is great and the bands are all crazy talented.

The crowd is meant to vote on which bands stay in the showcase, so do come over and show your support! After that, on the 28th of February, we have what is probably our biggest and most important gig to date: our album launch at The Grand Social.

It will take place at their Ballroom stage, and we will be joined by 3 excellent bands: Restive Nation, Snowblind and Witchkicker.

Restive Nation is a band I know from listening to their music online, I’ve been trying to catch them live for years but never had the chance! They’re a mix of genres, there’s metal, electronic, rock, prog and more, and they have guest vocalists on different songs, really excited to have them on board.

The lads in Snowblind are incredibly good musicians, fellow prog heads, we shared the stage with them a couple of times. Witchkicker is a new band in town, we played with them in Limerick just the other week and their performance was phenomenal, so much energy! 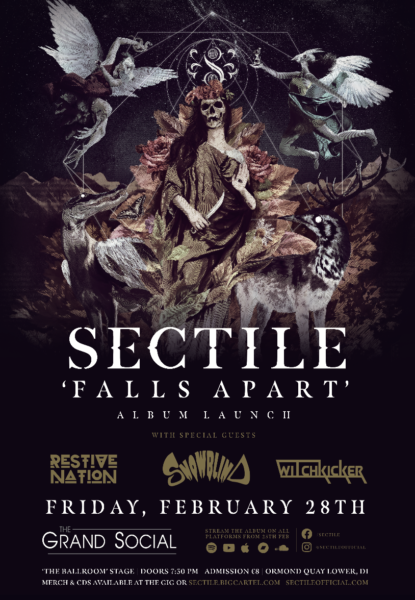 We want to invite everybody to come over and enjoy what promises to be a great night of live music, follow us on Facebook or Instagram for details on the gigs and check out our music on your favourite service, Sectile is on all platforms.

“Falls Apart” will be released on February 25th. For more information, please use the band links provided above. 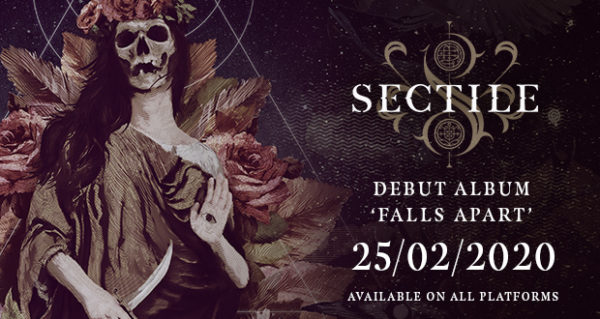