Overdrive are thrilled to have been chosen to host the exclusive Irish premier for Grave Pleasures new video ‘New Hip Moon”  which is taken from the bands forthcoming album ‘Dreamcrush’. What are you waiting for? Check it out already!! 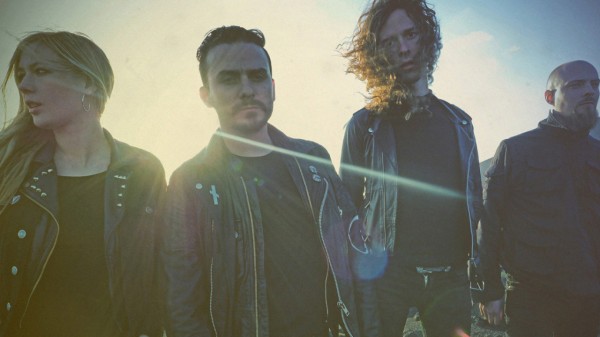 With the ink still drying on a deal with Sony Columbia, a line-up looking like an underground dream team, and an album recorded with award-winning producer Tom Dalgety (Royal Blood, Killing Joke) in May, 2015 is the year where dreams come crashing down, only to come true better than anyone dared to hope for…

WATCH THE IRISH EXCLUSIVE PREMIER FOR ‘NEW HIP MOON’ BELOW!

Self-styled apocalyptic post punks, Grave Pleasures, were formed from the remains of the break up of Beastmilk, who were one of the most talked-about bands in recent times. Their “painful war-cry of the eternally doomed,” as one journalist described it, resonated with fans of all music genres. Beastmilk’s 2013 debut album “Climax” received rave reviews across the board. Metalheads, indie kids and gothic punks were all dancing to the funeral drum as the Finnish band spearheaded a new wave of rock music.

2015 marked the end of an era – and the beginning of a new – as the remaining members of the band Beastmilk split with guitarist Johan “Goatspeed” Snell early in the year. The remainder of the group took on the name Grave Pleasures, and embarked on a musical journey sure to surpass any previous efforts. 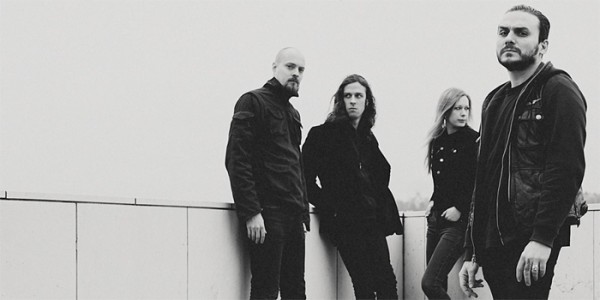 Original members Mat ”Kvohst” McNerney on vocals and bassist Valtteri Arino, along with Swedish guitarist and songwriter Linnéa Olsson (formerly of The Oath), set out to create their favourite band; A pack of fearless players, with a non-regulated sense of creativity and energy. Open-minded punks, skilled and hungry to take this death rock party to the next level.

They found what they were looking for in session guitarist Juho Vanhanen – a musician by profession with a tasteful sense of haunting melodies and eerie sounds. His screaming Telecaster is one of the trademarks of the much respected psychedelic black metal outfit Oranssi Pazuzu.

And they found it in Uno Bruniusson – arguably one of the best rock drummers of his generation. Having co-founded and played in Sweden’s In Solitude for the entire 13 years of its existence, Uno helped not only revive heavy metal, but ultimately re-shape it into something far more urgent and current. His drumming was a constant cause of jaw-dropping admiration during the 2014 autumn tour that In Solitude and Beastmilk did together.

The chemistry turned out to be undeniable.

“Every single one of the people I play music with in Grave Pleasures has blown me away either on record or on stage,” enthuses Mat McNerney.

“I would have killed to be in a band with any of those guys, so for me it’s a total honour and thrill to play with them now. I feel that with them we’ll

get the best out of the songs but we’re also on a mission that lives on outside and after us. That’s when you know you’re performing real true magic. That electric feeling has to be there.”

Together, they’ve written what will be the first album under the name Grave Pleasures – a complex and feverish set of modern rock songs, complete with immediate pop sensibility, a melancholic undercurrent, and an irreverent ferociousness that is alone in its kind in contemporary rock.

The material is multi-layered, with a twin guitar team weaving sonic webs that are both dreamy and sinister. Or as Juho described his fellow guitar player’s riff style: “Beautiful and melodic, but with spiders crawling underneath”. Bassist Valtteri Arino is truly coming into his own right on this release, further developing his groove together with Uno – ultimately making it a truly danceable, rhythmic pleasure – in all its bleak, urban tribalism.

And then there is the vocals. Mat McNerney’s musical roots lies in the Norwegian classic black metal scene – further expanding into avant-garde metal and ultimately making a name for himself as an eclectic singer, constantly moving in unpredictable directions. After having relocated to Helsinki he formed and orchestrated his own psychedelic folk trip – the strange and wonderful Hexvessel. With Beastmilk he saw himself taking the role as an agitator for the surveilled and doomed – brilliantly balancing topics of fear, paranoia and death with sex appeal, poetry and plain, grinning fun.

On the new Grave Pleasures album – Mat McNerney is taking these themes one step further.

“I am concerned with a total collapse of our dreams. Our aspirations and our positive view of both our personal lives and the future of mankind as a species. My lyrics deal with us being a post-apocalyptic species, aware of our inevitable demise, quite possibly by our own hands. How this relates to the way we see the world and the way we live our lives is terribly romantic in a very macabre and terrifying way. There is no more frightening and dangerous place on earth than the human mind and how it deals with it’s own breakdown. Breakdown of relationships, love, dreams, desires and ultimately existence.”

Moving past the post-punk wet dream, the lyrics and vocals of these new songs are rich in texture and depth – staring into the abyss just long enough before it stares right back.

Setting off this summer on a number of high profile festivals – including Hellfest in France, Sweden Rock, and Rockavaria in Germany – the band continues on in the autumn, embarking on their first headline European tour.

The future of this band is surely going to be as unprecedented and extraordinary as it’s inception. Finding their innate pleasure in their own demise, and embracing their nihilism, this revamped monster looks set to follow their trajectory to new formidable heights. The end has only just begun.

Get your pre-order for the new album by clicking on the link below. 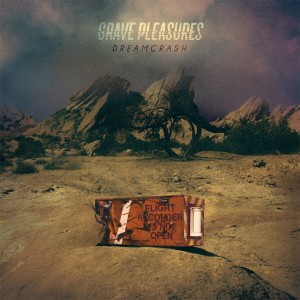 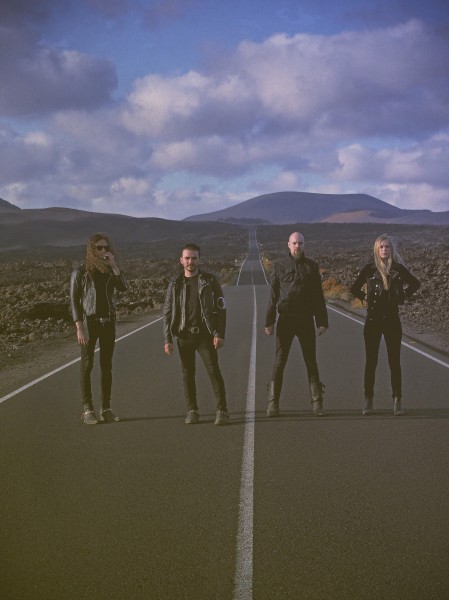