Exclusive: Who wants to party with WILSON?


Straight out of Detroit, Michigan, WILSON have proved that it’s more than acceptable to have a good time and party, all the while hammering out infectious kick-ass blasts of ‘fuckery’ in the name of Rock n’ Roll. Overdrive caught up with singer Chad Nicefield on the debut night of their European tour with Halestorm. 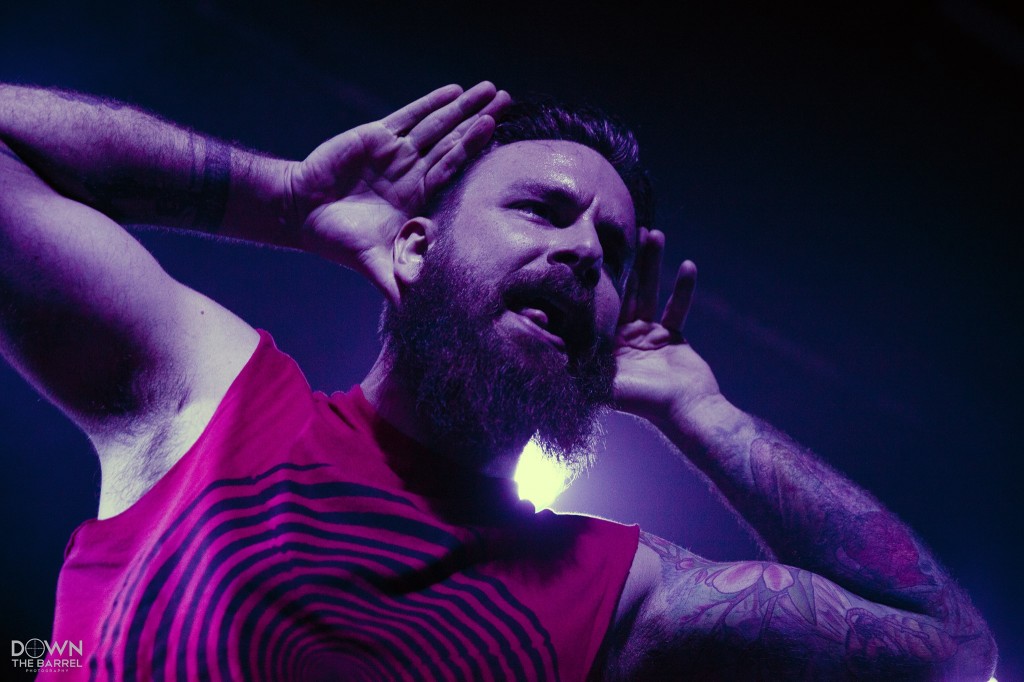 For their first ever interview outside of America, WILSON vocalist Chad Nicefield sat down with OVERDRIVE to talk about signing to Razor & Tie Records, the new album, how they got to where they are now and where the fuck they are planning to go! Get stuck in!

OD – First off, let’s talk about the name of the band and why you decided on WILSON?

CHAD – Basically, we needed a name to put on flyers for college party. Originally the band started as kind of a joke when we were in college as a way to get free beer while playing gigs. We really needed a name to put on flyers and posters and we never really wanted to change it. We had established ourselves as “that band WILSON” and I guess it just stuck. If anything, it’s the ethos of the band which is “it’s fucking WILSON” you know. 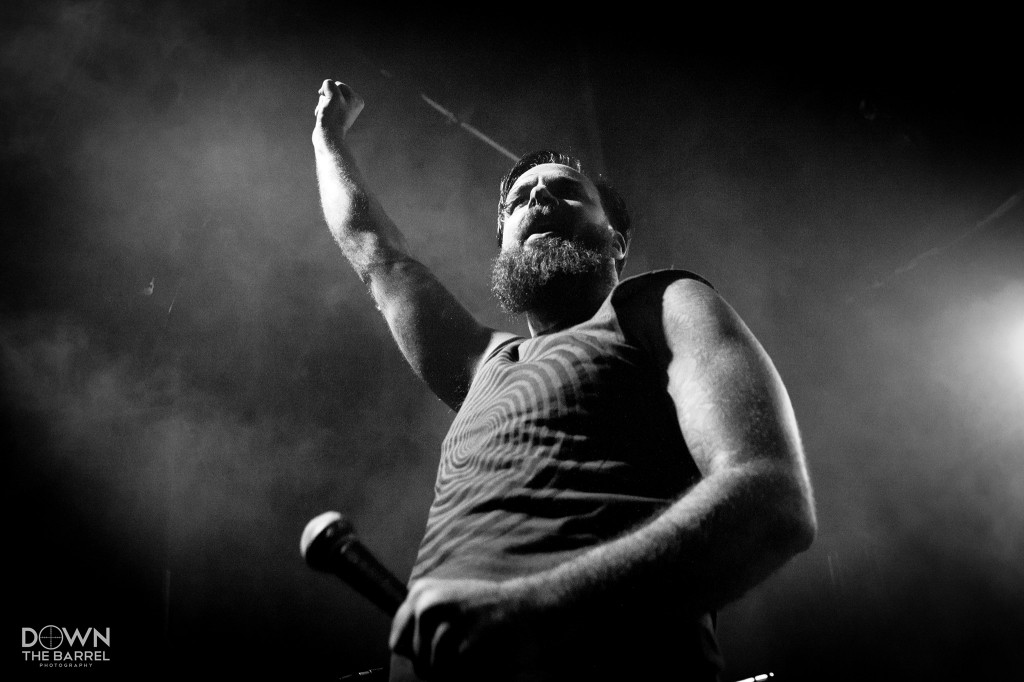 OD – Can you talk a little about when you started out back in Detroit and how hard it’s been to get to where you guys are now? Did you ever expect to get to this level?

CHAD – The journey has been remarkable for us as people and as a band, the idea of where we came from and where we are now is just amazing. I’ll tell you straight to your face I’m not playing music to be famous or fuck chicks, the idea when you were a kid of being on the cover of Rolling Stones like your idols is awesome, what motivates me is my passion for playing music which may sound cheesy but it’s true. Never in a million years did I think that a shitty kid from Detroit would be here at 31 in Dublin playing for all these people, or playing with bands like Halestorm,  Motorhead, Papa Roach or Anthrax.

Like I think about how did we get here? Were from the Midwest, where it’s all about getting up early going to work in your blue jeans to put food on the table for your family. You don’t think about playing music in different countries.

OD – Where did the title “Full Blast Fuckery” come from? 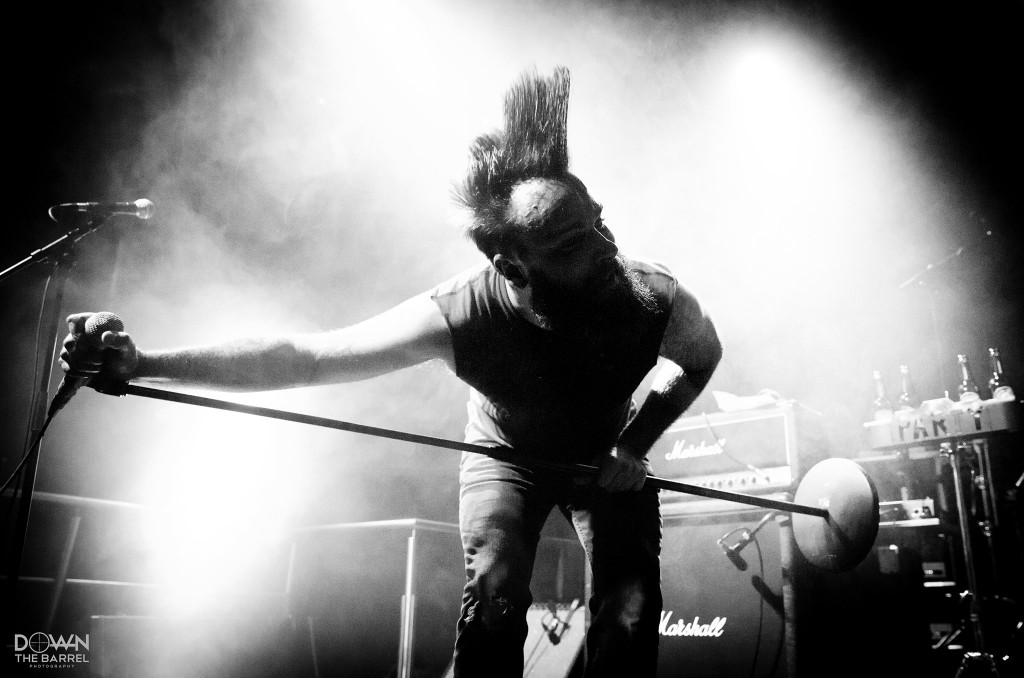 CHAD – Again, it just happened, we needed a title for the album and we wrote on song that’s on the record called “Viking Pussys Fuck Off” and our manager said did that sounds like “Full Blast Fuckery”. Then somebody else said that should be record title. So we went away trying to come up with different things but “Full Blast Fuckery” kept coming back and we decided to go with it.

We like to keep it spontaneous and just go with it. We want to get peoples attention and if it turns peoples head’s then that’s cool.

OD – I believe that your about to announce a new album deal, would you care to elaborate on that?

CHAD – It was announced right before we came in here we’ve just signed with Razor and Tie. This is such an awesome thing for us and I still have to pinch myself when I think about it. We are just stoked to release our new album with these guys.

OD – Speaking of a new album,”Full Blast Fuckery” was released back in July 2013, have you guys been writing for the new album and has it been recorded yet?

CHAD – Yea, it’s all done! We’ve been working on this for a while with the new deal, which we had to keep under wraps. We’ve been demoing while we have been on so many tours and obviously when you’ve been working for yourself for a while, its difficult to work with someone new cause you’re afraid to hand over control. But these guys have been great.

We worked with a guy called Johnny Andrews (Apocalyptica, The 69 Eyes) and it took about 6 months on and off to record. Actually, we just got a mix of one song when we were getting ready to get on the plane and I’m hoping to have some more when I check my email.

OD – Can you speculate as to when the new album will be out?

CHAD – We have been told that Summer 2015 is the goal to release the album the label and us are excited to get some exciting news out there.  We also have an album title that I can’t really talk about. It’s all very exciting to have this happening for us and I’m just super excited about it all.

OD –  Do you think that music takes itself too serious these days?

CHAD – Well were just working dudes and at the end of the day, we know what were able to deliver live. We just did gigs and got on tours for 30 minutes and we owned those 30 minutes when we had them. We just want to get out there and fucking slam it for that 30 minutes. We toured with all kinds of bands from GWAR to Jason Newstead and Sevendust, He Is Legend and Theory Of A Deadman to name a few. We just grind the road and live to get on stage and rip it for as long as our set will allow. We just turn up, set up our gear, put our smiles on and get the job done. When we hit that stage, we are just all about grabbing you by the genitals and taking you on the WILSON journey and when it’s all done, we can hi-five and have a beer (laughs).

Recently there has been a major decline in rock and an increase in pop and electronic and a lot of other stuff that I do like. There been a lot of resurgence from throwback bands who don’t really take themselves seriously and who have a lot of fun, which is what it’s all about. It’s fucking music and entertainment. People pay us to entertain them. Bands like Crobot, and Scorpion Child are just killer new bands that are paving the way for new music and are just amazing live and they are not taking themselves too seriously, they just get what it’s all about, if you know what I mean. It’s fucking music, you know you have to have a fucking good time! People are giving us dollars to have a good time and we are going to give it to them, god dammit!

OD – What has been the most stand out memory for you since WILSON started out?

CHAD – This years Shiprocked where we got to do a half time show for the superbowl with other bands like Sevendust. Zakk Wylde did the National Anthem and we did the half time show, which was just fucking amazing.

We went all out for that show. We don’t have a lot of money but this was special. We had confetti canons, cheerleaders, costume changes and all of these amazing things. That was pretty cool cause you were with a ship full of people who already knew who we were and celebrating with us. I’ll never forget that, it was one of those overwhelming moments that I’ll just always remember.

OD – What’s the most insane party that you have attended to date?

CHAD – Inside our van with Matthew Puhy (Drummer). Matthew Puhys life is the biggest party you will ever go to. Spend a day with Matthew and you’ ll know, we dont get fucked up before shows but when its time to cut a rug that rug has been cut. 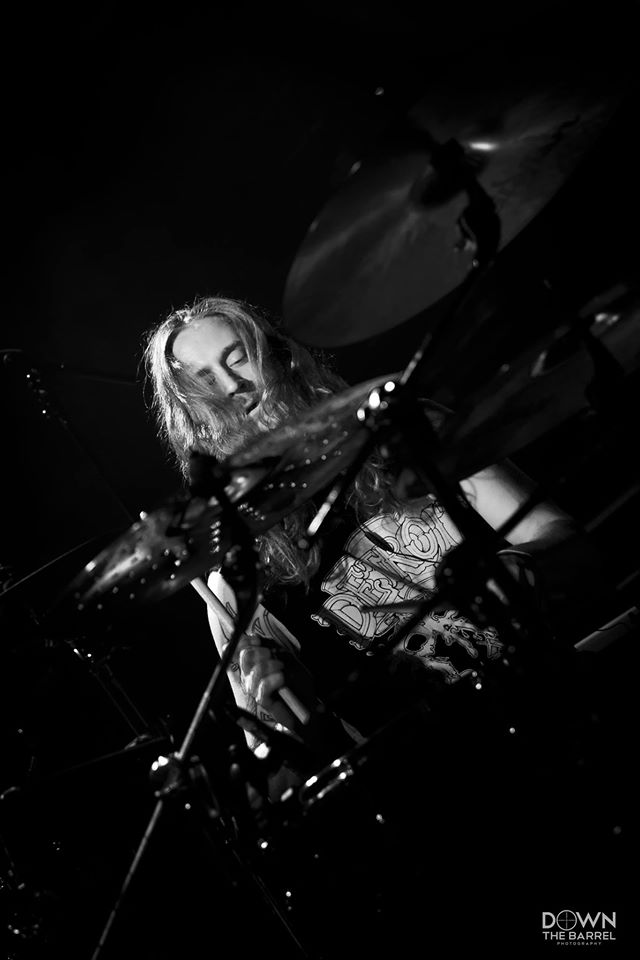 OD – For someone that has never seen WILSON live before, how would you sum up your live shows?

CHAD – The best fucking night that you’ve ever experienced. Think of it as you’re at a party full of guys and girls and a guy walks in the room naked holding a sword and he’s whipping around, the reactions of the people in that room when they realise hes not there to hurt anybody, that is exactly what you are experiencing.

WILSON will be finishing off their new album which is due out in the Summer of this year via Razor & Tie Records. 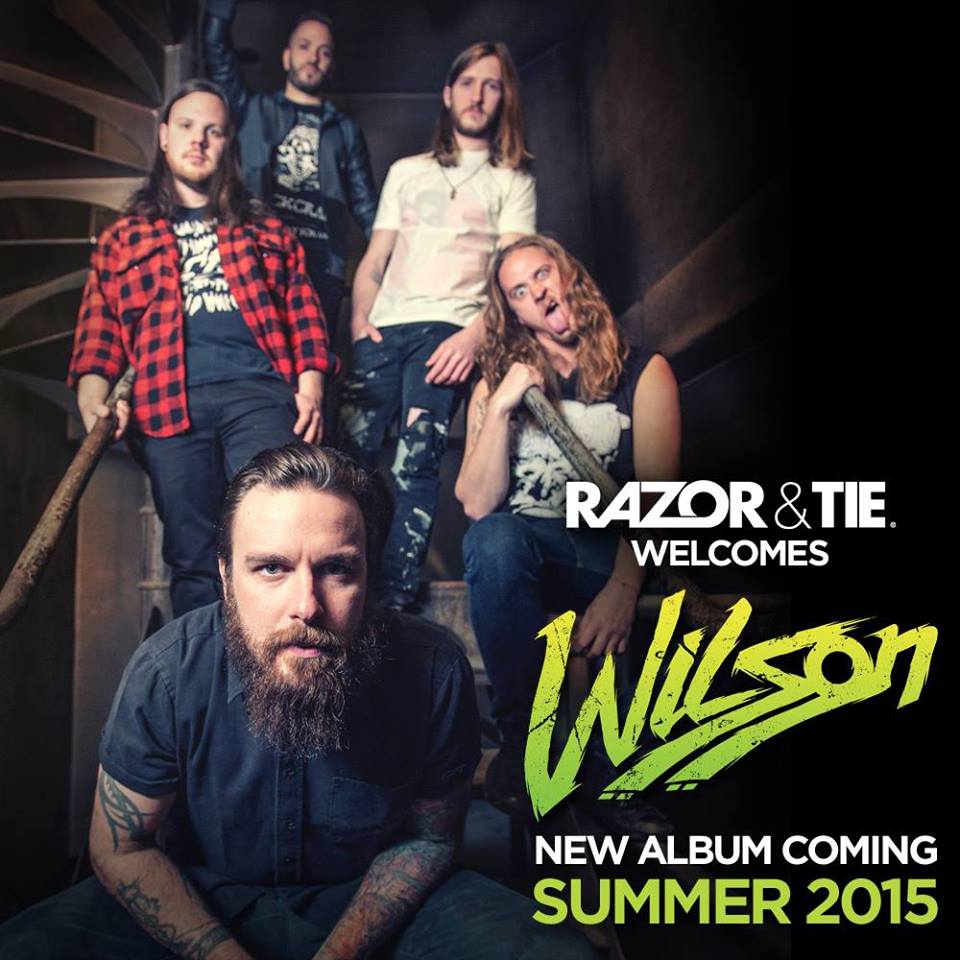 For more information on WILSON hit the links below. 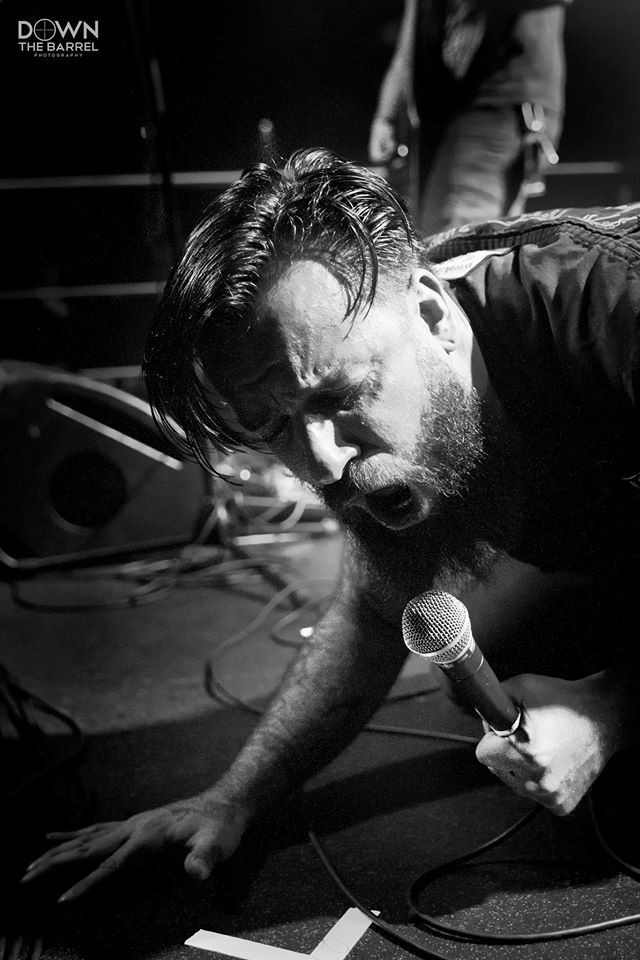