Words That Burn will be launching their next single ‘Deathgrip’ in the new year, so we reached out to bassist Ger Murphy for an exclusive play-through of the track especially for Overdrive… 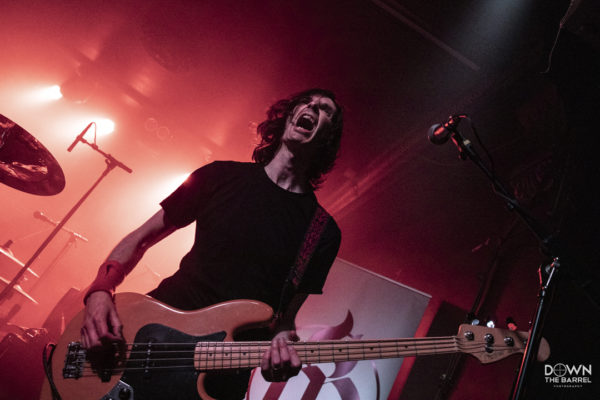 Following the success of this Summer’s “PYES” studio album, Irish alternative/metal-core outfit WORDS THAT BURN, are enjoying an army of new fans who have taken to the albums last single ‘Riptide’ to over 55K streams.

Looking to 2020, the band will be releasing another cut from the album in the form of ‘Deathgrip‘, which peaks as one of the more heavier tracks from ‘Pyres‘.

Inspired by the pitfalls of social media and negative peers, vocalist Roni Vox commented on the lyrics;

“Well, the song is basically about pulling trying to pull yourself out of a rut. Sometimes I feel like I carry the weight of the world on my shoulders. Particularly if I spend too much time on social media. It’s a horrible fucking place these days.

Doom & gloom with a side of whinging assholes. I find it easier to let in all the bad things in life and there is so much of it now there are days when it really kinda consumes me. There is more but generally that’s what ‘Deathgrip’ is about. Pulling, or at least attempting to pull yourself away from a shitty way of living. How he puts that in a visual – I don’t know”

Check out the play-through video from bassist Ger Murphy below;

“PYRES” is out NOW and can be accessed via the bands Spotify account (click here) or exclusively on sale in Tower Records, Dawson Street, Dublin 2. 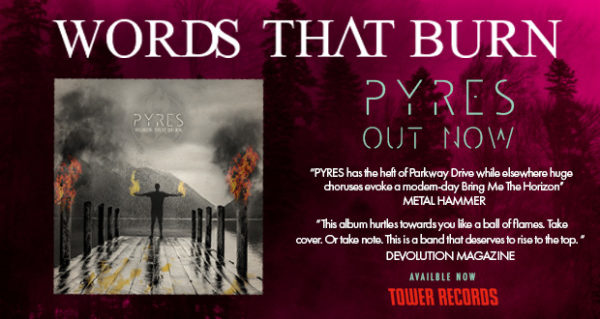