NOLA thrash metal legends EXHORDER have announced plans to release their first album in 27 years, Mourn The Southern Skies, which will be released on September 20th via Nuclear Blast Records. 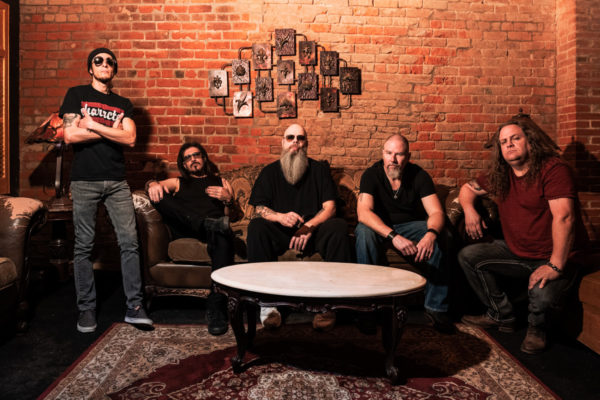 The wait is finally over; today the band has also debuted the record’s lead track, ‘My Time’, alongside a music video that can be seen at the link below. Fans can pre-order the album now as well.

Watch the official video for ‘MY TIME’:

EXHORDER will also support the new record with their first ever UK/IRE tour dates. Tickets are on sale now.

“The upcoming run in October that Exhorder will make in support of our first new album in twenty seven years is special for several reasons. Of course, it will be great to return to the wonderful community of Essen, Germany for a show at Turock.

However, there are some milestones for Exhorder that must be acknowledged; although over the years my travels with Floodgate, Alabama Thunderpussy, and Trouble have taken me across the United Kingdom, Exhorder has never been to the UK before the one show we did in 2018 at Bloodstock.

This year we will do two stops in England, hitting Manchester as well as London. We will also travel north to Scotland, performing for the first time ever in Glasgow as well. For me personally though, the true bucket list item on this trip will be not only Exhorder’s first trip to Ireland, but mine as well.

As the grandson of a full blooded son of Irish immigrants, this half-Thomas half-Harrigan is immensely looking forward to setting foot for the first time on soil rich in history that I know little to nothing about, regarding my ancestry.

Our one show in Dublin will make it a brief stop, but rest assured it won’t be our last! Everybody get a good night’s sleep and take your vitamins, because Exhorder is bringing the energy your way in October!!!”

The tour dates read as follows: 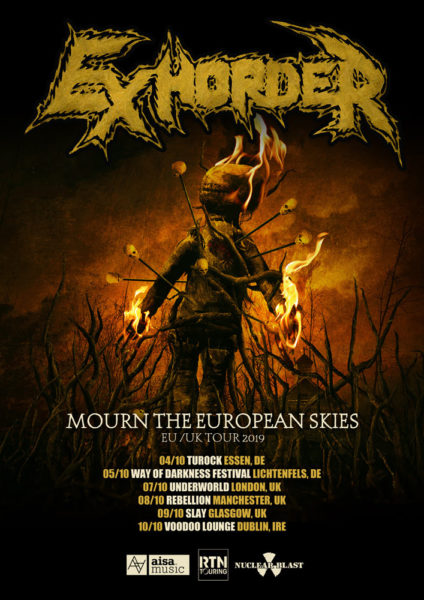