EXODUS Reveal album art for ‘Blood In, Blood Out’


Legendary thrash metal band EXODUS have revealed the never-before-seen album art for their forthcoming album, ‘Blood In, Blood Out’, check it out! 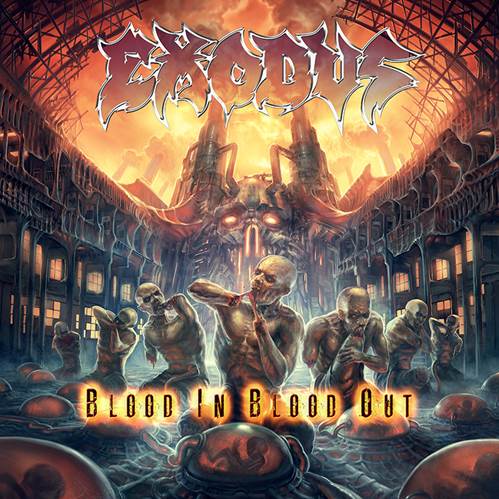 October 13th via Nuclear Blast. The album art was illustrated by Swedish artist Par Olofsson, known worldwide for his incredible renderings that have graced the covers of countless heavy metal albums, including EXODUS’ ‘Let There Be Blood’.

The concept for the art was impressively envisaged by Olofsson based on the album title alone, guitarist Gary Holt explains, “The concept came from Par Olofsson – I fed him the title and he immediately came up with the final concept, and it’s perfect! One of my favorite covers we’ve ever done and it fits the title and theme to a T!”

‘Blood In, Blood Out’ is EXODUS’ 10th studio album, and marks the band’s first release with new vocalist Steve “Zetro” Souza since 2004’s ‘Tempo of the Damned’. The release will once again be produced by mastermind Andy Sneap. Rolling Stone have also reported that Metallica guitarist Kirk Hammett churned out a special guest solo for one of the tracks on the album.