Demented Promotions have informed us that legendary Scottish punk crew THE EXPLOITED will be making their long-awaited return to Ireland for a headline show in the capitals Voodoo Lounge venue on June 8th. Get all the details below; 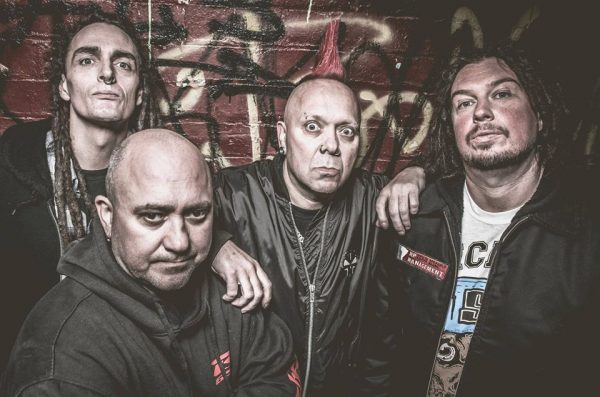 The Exploited have been making noise for over 30 years now and it doesn’t look like they have any intentions of slowing down anytime soon.

Known for their DIY ethic and anarchist tendencies, crafting lyrics about chaos, anger and protest, and sometimes simply about having a good time the Scottish natives will be ripping through their legendary back catalogue, on Friday, June 8th in Dublin’s Voodoo Lounge.

Having formed in 1980, The Exploited have since gone on to become known globally, with their songs being covered by the likes of Slayer and Ice-T.

Specializing in two-minute blasts of high-speed adrenaline fuelled music, they released their first album, Punk’s Not Dead, in 1981. Lyrically they sketched out themes such as war, corruption, unemployment and police brutality. All amid a chaotic blur of crashing drums and flailing guitar chords. Mostly categorized as punk the band’s output has also had phases better described as thrash crossover.

“Fuck The System‘ their eighth studio album sees the band on more explosive form than ever, riotous, unrepentant and wholly uncompromising. Tracks like ‘Never Sell Out‘ and ‘Chaos Is My Life‘ (both self-explanatory) are as brutally heavy as anything bands half their age have to offer and prove beyond doubt that, not only is there life in the old dog yet, but the fucker’s got rabies!

‘Fuck The System‘ isn’t just an album title; it’s a statement of intent. But then, it is a punk rock album, and make no mistake.

The Exploited are punk rock!

They continue to retain a cult following to this day and they’re headed for The Voodoo Lounge in Dublin on Friday, June 8th. For more information, please visit Demented Promotions. 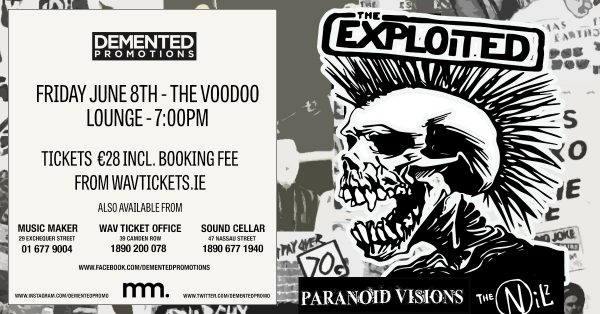