By now, it’s no secret that Colorado Thrashers HAVOK have released one of the years most exciting Thrash albums. Overdrive caught up with vocalist/guitarist David Sanchez to talk about ‘V’, their new line-up, his throughs on the bands evolving sound and much more… 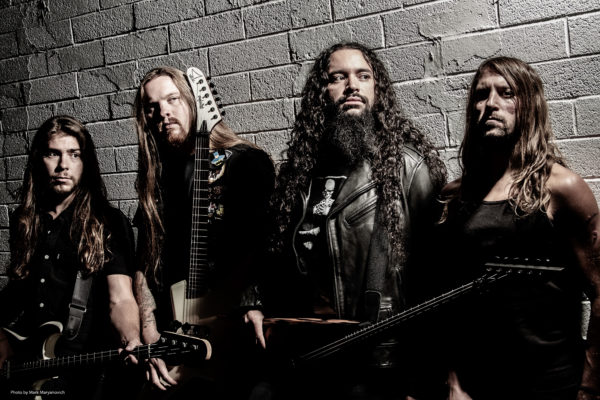 HAVOK have succeeded in crafting a sensational new album that has raised the bar with reference to contemporary Thrash Metal on a global scale.

Having separated themselves from the ‘herd‘ of Thrash-by-numbers bands that seem to be a dime-a-dozen these days, HAVOK brings a new fresh, dynamic set of songs to the table with their uncompromising new album ‘V‘.

We caught up with vocalist/guitarist David Sanchez from his home in Denver, Colorado during this pandemic lockdown for the lowdown on all things HAVOK. 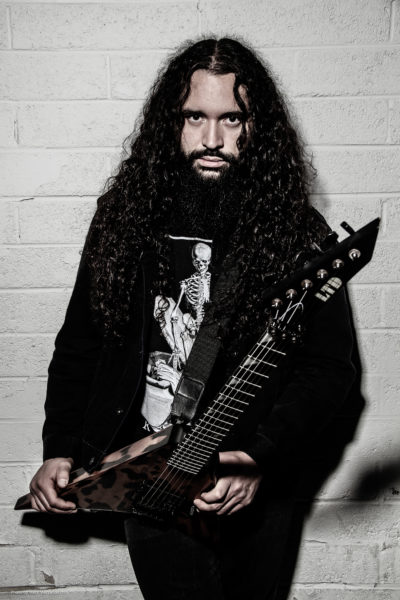 OD – So, the first thing I need to know is, was there any hesitation in releasing this album due to the pandemic?

DAVID – Well, the idea of possibly postponing the record definitely crossed our minds. But all the wheels were already in motion for releasing the album on May 1st, so instead of fighting that and then just putting the entire release of the album into question, so we just decided to put it out regardless.

Delaying it would have not been a ‘sure thing‘ of like: “Okay, let’s just release it on this random date!“. Everything is so uncertain right now and delaying it could possibly mean that the album doesn’t come out for another six months, so, regardless of what’s happening, we decided to just go ahead with our plans as scheduled.

OD – When touring for ‘Conformicide’ came to a close, was that when the new material was being put together for this new album or was it a case of writing; whilst on the road?

DAVID – Well, we often add to our ‘riff-pile‘ and we add to that sometimes during touring if we come up with a cool riff and then it’s all added into a collection of ideas that are locked away safely for future use.

Now, some of the ‘riffs‘ that are on ‘V‘ were written up to about 10 years ago. They had never made it into any of our songs until now. But as far as writing goes for full arrangements and ‘full songs’, we didn’t really dive into that until about late January/early February 2019 and that gave us time to go through our inventory of riffs, ideas and inspirations. You know… stuff that just ‘felt right‘.

So, we started putting the songs together in late January/early February and I guess the actual song-writing process didn’t really begin until we had a kind of flow and then it just snowballed and we were punching out material very rapidly.

OD – Of course, this is the first studio outing with [new bassist] Brandon Bruce, was his presence on the album a refreshing boost to the overall construction of the album as I know Brandon was involved in some of the lyrical structurings also? 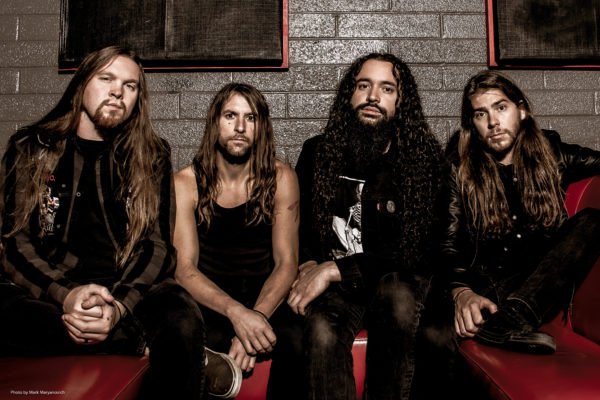 DAVID – Yes, it’s good to have a fresh set of ears on things and get some outside opinions, that’s why people choose to work with producers in the first place. It’s always a little tricky breaking in a new band member and learning how to work together and finding out where each others train of thought leads to. It’s not the easiest thing to do, not to mention learning the back-catalogue of music and that person figuring out their own impression of it.

Working with someone new is brings out a lot of really positive stuff and yes, it was a really refreshing experience from someone who was not in the band for so many years.

OD – There is no doubt that this album is way more dynamic for you guys and from what I can tell there are a lot of complex parts to each instrument, kind of like the way Meshugga play different parts with polyrhythms etc, yet it all materialises creating a vastly impenetrable sound. Did you find that the process opened up the possibilities as a collective unit going forward?

DAVID – Yeah, I’m really glad that you heard that because it was a very conscious decision to create that complex layered sound with all the stringed instruments on this album.

We wanted the ideas to bounce off each other rather than all locking into just one idea. We basically took a bunch of different ingredients to make a meal or a lot of different threads to weave them into one piece. It definitely opened up a lot of creative doors that we had not walked through before.

OD – Besides the simple title of ‘V’ was there any other runners for an album title and if so, why did you then decide to just call it ‘V’?

DAVID – Yes, with the drums and percussion we tried to make things polyrhythmic and syncopated, not just “blocky” or; “ABCD, ABCD“. It was very much a decision on our part to make this album a lot more ‘dense‘ and musically dynamic and I think we’ve achieved that for sure.

We really put a lot of thought into the tracklisting and making the album to flow and help the listener to retain a captivating approach.

OD – There is no question that Havok has been filed under the ‘Thrash’ genre, but considering the evolution in the bands’ music from ‘Burn’ (2009) to ‘V’ do you feel that you are somewhat transcending in terms of sound and can you ever see the music evolving into something completely different almost; like what happened with Opeth?

DAVID – Well yeah, we will definitely continue to evolve, but if we were to make a very bold step into a different genre like Opeth for example, I wouldn’t feel comfortable doing that under the ‘Havok‘ banner.

I think it’s not the best idea to change the format and still go out under the same name. A lot of fans may look at that as kind of a betrayal of sorts [Laughing].

If we wanted to go way weird with the music, I don’t have a problem with that but I don’t want it to be under the Havok banner. It’s kind of like… I find it really strange that bands can change their entire product but still call it the same thing.

OD – With regards to Heavy Music as a whole, do you feel that things are in a healthy place right now, especially in light of some of the pioneering bands reaching certain points in their career where they are retiring etc such as Slayer?

DAVID – Yes, I would say it is. There are a lot of bands that are putting out some great music today. As long as that happens I think we’re always going to be in a good position. Bands’ today don’t always need to try and re-invent the wheel, they just need to put out good content.

I would rather hear a killer, killer song that reminds me of another great song than listen to a song or style of music that I’ve never heard before that doesn’t get my adrenaline pumping. Sometimes it’s better to put out good content than trying to just be weird for the sake of being weird.

Now, don’t get me wrong, I listen to a lot of really ‘out there‘ weird fucking stuff. [Laughing]. But for those weird bands that I love, there is something in their music that pulled me in, in the first place and that’s what I admire and really like about new music.

OD – I know that the tour that you should be on right now with Hatebreed, as well as July/ August, has been shelved due to the current situation, have you discussed the options of what you can do for the remainder of this year, should the touring aspect be a no-go? 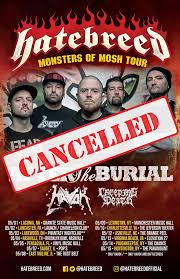 DAVID – There are talks of possible shows in Autumn but all that remains to be seen as this thing is just out of everybody’s hands and we have to sit it out, do the right thing and hope for the best.

The worst part of this whole thing is the uncertainty. Obviously all bands/artists make their living from live shows and for us especially playing shows has been the number one way for us to promote ourselves and make a living so the uncertainty of just not knowing when we can do that again is the toughest part.

But as far as doing thing online, Havok is pretty spread out so, for us to meet up and do an online stream show is not really logistically an easy thing for us to do. So, I’d rather just wait until we can do it properly rather than some time-consuming, logistically complicated plan to jam a virtual show online and just wait until we can get out there and play our shows the old-school way.

I would much rather use this time to create new material than try to recreate a version of the music that we just put out. If you want to hear the best version of that song, just listen to the album that we’ve just released. [Laughing]

OD – What has to date, been your most memorable gig and why?

DAVID – The most memorable show I’ve ever played was in Bogota, Columbia at a Festival called Rock el Parque and we were performing on stage in front of 30k/40k people. 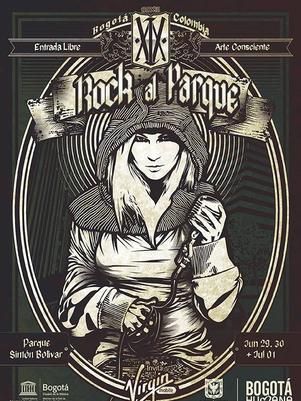 To this day, that is still the most people I’ve ever played in front of and it was just a mind-blowing experience.

It was our first time playing in South America and we just couldn’t believe that there were so many people that knew our music, the melodies and the lyrics.

When we took to the stage, they just lost their minds and to this day I’ve never been so nervous for any show. Nothing has ever topped that show.

Imagine walking out on stage and once we started seeing ten different circle pits breaking out in an ocean of bodies and it was just the trippiest thing I’ve ever seen during my time as a musician. It was just a totally surreal experience.

Thin Lizzy, Deep Purple, Black Sabbath, Led Zeppelin…there was just so much awesome music released during that decade. It was so exciting and ground-breaking. 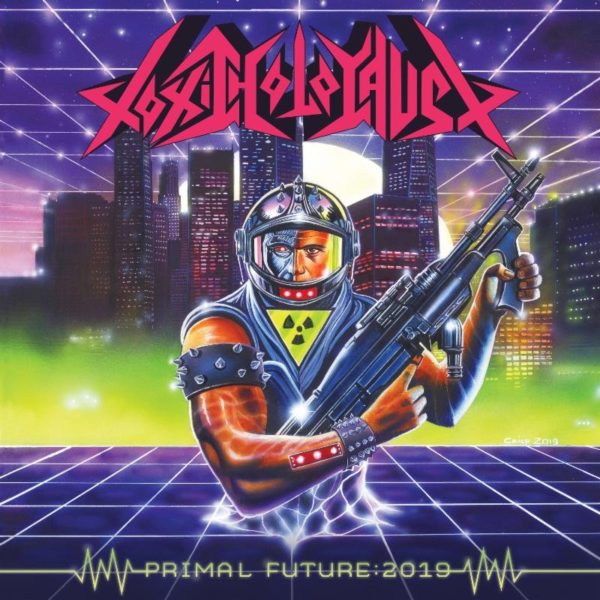 OD – Play us out with a video of your choice and the reason why you’ve chosen it?

DAVID – How about the lyric from ‘Post-Truth Era‘, because the lyrics are just so appropriate to what’s going on in the world right now.

Havok’s new album ‘V’ is out now via Century Media. Pick up your copy here. 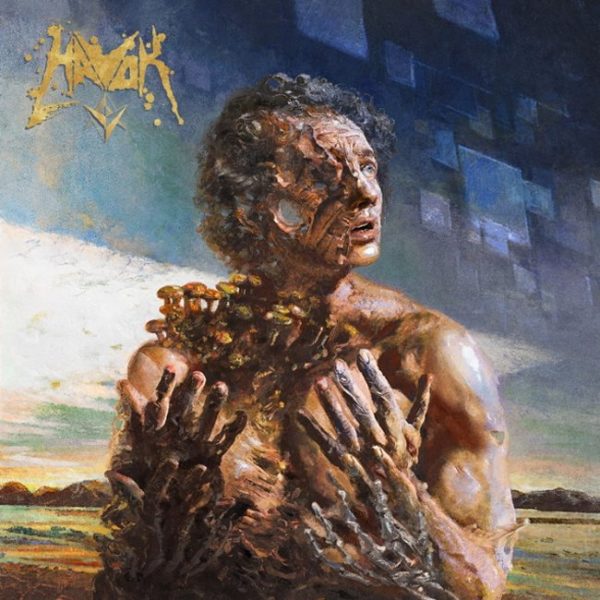