FEATURE INTERVIEW: “I WAS KICKED OFF THE MÖTLEY CRÜE TOUR & LOST MY BOOKING AGENT” TUK SMITH


Following the chaotic end to The Biters, frontman, Tuk Smith launched a solo career that exploded with misfortunes, from label issues, the pandemic, booking agents, resulting in a completed album that, will most likely, never see the light of day. He tell’s us all about it below… 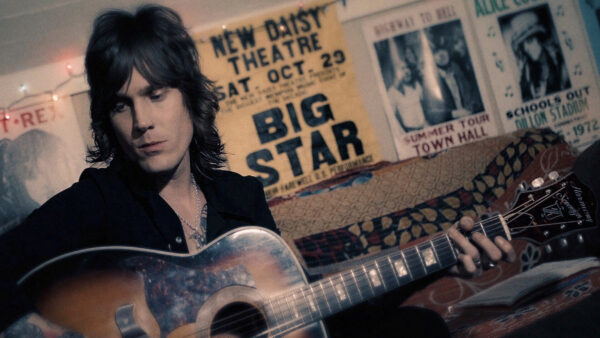 Talking from his home studio in Atlanta, The Biters former frontman is busy promoting his new solo album, ‘Ballad of a Misspent Youth’ all-the-while repairing the catastrophic damage that occurred over the last three years.

Despite the arduous experience that he’s encountered from the implosion of The Biters, to a whole album of solo material being held captive by his former label, not to mention being kicked off the Mötley Crüe tour, and so much more, Smith is in high spirits, and wants to share his tale of misfortune-come-celebratory journey to present day and the release of his fantastic solo LP.

As we settle down, and exchange our pleasantries, I’m quickly reminded of just how sincere, and genuine Tuk is, (I’ve had the pleasure of talking with him back in 2017), and as he began regale the nightmare he’s been through I figured the best place to start was at the beginning…or the end of his time in The Biters, and the start of his solo career…

OD – Before we get into the new single/album, etc, can you briefly tell me about what happened with The Biters, besides what has already been put out there, as it sounds like there was a lot of issues on the business side of things?

TUK – Earache records was really great for me overseas, so I don’t really have a lot of bad things to say about them in that regard. But the issues were happening on the US side of things. We were trying to licence the music over here, and without going into a lot of details, managers started arguing, then they started shouting and screaming and then the whole situation just disintegrated into very poor communication, which led to certain people not being the best version of themselves. Of course, there was some inner turmoil in the band also, so, that just was the icing on the cake. 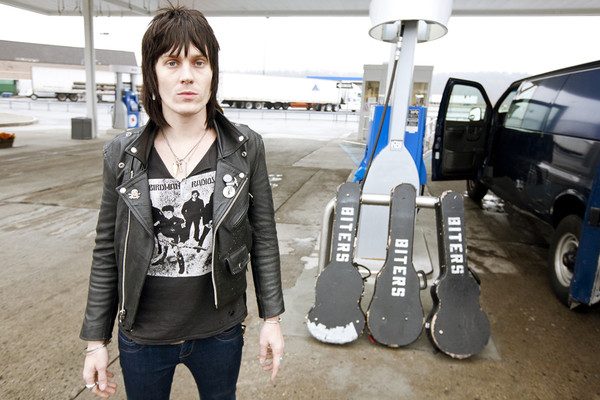 People who are going to pursue music as a full-time career, are, let’s face it, a little crazy [Laughing]. There are usually issues with drugs and alcohol, so with all of that going on, plus the business/management side of things, it was a perfect storm of chaos that just ripped through the heart of The Biters, and things just imploded.

For legal reasons, I can’t go too deep into all of this, but in short, the only way that I could keep going, was to go solo. Ever since that happened, I’ve been hitting it hard, and driving as much into my projects, and creativity as I possibly can.

OD – Going through that dark period…after all the work, blood, sweat, and tears that you poured into The Biters, did you find that you were on damage control creatively before you started writing again?

TUK – I think the last Biters record, I was really doubting myself. I was dealing with a lot of drama and egos. That shit can really poison your mind and it’s very easy to loose track of what the initial reason for doing all of this, actually is! So, when I went solo, I was able to repair a lot of damage. I wrote forty songs for the record that was shelved [I’ll come to that later]. I really felt that I had something to prove.

OD – I spoke to you back in 2017, and is was clear to me that you were one hell of a focused person, so to see you back with this new project, kicking all kinds of ass, is not a surprise for me. So, let’s get into when you started working on the new material that we’re hearing today? 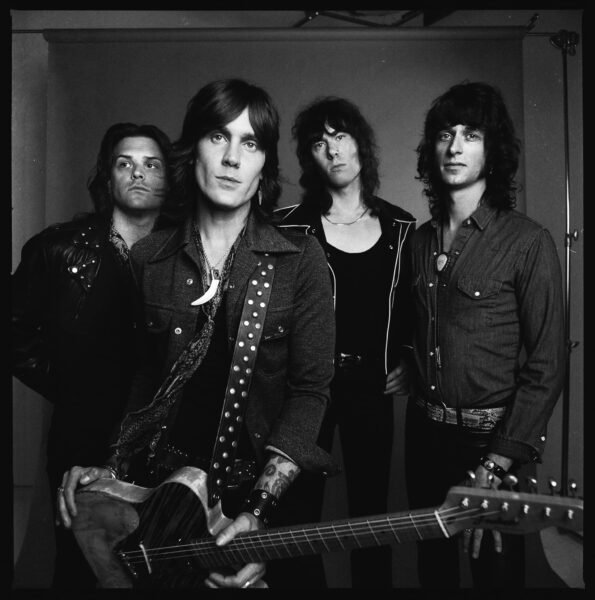 TUK – Condensed timeline, I wrote three albums worth of material for that first solo album. I completed the album and I started to get all the tours, and things were really going my way. I was very happy with things, and then Covid happened, and before you know it, two years of cancelled tours, and promo opportunities went by, and the label then decided to NOT release my album!

They said; “A shed or stadium-sized tour“. That was their protocol. They don’t release records unless the artist is on tour, or in front of a huge audience. I had the option to leave that label at this time, and knowing that it’s not their fault, it’s the reaction of Covid that was forcing me from touring, I once again found myself in a sort of holding tank until the world returned to normal. I didn’t even know if I was going to be able to tour that Summer. It was crazy.

So, the album got shelved and the fucked-up thing, is that during the pandemic, I was locked in the house and the only thing that was keeping me sane was writing music. So, I basically wrote two more albums worth of music, and the new album is part of that writing period.

OD – I see that you’re working with ‘Better Noise Entertainment’, which is an independent platform that covers not only music but a wide range of creative mediums. Do you feel a lot more freedom here with the business side of things in contrast to your previous ties with labels during The Biters era?

TUK – So, Earache didn’t really A&R me or anything, Better Noise was more of a corporate label, and they had some input, but to be honest, I was blessed that they just let me do my own thing and make a guitar-Rock record. There was a lot of “one size fits all” structure, which is very normal with this type of big labels. The label I’m on now…they don’t fuck with me. As long as the songs were good, they were cool with things. A lot of artists don’t get to make guitar rock albums these days, unless you’re a heritage act, so I was very grateful to have been able to do my own thing.

OD – With regards to the album that Better Noise have now shelved, do you think that it will ever see the light of day?

TUK – That album was produced by Rob Cavallo (Green Day, Goo Goo Dolls, My Chemical Romance). I’m not sure what will happen to that album. But I can tell you that as soon as the world started to open up again, I recorded a whole new batch of songs, which is what you hear on this album ‘Ballad of a Misspent Youth‘, and paid for it all on my credit card. I pressed up some vinyl, and I was thinking to myself, this is my big “Fuck you” to everything that had happened to me. It was at this point that Music Recording Group LLC took on the album, and bought it back from me, so I recorded two more tracks, and that’s what you hear on the album today.

This whole experience was unreal. It’s like a movie! The whole story is just out of this world. 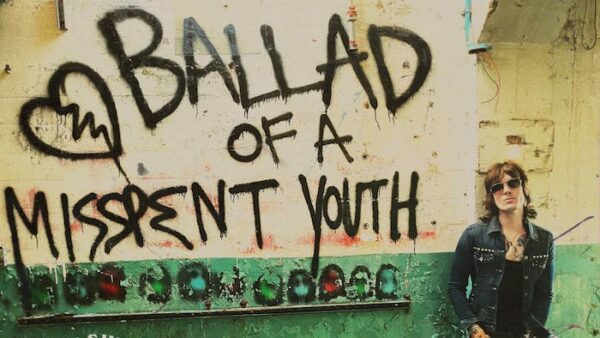 OD – It obviously sucked loosing the gig with Mötley Crüe, but will that be happening again with their European dates next year?

TUK – So, when I was on Better Noise, (the label that shelved the album),  the owner of that label, Allen Kovac, is also Mötley Crüe’s manager, so as soon as I left that label, I was immediately kicked-off the Mötley Crüe tour, and a band that Tommy Lee’s [Mötley Crüe drummer] manager looks after, was booked in place of me and my booking agent dropped me…immediately. So, it’s all political. I know it sounds insane, but that’s what actually happened. So, basically. I’ll not be on that Mötley Crüe tour. [Laughing]

OD – Now that the shackles are off, what can we expect from you in the coming months and I’m guessing 2023 will be a big year?

TUK – There’s lots of moving parts happening at the moment. I’m currently in talks with a label in the UK, on a kind of partnership agreement, because it’s really hard trying to tour the UK without a base over there. Plus I’ve just signed a deal with CAA Worldwide, which is a great booking agency. They are looking for every, and all opportunities for 2023, so fingers crossed I’ll be back in EU/UK at some point this year.

OD – If you could give any advice to anyone else in this business based on what you went through over the last 4 years, what would it be?

TUK – I don’t really think I’m the best person to give advice, because I’ve been fucked so badly. But what I will say, is that you need to have very thick skin. I don’t know why I’m so driven, but I’m still here today, and doing what I’ve been dreaming about. If you can write a good song, then just keep doing that,  and I’m sure the right people will make themselves known to you. Lots of perseverance, with a little bit of being in the right place at the right time, but most of all, you gotta watch your back.

Tuk Smith and the Restless Hearts new album, ‘Ballad of a Misspent Youth‘ is out now. Find out more via this link.