Just a few hours before his debut Irish performance under the Mammoth banner, Wolfgang Van Halen invited us into his private quarters for a chat about his debut album, stepping into Van Halen at such a young age, and the passing of his Father, Eddie Van Halen…. 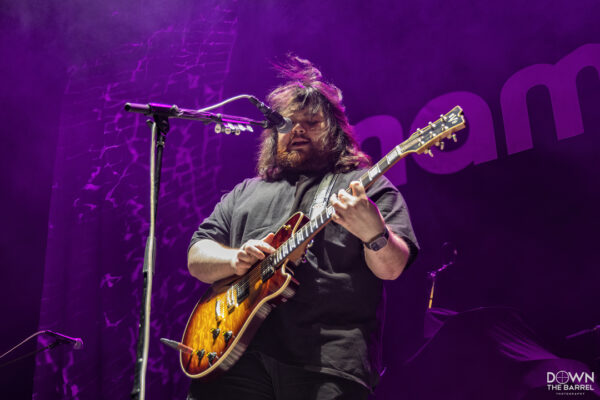 Despite the wrath of winter gripping the final leg of the Alter Bridge tour, Wolfgang Van Halen is in good spirits as he prepares for his debut performance with Mammoth in the Irish capital…

As we settle down for a catch-up with the multi-instrumentalist, there is one thing that stands out about Wolfgang, and that’s his gentle, unassuming personality. Considering his life has been an open book since joining the ranks of Van Halen at the tender age of fifteen, there is a genuine aura of kindness, and sincerity to his temperament, that, to be honest, is rare to find in this industry.

From his experience in VH, to performing with Tremonti [Mark Tremonti’s side project from Alter Bridge], the passing of his father in 2020, and taking on the huge responsibility of his debut project, Mammoth, the thirty-one year old has much to say about his unusual journey to becoming his own person, in charge of his own endeavours.

OD – This tour has brought you straight into the heart of the EU and through the UK, so I’m assuming that there was a lot of firsts for you with regards to new territory. Has it given you the appetite in coming back on your own merit to headline shows in the future?

WVH –  Absolutely! That’s the plan. We were going to be coming this way with another tour but that didn’t work out, so when we saw the list of dats for this Alter Bridge tour, it was perfect. Being able to tour with AB and Halestorm, is just awesome as they are just great friends. We’re just so lucky to be out here, considering what’s happening in the world, and the rising costs of touring, etc. I’m very grateful to be doing this night after night.

OD – The debut album has received so much critical acclaim, including Grammy nominations, ‘Best Rock Album’ etc. Does this freak you out that so much adoration has been focused on the album, and does it cause any anxiety/pressure for the follow-up?

WVH – I think if I stop and think about it, then maybe. But I’ve already recorded the bulk of the next album, and just had to “down tools” for a while, so I could do this tour. The plan was to just focus, and try to do the best that I can do. After all, that’s what made the first album work, so I’m looking to try to capture that ethos again for the follow-up.

Basically, I just write music that follows my heart, and my tastes, and ultimately, music that makes me happy.

OD – Speaking of new music, where are you at with that, as it’s been about a year and a half since the first album?

WVH – I need to go home, and do the vocals, and the guitar solos. I am recording this album totally on my own, like I did with the debut. I know it may come across as selfish [laughing], but that’s just the way that it works for me. I like to completely immersive myself in the music…in all aspects of it. 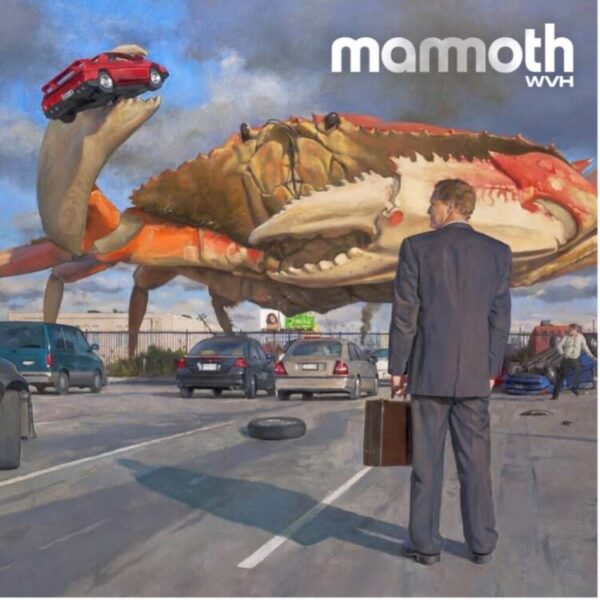 I think a lot of people have tried to turn it into something else saying things like; “Oh it’s because he doesn’t want to pay other musicians“, and it’s not that at all. This is just something for me. It’s a sacred experience for me. It’s my project, and an artistic outlet for me and my mental wellbeing. I’m so luck that I have this incredible live band that just slays live, so I get to bring this creation to life on stage.

I suppose, it’s kind of like Nine Inch Nails, in the way that Trent Reznor creates all the music, records it, produces it, etc, and then he has this band that can bring it to life when needed. I’m not comparing myself to Trent, but it’s more the interesting duality to this approach, which is so much fun, and deeply satisfying. 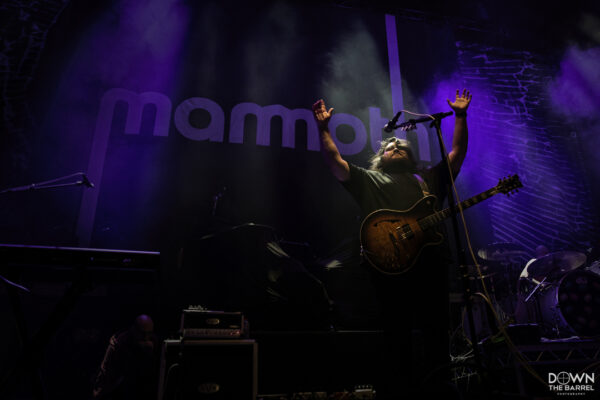 OD – You’ve had a very unusual career in music so far with your time in Van Halen as a very public introduction to the world. When you look back on that moment when you stepped into the band in 2006, it must have been such a daunting experience at first?

WVH – Yes, to be honest, I wasn’t prepared for what it all meant. I had been playing and rehearsing with Dad [Eddie Van Halen], and Al [Alex Van Halen] for years prior, and it was just this thing that we did together. But then when I finally went out into the world doing this, it was very obvious how strong people felt about the band.

It was a lot to handle and I think I’m still dealing with the mental effects of being in this business/industry at such a young age. I’ve been in the music industry already for fifteen years, and I’m only thirty one years old.

It was a baptism of fire where I was forced to grow up very fast. I could only do my best, and to be honest, if it didn’t work I wouldn’t have been there. My Dad, and Al really care very much about quality, and they wouldn’t do things like this if they were not sure about.

OD – Of course, you’re time in Tremonti also, which, I’m sure makes this tour seem like a family get-together. Was it a strange experience to jump from VH to Tremonti, with reference to venue sizes and a much smaller, scaled down operation?

WVH – Not at all, the thing that makes me happy is playing music with people that I love. If I was playing for five people, or five thousand people it doesn’t really matter as long as I’m with good people. For me, it’s always about the music. That’s what comes first.

OD – When Eddie, sadly passed, you focused on Mammoth WVH. Did you find that the overall experience was very cathartic for you, as I’m sure it must have been an especially difficult time?

WVH – When Dad passed away, it was and still is, a hard reality to swallow. But when I was recording the first album, Dad would stick his head in every now and again, to have a listen. So, in fact, this album is more of a cathartic experience for me. But overall, working on music is very therapeutic thing for me. I’ve spent my entire career helping supporting someone else’s project, so to have this as something that I’m creating, 100% on my own…that’s a really great feeling.

OD – Plunging yourself into the writing process of your debut album, taking on the role of all instruments and vocals, that’s a huge challenge. Did you consider brining anyone in during that time period, or was it just something that you felt you had to do on your own?

WVH – I never considered brining anyone else in. But before Dad passed away, I began warming to the idea of getting him perform on the album, but NOT playing guitar. That would have really pissed-off some people. [Laughing] The whole integrity of the project is the fact that it’a all mine. There are a lot of people out there that have suggested that I bring in some other musicians to “bring in some fresh energy“, but I’m happy with the way things are right now. What they don’t understand is that I’ve done that in the past with other projects, so with Mammoth, this outlet is what I have for me. If they don’t like that, then they should go and listen to something else. 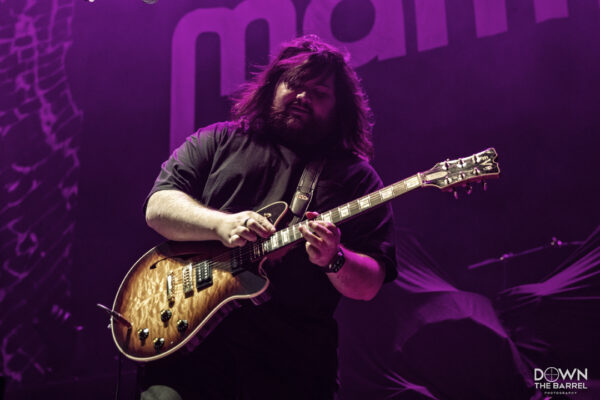 OD – You had commented in a previous interview that people outside your circle have made you feel that you’re not good enough! Now that you’re touring the album that you made, does this make you see that these people are talking out of their asses?

WVH – It’s tough. I’m just a naturally a self-doubtful person. My whole life, my self esteem has never been above the line. A lot of musicians/creative people are very introspective, and that’s definitely the case with me. I’m generally an introvert…most of the time.

WVH – [Laughing]. NO! Not at all! I’m actually warming up to situations like this. I find it nice to finally be able to talk to other people, like yourself. I am forcing myself to step outside my shell, and I’m enjoying the experience. After all, I did make a decision that I was going to sing, and face an audience every other night [Laughing]

OD – That being said, do you find it hard to trust people in this industry… especially because of who you are?

OD – As far as other musical projects go, do you have any other dreams or aspirations for future projects, that you’d like to share?

WVH – I think, having jammed with a bunch of amazing musicians at the Taylor Hawkings memorial show. Playing with Josh Freeze, Dave Grohl and hanging out with so many awesome musicians, it got me thinking how cool it would be to do something like what Dave [Grohl] did on the Sun City Recordings. I’d like to do an album with about fifty different musicians, so who knows? That may actually happen at some point down the line. 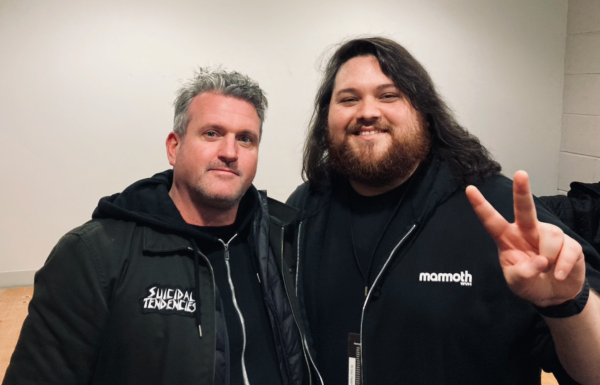