Pale Blue Moon – the brainchild of one Shane Kelly, a new goth-infused pop-rock project from Ireland that has big hopes for 2020/2021. Get acquainted with Pale Blue Moon… 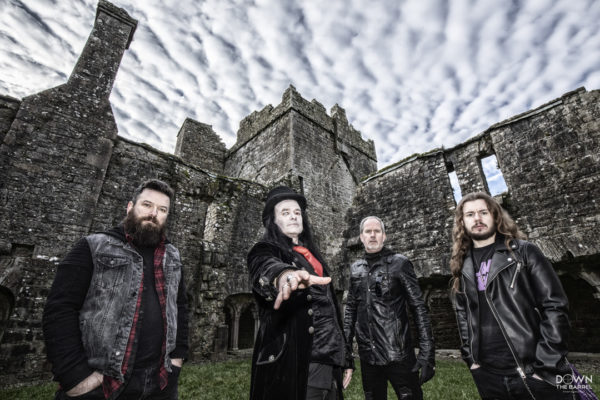 Each member of the group has had success previously with other groups and singer Shane Kelly approached each of them with the idea of forming a new partnership, which soon morphed into ‘Pale Blue Moon’.

Previously they toured with Shane Macgowan and the Popes, touring extensively across Ireland, the UK, Scandinavia and the USA. During the production of the album, singer Shane kelly shockingly suffered two strokes, but undeterred Shane completed mixing the album from his hospital bed via Skype, luckily Shane made a full recovery.

The band’s live show has grown from strength to strength and now they are poised to release the second single from the album. Mixing a dark and compelling mix of influences and imagery, Pale Blue Moon brings an interesting twist to the Goth/Pop Rock genre and we urge you to check them out.

OD – The overall visual of Pale Blue Moon suggests something quite cryptic can you explain the concept of the band for those who have not heard the debut single “Supernatural” yet?

SHANE – Yes, we are very interested in all things dark and gothic, nobody really knows us or what we are and we have decided to keep it that way, for now, the music and the personalities are ever-evolving, so like all art, we believe that the beauty will be in the eye of the beholder and we want to leave space for that and engage with the audience’s imagination.

If we fill in all the blanks, where’s the fun in that? The single Supernatural (see below) is a complete story in one song, lyrically using religious and cult language and imagery. A mixture of reality, desires, dreams and wishes.

OD – Speaking of the single, ‘Supernatural’, the reaction has been fantastic to date with over 830k hits on the YouTube video. How does that make you feel when you see figures like that?

SHANE – We are naturally delighted with the response, we entered the charts at number two on the week of release which was wonderful, and the video is going from strength to strength on YouTube. So that was a very encouraging start. 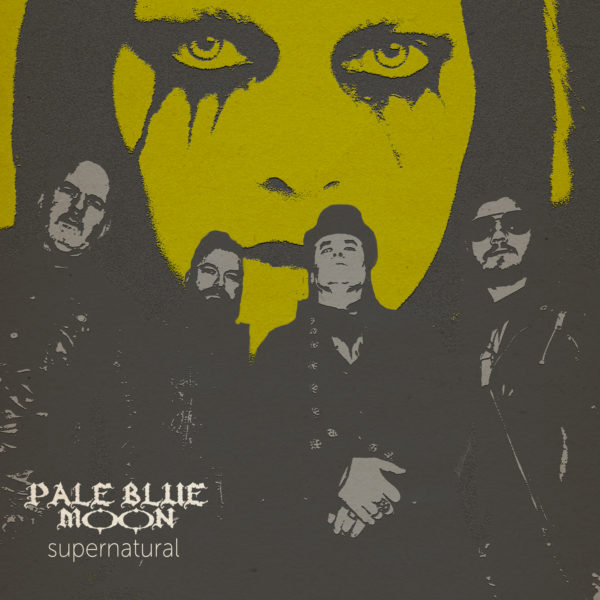 OD – Obviously, this is the first single from the album which is titled ‘The Pleasure of Finding Things Out’, can give us a brief synopsis of the album, from a lyrical point of view as I know you have said in the past that it’s about overcoming adversity and achieving, self-belief and positivity?

SHANE – We are excited to release the next single “It’s not real” and the rest of the album, which is how the audience will learn about us, the concept of Pale Blue Moon is revealed through the journey of the album.

Each song is written as a chapter of a book, with the album being the book. There are mysterious messages, clues, codes and hints throughout the album, waiting to be discovered and unlocked by the listener, and yes you are right, the album is a positive message, delivered in layers to be peeled away and consumed 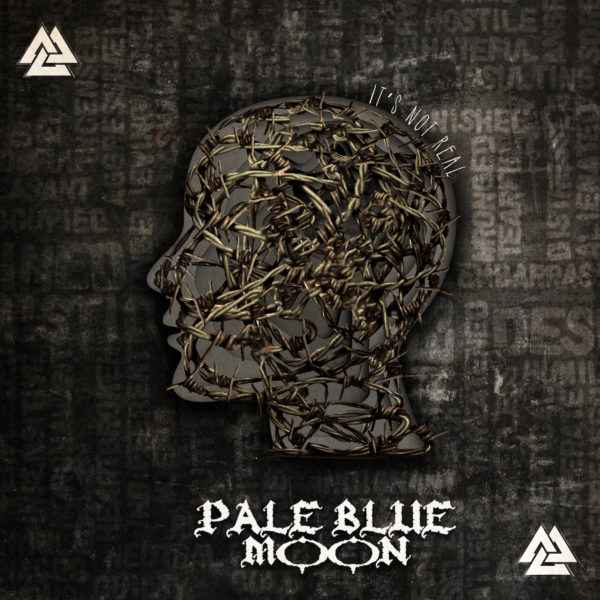 OD – Who else is in the band and how did you come together?

SHANE – I’m so incredibly lucky to work with such wonderful musicians in Pale Blue Moon, Brian “Griff” Griffin on drums, Mark Kirwan on bass and Jack Murphy on guitar. 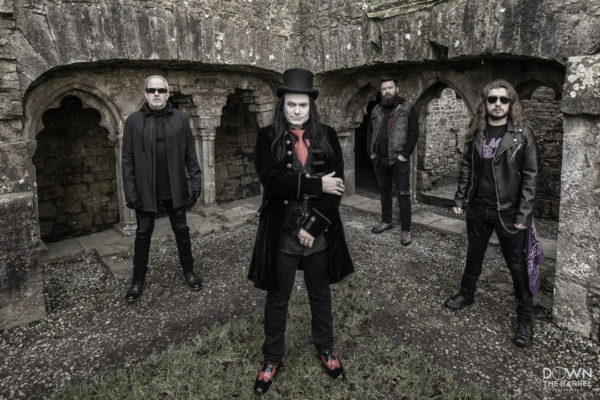 Griff, Mark and Jack are all consummate professionals with wide-ranging abilities, skills and experiences. It’s very humbling to work with musicians at their level of talent.

Together we make Pale Blue Moon what it is, an eclectic mix of styles and substance. We were all working in other bands and I knew all the guys by reputation, so I reached out to them when I was putting together the concept of Pale Blue Moon, I knew if I could get them all together we could create something special!

OD – We understand the second single ‘It’s Not Real’ is due for release prior to the album next month. Can you talk about that track in particular and the meaning behind the lyrics?

SHANE – The second single  “It’s not real” will be released at the end of June, so we’re very excited for our audience to hear it, its another step in the evolution and revelation of Pale Blue Moon. A visualizer is currently in production for the track which we can’t wait to unveil.

The song is written from the perspective of someone who is being bullied and facing bullying every day, could be anyone of any age in any situation.

The lyrics articulate a sense of being out of control and alone. The music mirrors an ominous sense of foreboding and ever-increasing anxiety. The words a bully says are not real (it’s not true) but it physically hurts like it is real. 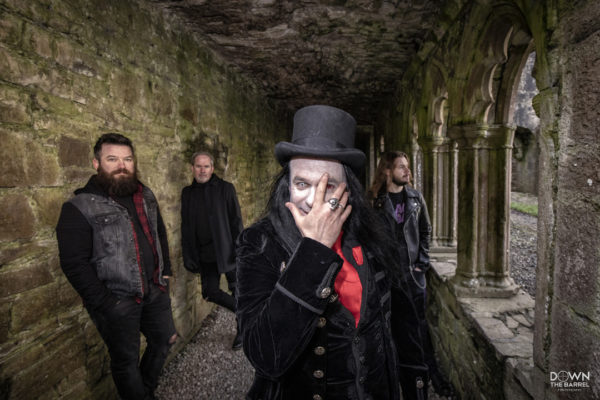 We experience bullying and hurtful words as if they are real and true, even though they are false. It’s not fair when we are bullied (when they stare) and we are singled out, we feel we can’t control it. The protagonist in the song desires someone to hold their hand support them and make it all ok.

However at the end of the song once the protagonist realises that the words other people say are just that – words and not fact, not reality, then the hurt melts away, they no longer care if they stare then they are free.

We do have power and control once we take it, nothing anyone says can hurt or affect you. When you truly realise it’s not real then, you are free, no matter what anyone says.  You’re bulletproof, it’s a true superpower. You can’t be affected or hurt.

OD – You have spoken to press recently about being a stroke survivor, for those that don’t know, can you give us a background on what happened and did the overall experience have a direct influence on what we can hear on the album?

SHANE –  Yes two years ago I had two strokes within a month and spent 3 months in hospital and rehab. It happened completely out of the blue and unexpected. It was the most frightening experience of my life I believe I experienced what it feels like to die.

As I was having each stroke I could feel my grip on life and reality slipping away. I was filled with an enormous sense of regret, regret that I was leaving my young children and wife behind to fend for themselves in life and I felt that was terribly unfair.

After the second stroke which was actually an eye stroke, I was left blind in one eye. I was terrified that I may survive the stroke and be left completely paralysed, as I was becoming paralysed on my left side.

However, I did survive and yes it did change me, I have no fear of failure, you get one shot at life, take chances and go for it! I don’t let the fear of failure prohibit me from trying.

OD – Pale Blue Moon has a more ‘pop/rock’ like feel to the sound but with undertones of other influences here and there. Can you tell us about the music that has inspired you over the years?

SHANE – The future musically for Pale blue Moon is probably a bit darker and heavier, we’re not finished with that yet and it’s something we are eagerly exploring. I like all things dark and gothic, so we are playing with those themes. How that will ultimately manifest itself I’m not sure yet, but that’s what makes it so interesting and fun.

OD – What can we expect from the more recent material that you are writing, for example, is the sound of the band evolving to something a little darker?

SHANE – We have a philosophy in Pale Blue Moon that we should give the audience a performance and a show.

Yes, we are deeply attracted to the theatrics of the show. As Pale Blue Moon it is both that I feel different on stage and it is an expression of who I am inside, following the strokes, I do sometimes experience life in a twilight world where I can see the turbulence of air (just like van Gogh did except I can paint) and I also experience synesthesia, where sounds, particularly loud sounds I experience in colour, low-frequency sounds are red and deep purples, high frequencies are whites and bright blues.

If I hear a loud high frequency sound like metal falling on the floor, such as knives and forks I see very bright white flashes. So, this all feeds into the imagery we portray as Pale Blue Moon. As I said earlier I’m fascinated by all things dark and gothic. I love the style, however, I don’t believe in magic, I’m a staunch believer in science and reason 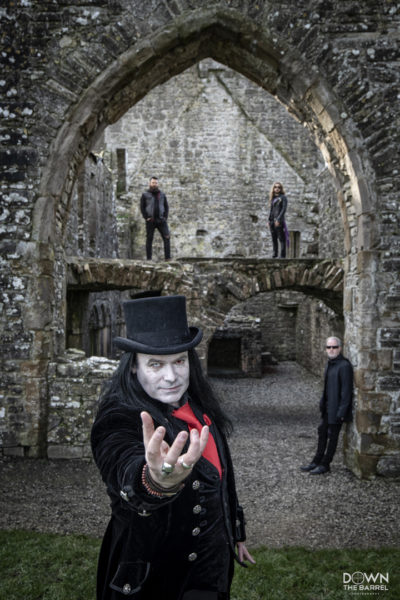 OD – From looking at your promo photos, we see that you’re interested in the theatre and the mysterious side of things. When you step into the character of Pale Blue Moon, do you feel different in any way, or is this just an extension of who is really inside you?

SHANE – All music is theatre, it’s show business and I draw a lot from Marilyn Manson, Alice Cooper and definitely Ghost – I am a huge admirer of Tobias Forge and what he has created. “Han är väldigt cool” (Jag Pratar Lite Svenska)!

OD – Do you feel that in this day and age, it’s almost impossible to keep anonymity with the way social media and e-commerce has evolved?

SHANE – As a musician, I don’t want anonymity, but personally I do think it’s possible, as long as you don’t post every meal your eating on social media you reap what you so in that regard.

OD – What do you consider to be the most exciting time in popular culture, with regards to music?

SHANE – Now is an exciting time as more and more independent artists are out there getting on with it, there is great freedom of expression in that.

For me personally, it was when Grunge first hit, I love the rawness and melodic nature of Grunge, looking back it was a brief flash in the pan, but what a flash it made! 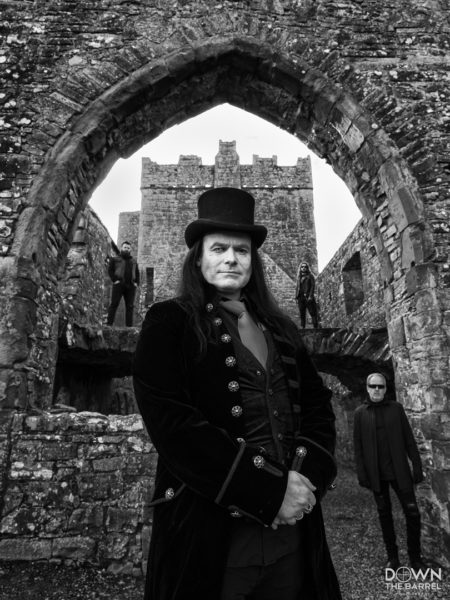 OD – It’s pretty obvious that 2020 has been somewhat of a write-off for the arts, especially live music, so what can we expect from Pale Blue Moon as we head into 2021?

OD – Please share an album that has had a profound impact on your life and also a music video that left an ever-lasting impression on you.

SHANE – When I first heard Nirvana I knew music would never be the same and it was a sound I was instantly attracted to because it sounded like me and my friends in our garage.

First time I heard Smells Like Teen Spirit I was mesmerized, I had never heard anything like it, it was so organic and honest. It’s hard to appreciate today just how fresh a sound and approach that was then. I still get shivers when I hear the intro. I miss Kurt… just imagine what could have been…?

Pale Blue Moon’s single “Supernatural” is out NOW with follow-up single/video ‘It’s Not Real‘ arriving on Tuesday, June 30th, followed by the debut album ‘The Pleasure of Finding Things Out“. Stay tuned to Overdrive for the video premiere and artwork reveal in the coming weeks. 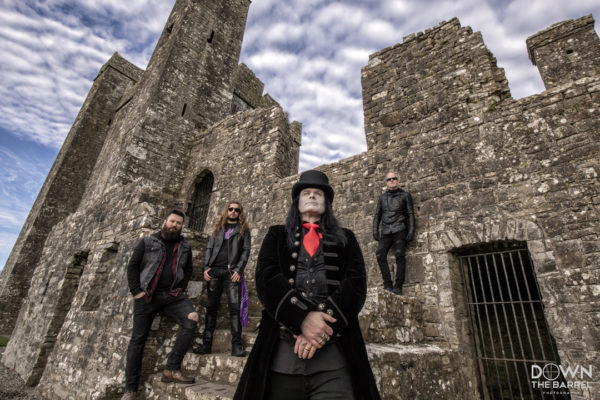