FEATURE INTERVIEW – “Whether we’re successful or not is up to the listener.” THE ARMED


Hardcore’s most elusive band, ‘The Armed,’ took some time out ahead of their scheduled Dublin performance tonight (Saturday, March 2nd) to shed some light into the mysterious noise collective. Get it all below… 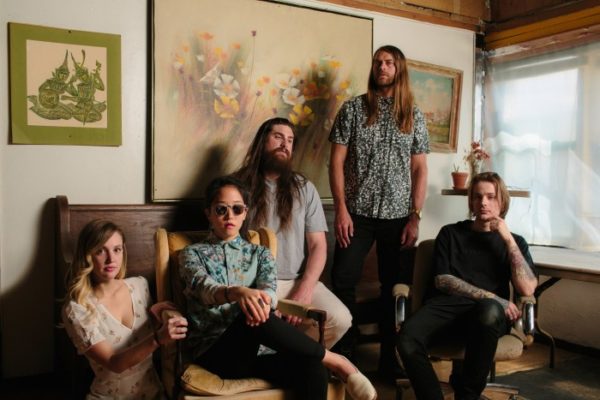 Hailing from Detroit, Michigan, The Armed have become one of Hardcore’s best-kept secrets, and still to this day, remain somewhat of a mystery.

With a rich discography and strong connections with Converge’s Kurt Ballou, (who may, or may not be behind the formation of the band), one thing is for sure. The Armed can certainly knock out one hell of a noise. And it’s glorious.

With their debut Irish performance taking place tonight in Dublin’s Workman’s Club, Overdrive delved a little deeper into the bands’ ethos to find out a little more. Step inside The Armed… 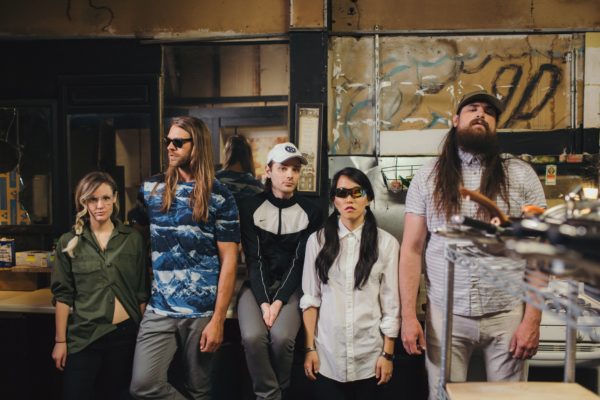 OD – There is a real sense of creative freedom with everything The Armed do. Do you find the more the band becomes a well-known entity, the more the pressure to conform to what everyone else is doing increases?

THE ARMED – Nah, not really. But maybe we’re just not well enough known yet? Thankfully, it seems like the humble audience that is paying attention to us is doing so because we’re doing something different. So, that’s what we’re gonna keep trying to do. If anything, any pressure we feel is self-imposed in trying not to repeat ourselves or tread water.

OD – You’ve been known to present fake press releases and send other people to handle interviews on your behalf, do you find the whole take on dealing with the media a little nauseating at times?

THE ARMED – A lot of that is sort of exaggerated or misunderstood. Our band is a bit non-traditional in terms of membership, so, sometimes things don’t line up the way you’d expect in terms of photos vs. videos vs. who’s playing on the record vs. live show, etc.

But very rarely have we used “actors” or whatever, or done legitimately fake press releases. That said, as individuals, we’re also pretty bad at the press thing—not that we don’t find it lovely that people wanna talk about the band. But laying into the confusion sort of helps us keep the focus on the band and not our shy, neurotic selves.

OD – Do you find that keeping the anonymity of the band members is more of a catalyst to explore more with regards to sound and direction. Almost keeping the core of The Armed as a fluid style project that may have different forms from time to time?

THE ARMED – Absolutely. The project was founded as sort of an open-membership kinda thing and at this point, it would seem very strange for us to be limited by the constraints of anything other than that. Although we may seem very egotistical as “The Armed,” there’s very little in the way of personal ego throughout the ranks, so typically if we wanna explore some new avenues and we know other personnel can help us achieve that, we do whatever necessary to make the best possible product.

OD – With Kurt’s involvement, do you find that it’s opened some doors that would rather be unobtainable as most media platforms love to emphasise the involvement of an already established artist?

THE ARMED – Yeah absolutely. It sometimes makes me wish some of the other, higher profile people working on this shit would start talking about it too.

OD – People, bands, fans, labels etc tend to rely way too much on social media to connect with people and I find that The Armed are directly toying with that very template. Which is extremely refreshing, to say the least. Do you think that the romanticism in music has disappeared somewhat because of this?

THE ARMED – It’s kinda hard to say! That’s definitely one way to think about it. The mystery of “superstardom” is kinda gone, right? Like nowadays, not only do you know what your favourite celebrity ate for breakfast this morning, but you’ve probably even seen them naked. They’re not just some weird abstract icon anymore for the most part like way back in the day.

But conversely, the internet has been around long enough that some kids who grew up with access to their favourite musicians have now seen that turn around as well. Pioneers like Trent Reznor who used to frequent every platform, post all their albums on bit torrent, go on forums, build remixing platforms—he’s all but pulled out of that sphere now. As have plenty of other “first wave” social musicians. So, you probably have a buncha people of a certain age pining for the days of those people posting Myspace bulletins or whatever and not being so unavailable and mysterious. I dunno.

I guess we’ve just tried hard to use social to connect and create a space for people who listen to us to participate…and for us to make a “personal” connection with them while still trying to communicate as “The Armed” and less as individuals. It’s like Fight Club or some shit.

OD – The title for the new album ‘Only Love’ is a powerful statement. Can you give some insight into the title? 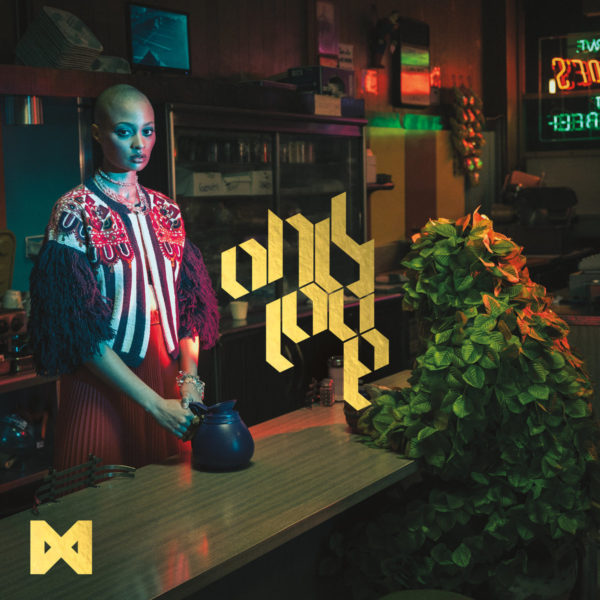 THE ARMED – In times of complete hopelessness, in the absence of any concrete solutions, it’s the only thing that you’ve got.

OD – Stylistically speaking, a lot of people don’t know how to categorise the music you create. When creating, do you approach this process with a sense of carefree genre-smashing experimentation, or is there a particular method and goal you wish to explore sonically that is a catalyst to the finished track/album?

THE ARMED – As of late, we’ve been cognizant to try and move our “genre” forward through what we do. Heavy or aggressive music, or really just any guitar-based rock music, for the most part, is in a terribly stagnant, stale way…with metal and hardcore and whatever easily being some of the worst offenders.

We’ve been trying to be really mindful of making things that we think sound, unlike other stuff that’s out there. Whether we’re successful or not is up to the listener…but I think on this last one we made some real headway.

OD – Releasing the album on your own ‘No Rest Until Ruin’ label seems to have given you the complete control that most bands can only dream of. Has the experience been one that will inspire all future releases to be handled this way?

THE ARMED – Well, it’s definitely let us prove to ourselves that we don’t really need anything from anyone else to create the art that we want to create…and even for us to do so at a level that lets us travel across the world to perform.

We’re proud of what we have achieved definitely. At the same time, having the entirety of the group up until 6 am packing records for a week surrounding major releases, fielding customer support, etc….there’s a lot of “non-creative” tasks that come with running your own label. It seems fun at first but you eventually reach a volume where it’s sort of pulling you away from creative tasks.

We’re steadfastly DIY. And that’ll never change. So many bands use this description but they really mean that they ordered their own records once or some shit. We’ve either created entirely or been integral in close collaboration with a co-conspirator to every single image, video, t-shirt design, or line of copy you’ve ever seen come from “The Armed.” We are painfully in control of the creative and that’ll never ever change. But if someone else wants to pack records for us, that might work.

OD – Going forward, will there be any other singles/videos/remixes etc coming this year?

THE ARMED – I’m pretty sure I’m not supposed to say anything yet, but there will be a tiny something in the way of music becoming publicly available later this year. And trust us, there’s a lot more being lined up for the future.

Tickets for The Armed tonight (Saturday, March 2nd) in Dublin’s Workman’s Club can be purchased on the door or alternatively online via this link.

Official event link can be accessed via this link. 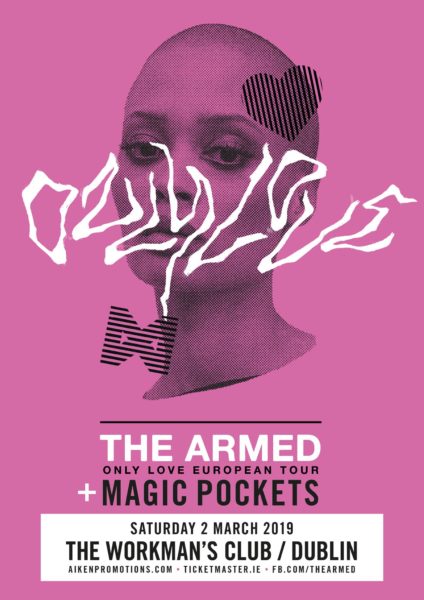