Despite the lack of promotion for tonights show, Fever 333 launched a sonic attack on the Irish Capital that would put most other live acts to shame. 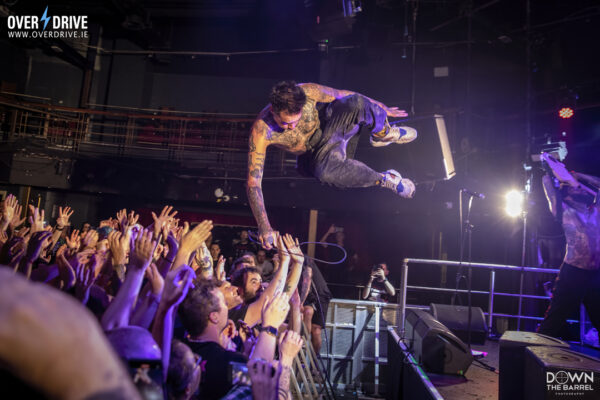 This is certainly one for the books! Fever 333 took to the stage in Dublin’s Academy to a sparsely attended venue and unloaded one of the most intense live shows of the Summer.

For the punters that ‘were in the know’, Fever 333 have been making serious waves since the release of their debut EP ‘Made an America‘ in 2018 and their critically acclaimed debut full-length, ‘Strength in Numbers‘ [2019].

Comprising of Jason Butler [ex-Letlive], Aric Improta [Night Verses], and Stephen Harrison [The Chariot], the Inglewood natives are known for their hectic live shows, and tonight is no different, albeit, slightly adjusted from their usual organised chaos due to the intimate nature of the show.

Smashing onto the stage with the momentum of a band that have retuned for an encore, Fever 333 begin to light up the venue with their trademark, high energy presence as they look each and every punter in the whites of their eyes. 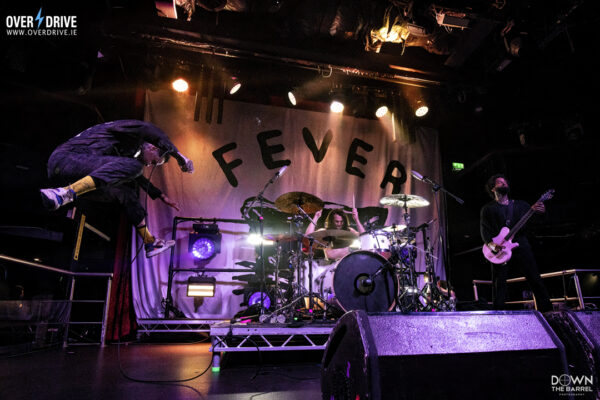 Frontman, Butler is a hurricane of movement and is equally as captivating when he engages with the crowd about the similarities between people of colour and Irish people, to which a loud and sincere roar erupts throughout the venue.

Kicking off with ‘Bite Back‘, the band punish their instruments with everything they have while punters look on in surprise due to the sudden impact of their on-stage force.

What follows is 70 mins of bombastic, passionate and heart-soaring music that sees drummer, Aric Improta preform flawless drum stool acrobats without missing a beat [literally]. ‘Made An American‘, ‘One of Us‘, the magnificent, ‘Out of Control‘ and ‘Burn It‘ are scattered amongst powerful setlist that saw the crowd do their very best to keep up in the form of walls of death and circle pits. 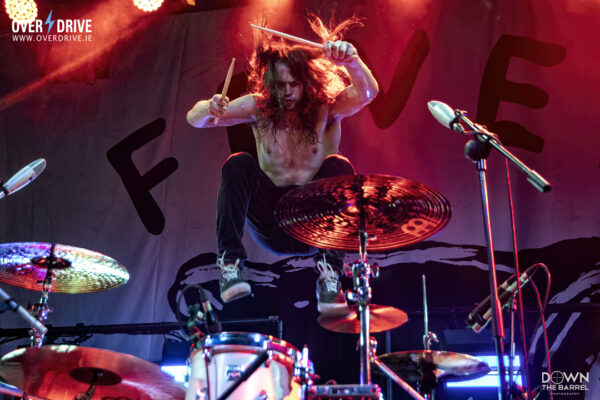 Dripping in sweat, guitarist Harrison, works the crowd at every opportunity he can get from the lip of the stage, while flinging his guitar around like a battle axe whenever possible and as we arrive at the final number of the night, Butler takes a moment to address the crowd saying; “We looked out and saw that it was looking pretty light in numbers but we can’t believe the energy in this room.” He looks back on his bandmates before they launch into ‘Hunting Season‘, he continues; “What is the date today? We gotta remember this show…this has been incredible. The next time we come back here we’ll be playing in a much bigger venue and you can say that you were HERE, with us tonight. Thank you for making us feel welcome“

Chants of, “ONE MORE TUNE” ring out and with that, Butler gives a short acapella version of, ‘Beat it‘ and bid their farewells. 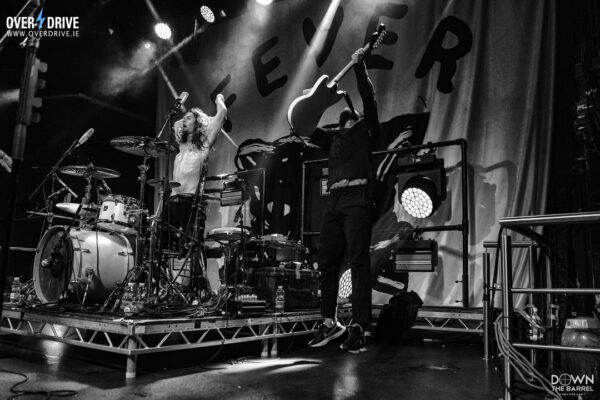 Without a doubt one of the stand-out shows of the Summer and as Butler said, you can tell your friends that you were at that show when they return to what will be much bigger Irish venues.

Photos – Down The Barrel Photography, exclusively for www.overdrive.ie © 2022. All Rights Reserved.