New Jersey six-piece FIT FOR AN AUTOPSY are gearing up for the release of their sixth studio album ‘Oh What the Future Holds’ on January 14th. 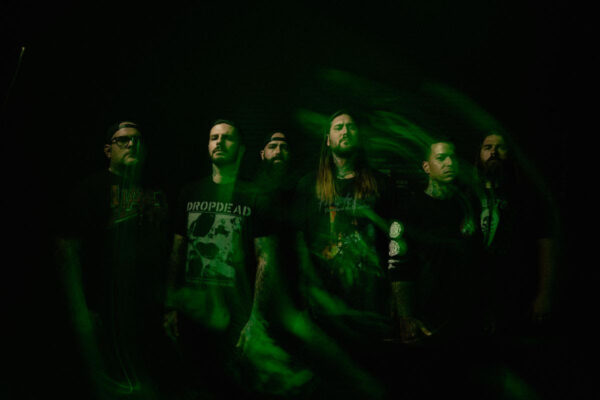 The highly anticipated new album will be unleashed by way of Nuclear Blast on January 14th and judging by the skull-dissolving single they’ve just dropped… you wont’ be disappointed.

The band – Joseph Badolato [vocals], Patrick Sheridan [guitar], Timothy Howley [guitar], Will Putney [guitar], Peter Blue Spinazola [bass], and Josean Orta Martinez [drums] offer a brief explanation on the new album: “Conceptually, ‘Two Towers’ is an abstract story which follows the journey of your past self and future self, and the forces that pull them apart,“. 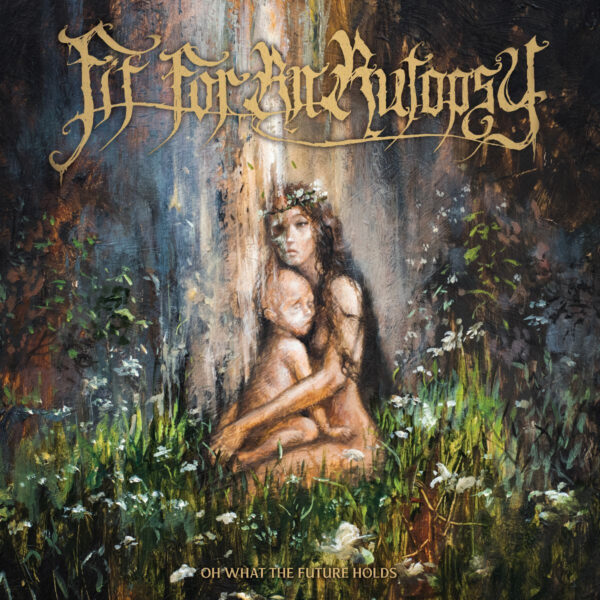 “Realising the impossible concept of them meeting, one is faced with the reality of accepting the things you cannot change. It’s a little out of the box for us, but it was challenging and fun to create a unique song for the record. Shout out to director Frankie Nasso and his team for the animated video that brought this story to life.”

Track-listing for the album is as follows:

“OH WHAT THE FUTURE HOLDS” TRACK LISTING:
‘Oh What The Future Holds’
‘Pandora’
‘Far From Heaven’
‘In Shadows’
‘Two Towers’
‘A Higher Level Of Hate’
‘Collateral Damage’
‘Savages’
‘Conditional Healing’
‘The Man That I Was Not’

FIT FOR AN AUTOPSY have announced a headline tour throughout Europe and the UK in May 2022. The band will be accompanied by four very special guests, American Deathcore icons, ENTERPRISE EARTH, Icelandic Metalcore masters, UNE MISÈRE, Hardcore Metallers GREAT AMERICAN GHOST and tech metal quintet SENTINELS.

Full list of confirmed dates can be found below. *Subject to pandemic restrictions. 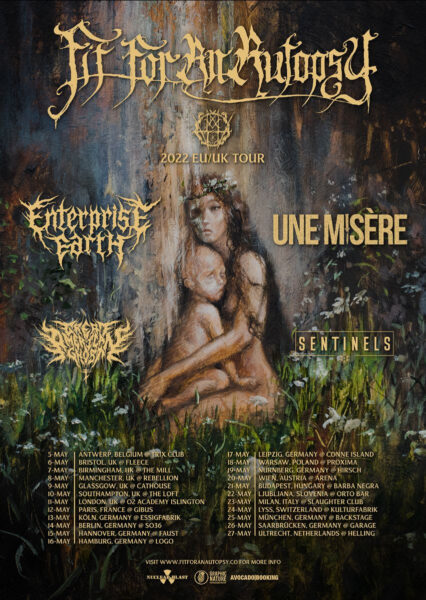