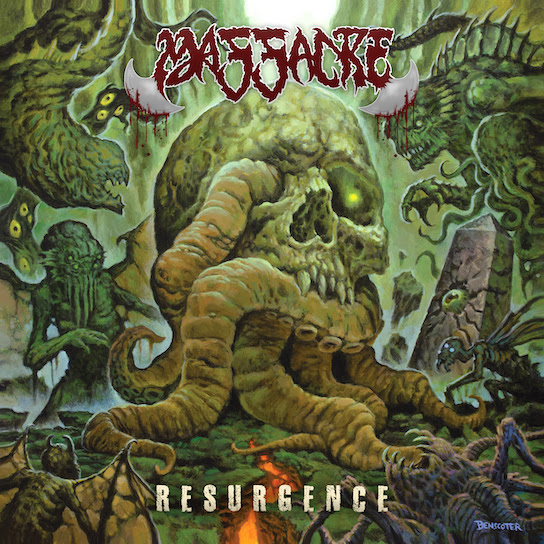 Their first record in 7 years is well worth the wait, as one can attest from the cutthroat first new single, “The Innsmouth Strain,” revealed today.

Fans can get a taste of what’s to come with the visualizer below and are invited to pre-order the album now!

“It’s all about Lovecraft, isn’t it. Honesty though, aesthetically MASSACRE needed two main things to return to be proper. A) The return to the core roots of O.S.D.M. (Old School Death Metal) style death metal that late 80’s, early 90’s sound. Musically the record has to retain that nostalgic retro style. B) To return to the lyrical aesthetics laden with influences heavily drawn from the stories and fictional mythos that is all “Lovecraftian” [SIC].

‘The Innsmouth Strain’ is heavily influenced by the H.P. Lovecraft story “The Shadow Over Innsmouth,” yet has my own twisted take on transmutation body horror aspects thrown in. I sort of lyrically give it a David Cronenberg /Junji Ito-type spin on a Lovecraft fiction.

So, lyrically it is basically it’s about the body horror of aquatic transmutation. Any deeper meaning than that is just speculative, but could simply be a metaphor for our world’s current situation with the pandemic and other threats of the spreading of viral infection. Musically it’s just proper O.S.D.M. the way it’s meant to be played and properly represented by MASSACRE.” 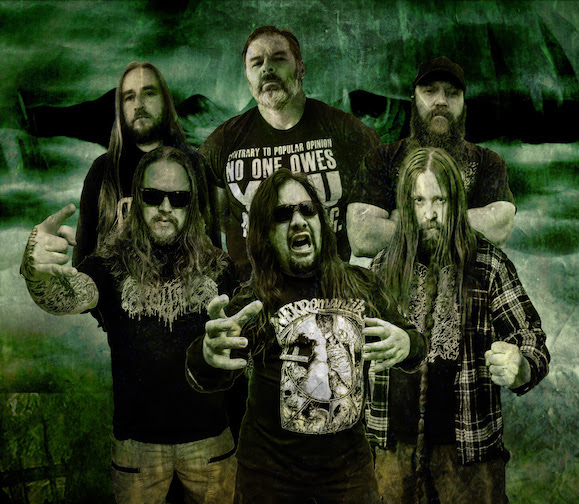