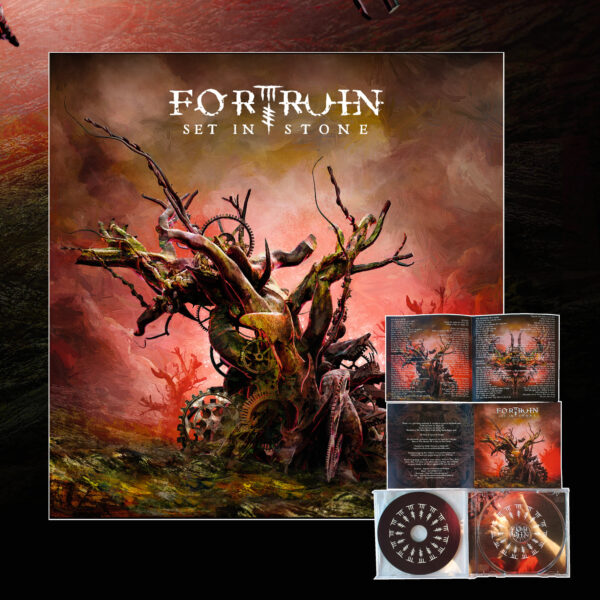 ‘Set In Stone’ features two brand new and previously unreleased tracks, unique to the Set In Stone physical CD release, along with the 8 songs that were previously released digitally as the ‘ELAPSE’ and ‘RELAPSE’ EPs during the past year.

Founder member John Murphy re-ignited the band’s spark over the past 2-3 years, writing a wide range of new material.

On completion of a home studio renovation, he began to refine and record songs intended for FOR RUIN as well the doom metal band he is active in, THE GRIEF (whose debut EP’s  & full length were both released in 2020).

The 10 songs have been mastered by Marko Tervonen (The Crown)  at Studio-MT, in Sweden.

The cover artwork was created by Ken Coleman (Morbid Angel, The Cranberries, etc). Check out the title track below:

For more information,  head over to the bands’ official Bandcamp, which you can access here.