There are some albums that simply can not be denied. Iconic recordings that have helped shape the peaks and troughs of every genre and in this case, Forbidden’s ‘Twisted into Form’ is an understated gem not only of the Trash Metal world but for Metal itself. 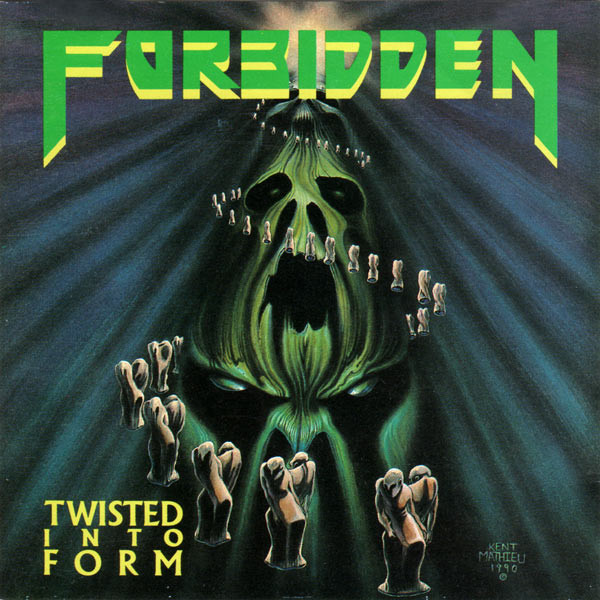 Hailing from the San Francisco Bay Area, Forbidden formed in 1985 amidst a sea of other thrash bands.

The band is often considered part of the second wave of thrash, and their debut “Forbidden Evil” is considered a classic among fans of the genre.

Forbidden were never particularly mainstream, but the band did find some moderate success during the peak of thrash metal in the late 80’s and to a lesser extent in the early 90’s.

A five piece band, Forbidden sound much like some of their bay-area counterparts such as Exodus and Testament, electing to play simple yet energy driven form of thrash.

With the legendary debut album ‘Forbidden Evil (1988)’ line-up lasted until 1989 when Glen Alvelais left the band, later to join Testament. He was replaced by Tim Calvert.

In March of 1990 Forbidden released Twisted Into Form on Combat Records. The album  displayed a more mature and technical approach and is loaded with razor-sharp, snarling riffs accompanied by the soaring high-register vocals of Russ Anderson.

The 1990 follow-up to the band’s debut saw the band make considerable changes to their songwriting abilities showing far more technical and melodic advancements, while still retaining an overall heavy sound.

The album also boasts some of the band strongest performances, with songs like “Infinite” and “Tossed Away” and “Step by Step”,  showcasing some pretty strong and borderline catchy choruses that the debut lacked.

‘Twisted into Form” has a much darker feel to it also, sounding rather ominous and eerie at times, yet still aggressively menacing like the debut.

With most of the credit to the successful rise of Thrash Metal falling at the doorstep to the likes off Metallica, Slayer, Anthrax, Megadeth and Testament, Forbidden played a seminal part in the genres evolution and will forever remain as one of the most crushing Thrash Metal bands to emerge from the Bay Area.

The guys from Death Angel (Cavestany, Osegueda, D. Pepa and Galeon) did some backup vocals on Twisted Into Form. The albums artwork was created by Kent Mathieu who designed the cover/layout for ‘Forbidden Evil‘.

In 1992 the band also released the Point of No Return compilation. 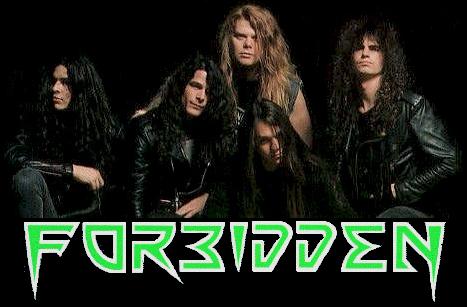