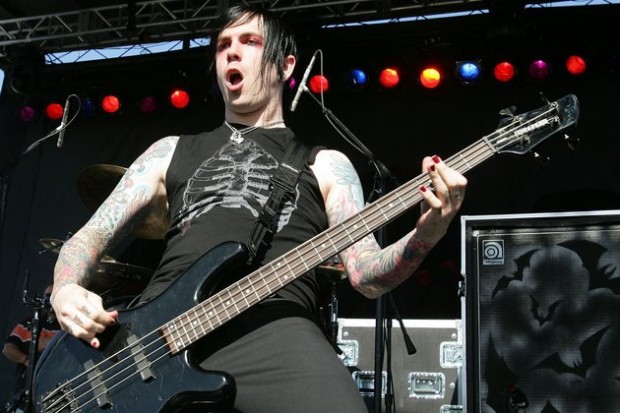 Mick Morris, the onetime bassist of early ’00s metalcore giants Eighteen Visions who had also done time in fellow Orange County band Bleeding Through, has died. Morris was just 35 when he passed away in his sleep on Sunday, June 2. Reports indicate that Morris’ cause of death was a pre-existing heart condition.

After 18V imploded, he worked as a guitar tech for Hatebreed during Ozzfest 2007 and took a job at Century Media Records, as well.

Morris, who was known as “MickDeth” and identified as straightedge for a long period of time in his life, had recently moved back to his Salt Lake City hometown. He was said to be contemplating a possible return to Southern California. Morris leaves behind a young son, Jude, who was named after the famed Beatles’ song ‘Hey Jude.’ The bassist himself had been named after the Rolling Stones’ Mick Jagger.

Overdrive sends our thoughts and prayers out to Morris’ family, friends, fans and Jude.