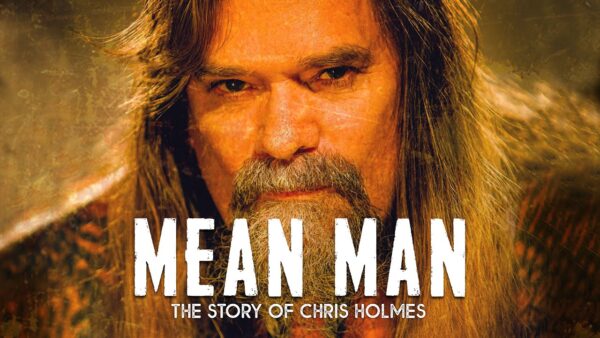 “Mean Man: The Story Of Chris Holmes” was a project that was born in 2014 after they had an opportunity to meet and direct Holmes in a music video for the Holmes-penned song “Let It Roar” in Cannes, France.

At that time, the former W.A.S.P. guitarist had more or less disappeared from the music scene, leaving his home in the U.S. to seek a new beginning with his wife Sarah in France. 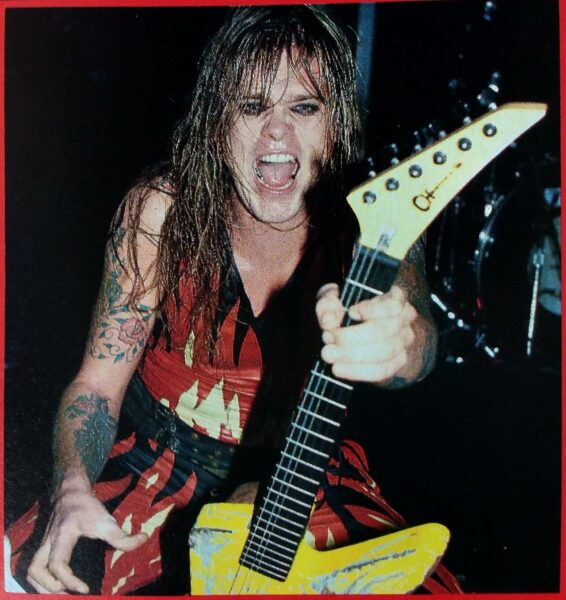 Not content with merely directing a music video for the reborn Holmes, De Montremy pursued his bigger dream of writing and directing a documentary film about this iconic metal guitar legend, and for the next several years shadowed him throughout Europe while filming everything from band rehearsals, to recording sessions to live performances.

Check out the trailer for the movie below:

By creatively combining archival footage, interviews with past and present band members and musical peers, family members and childhood friends — interspersed with beautifully filmed concert performances of Holmes’s current solo band — De Montremy skillfully portrays the story of an iconic guitar player who has lived a life of extreme highs and lows.

After losing the publishing rights of his own songs and combatting dangerous addictions, the legendary W.A.S.P. guitarist is shown starting over from scratch while living at his mother-in-law’s in Cannes, France as he puts together, with his wife, a brand new band and a brand new musical role as not only the main guitarist but now as the actual lead singer of this newly born musical project aptly named ‘MEAN MAN’.

Says De Montremy: “Over the last five years, I’ve had the privilege to establish a true relationship with Chris Holmes and to follow him throughout Europe. I was impressed by his charisma, his approach towards life, his multiple experiences and taste for simplicity which have actually altered my own vision of existence. In fact, he has almost become a spiritual father to me, in the way that he inspired me in many of my own decisions.”

Cleopatra Entertainment’s plans for release include a stand-alone DVD Home Entertainment version and a Blu-ray version chock full of bonus goodies not available on the Digital VOD version which will follow the DVD and Blu-ray Release this November, just in time for the holidays.

A U.S. West Coast theatrical premiere is being discussed as well, pending the revision and/or relaxation of the current local state government’s restrictions on movie theatres operating during the COVID-19 pandemic. 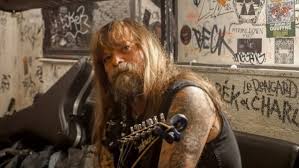