Bloodstock Ireland Metal 2 The Masses victors, TEN TON SLUG will be joining forces with the sensational MOTHER MOOCH for a series of exclusive shows around the country with a two night stand in Dublin city’s iconic Whelan’s venue on September 23rd and 24th of September. Get all the details below…. 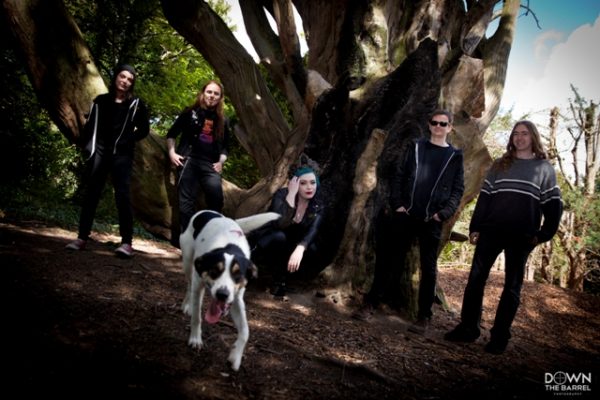 Two of Ireland’s hardest working underground bands, Dublin Fuzz Rockers Mother Mooch and Galway based Sludge/Groove Metallers Ten Ton Slug, are teaming up for a series of gigs this September leading up to appearances by both at The Mother Fuzzer’s Ball Stage; at this year’s CANALAPHONIC Festival.

First up is Fred Zepplin’s in Cork on Saturday 10th September, where Dublin Stoner/Doom promoters The Mother Fuzzers Ball have teamed up with Cork based Irish Metal Archives to bring an evening of heavy riffs and fuzzed out grooves to town. Cork’s Partholón, featuring former members of local legends Five Will Die, will kick things off on the night. Click here for event details. 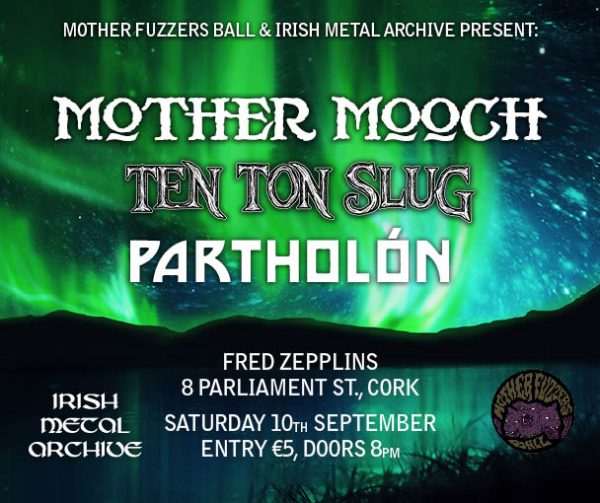 The following weekend sees Hexen Haus’ Fuzzed Out Sessions return to the Cellar Bar, Galway on Friday 16th, (Click here for event details) where Mother Mooch and Ten Ton Slug will be joined by Between The Lines and Tension Head leading up to appearances by both at The Mother Fuzzers Ball takeover of Whelan’s Upstairs Venue at Dublin’s coolest independent music and culture festival, CANALAPHONIC on Friday 23rd and Saturday 24th September. Click here for more details. 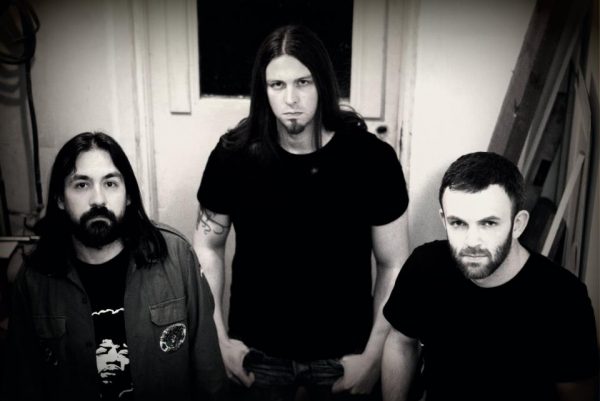 “Dublin heavy-psych warriors Mother Mooch have been kicking up dust for a few years now, perfecting a desert blues that oozes ominously from the speakers. From the soulful vocals of singer Chloë, to the classic hard rock riffing, shoegaze-y soundscapes and thundering drumming – Mother Mooch create a massive racket that’s all their own.”
-Hot Press Magazine

Mother Mooch are a Fuzz Rock/Heavy Psych band from Dublin. They have twice supported former Kyuss/QOTSA bassist Nick Oliveri, appeared at Electric Picnic, KnockanStockan and Canalaphonic and shared stages with the cream of the Irish Stoner/Doom/Psych underground. 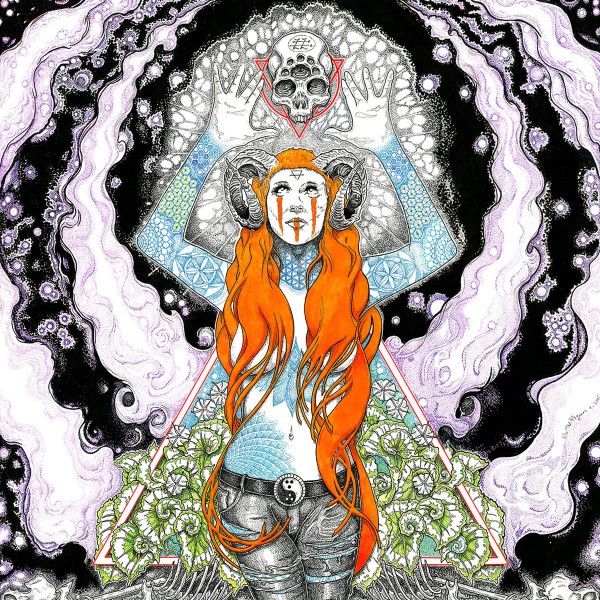 Their fully self produced debut album Nocturnes was released in November 2015 and has received glowing reviews at home in Ireland and throughout the international heavy underground. Their “Hive Mind” official video, filmed on location in Donadea Forest, Kildare has been nominated for the Dublin Underground Cinema Best Music Video Award 2016.

A vinyl release of Nocturnes will be issued through German Stoner/Psych label Krauted Mind Records this September, with European dates to follow.

“ The New Blood tent is now packed to capacity (drawing the biggest crowd over the whole weekend), and as Ten Ton Slug rumble though a set-list that is heavier than the titanic dipped in concrete, the crowd lap up every doom /stoner drenched morsel; with unbridled enthusiasm and genuine appreciation.

The lads fire everything into their performance which thunders across the interior of the tent and out across the main arena. There’s a bright future here…  The Slug will conquer all!”

Ten Ton Slug are a Sludge/Groove Metal band from Galway.

Formed in 2014 and featuring members of Galway’s Doom legends Weed Priest, they released a well received two-track live demo Live at the Oaks in September 2015, and have gigged extensively around Ireland since, most notably winning the “Bloodstock Metal 2 The Masses Ireland” competition in May 2016 and subsequently played to a packed New Blood Stage at Bloodstock Open Air Festival 2016, one of the UK’s biggest metal festivals.

Their debut EP Brutal Gluttonous Beast will be released in September 2016.

For the last five years, Mother Fuzzers Ball – a group of Dublin musicians who come together to promote Stoner Rock, Heavy Psych, Doom, Fuzz, Sludge, Desert Rock, Heavy Blues and related genres – has showcased international bands such as Spirit Caravan, Karma to Burn and Conan and seen the rise of Irish bands Slomatics, Electric Taurus, Weed Priest, zhOra, Two Tales of Woe, Venus Sleeps, Wild Rocket and Mother Mooch among many, many others – often giving these bands their first opportunities to play live. In 2015 the MFB launched their monthly Heavy Feathers podcast and published the first issue of their high quality Wall of Sleep fanzine.

CANALAPHONIC is an ongoing collaboration between Dublin City Council’s South East Area Office and Abner Browns Barbershop, supported by Fáilte Ireland. A community based festival using a mix of bars, coffee shops and local businesses in Rathmines and Portobello, to showcase independent music and arts. Over 100 acts across all genres will perform on 25 stages including the 5,000 capacity Making Waves Stage in the grounds of Leinster Cricket Club.