French metallers Insolvency have released their latest video, Death Wish. Taken from their upcoming album, “Antagonism Of The Soul”, which is set to be released on January 26th, 2018 via Send The Wood, the video received its debut on Music Muso. Watch below; 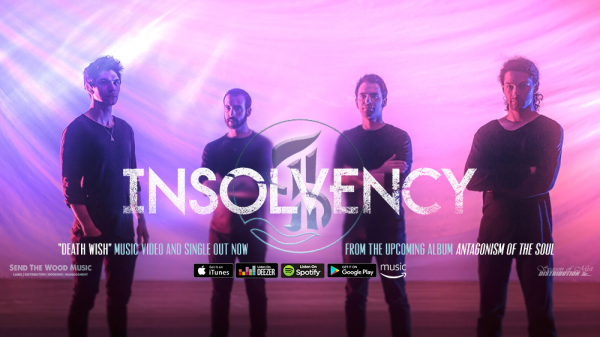 Vocalist/Guitarist Valentin Gondouin had this to say on the video:

“This song deals with the hardest time we come across during our lives: despair, loss of faith, being helpless. We made that music video with this kid surrounded by his toxic dad, thinking about suicide but he can’t do it and he’s still a prisoner of his dad’s control. The music itself mixes melancholic and smooth melodies with aggressive riffs and instrumentals.”
You can see the video on the streaming link below:

Formed in 2012, French metallers Insolvency have spent the last five years furiously building a name and reputation for themselves across their homeland with their energetic metallic assault.

The band have appeared at various festivals across France and Luxembourg. Smashing stages with the likes of Napoleon, No Return, Smash it Combo, Melted Space, Atlantis chronicles, FRCTRD. In 2015, guitarist Bruno Blackstard was selected to play alongside Children of Bodom maestro Alexi Laiho in Helsinki during the 100guitarsfromhel Festival.
The band hit the studio in 2016 to record their debut album “Antagonism Of The Soul” in the UK with Jim Pinder and Carl Bown (Bullet For My Valentine, While She Sleeps, Machine Head).

The result is a whirlwind of Blackstard & Valentin Gondouin’s elastic guitar work, soaring melodies and drummer Mickaël Tamario’s frantic assault; all pinned together by the double vocal barrage of Gondouin & bassist Pierre Challouet.Having signed with French label Send The Wood, with their album being distributed through Seasons of Mist, with a stunning debut album in tow and a steadily growing tour schedule; Insolvency are gearing up for a busy eighteen months.

Young, passionate and full of potential; Insolvency set to follow in the footsteps of countrymen Gojira in showing the world what the French metal scene has to offer. 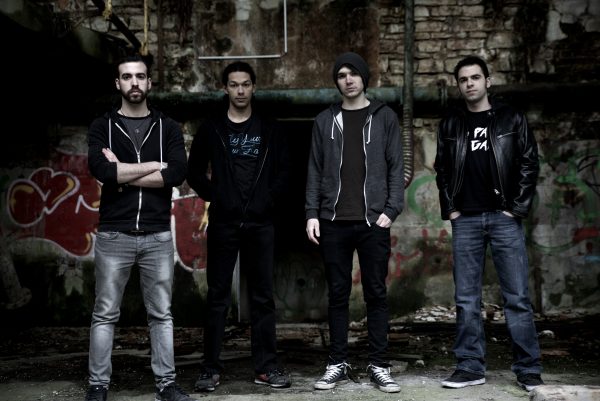