WHO THE FUCK ARE BODY HOUND AND WHY YOU NEED TO KNOW.


Every now and again a band comes along and literally blows the ears clean off your head. In this case, Overdrive would like to introduce you to BODY HOUND. A fierce and wonderfully orchestrated explosion of napalm riffs and wipe-out sonic swagger, that lay waiting for your craving eardrums. Prepare yourself for an onslaught of exciting new audio goodness with the band’s debut show in Dublin’s ON THE ROX tomorrow night (Thursday, Feb 9th). 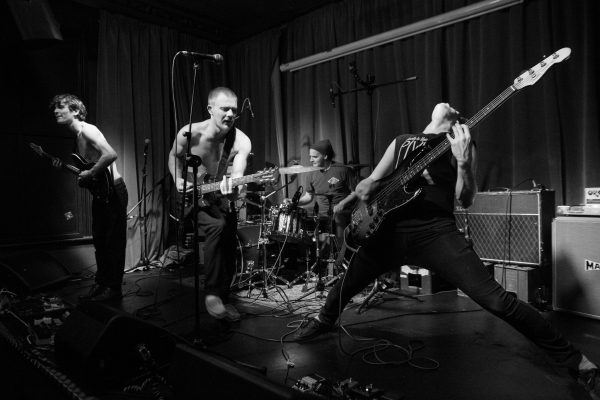 Ex Rolo Tomassi / Antares peeps have formed a new band, Body Hound, and to show the love (the Body Hounds of love perhaps…ahem) they’re offering downloads of their brand spanking new EP, Rhombus Now, on a Pay What You Like basis! 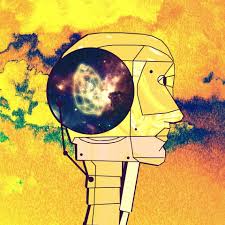 I’ve heard it and it’s riffier than a riffy thing…with added riffs…and you know what they say…never look a riff-t horse in the mouth. There are 6 whole tracks of prognostic head banging insanity that threatens to remove your noggin from your shoulders faster than a well-oiled guillotine. Obviously not having a head interferes with life a little but sod it, you can’t make an omelette without breaking a few eggs eh?

Check out some live footage of the band below:

Body Hound will be taking to the stage in On The Rox tomorrow night (Thursday, Feb 9th) with VASA, MEGACONE and SNOWBLIND. Click here for the official event page link. Check out Venture Presents for more information. 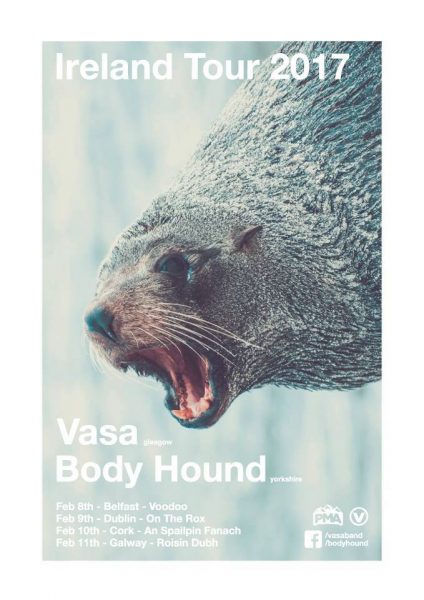 Already picking up comparisons to the mighty And So I Watch You From Afar, Adebisi Shank, Maybeshewill and Explosions In The Sky, VASA’s explosive and frantically inventive music goes one step further and turns sub-genre conventions and clichés on their head with a healthy injection of Celtic-influenced roots and a frenetic, dance- infectious energy that’s hard to refuse.

Since forming in October 2011, the quartet have seen a rush of support from the likes of The Independent, Clash Magazine, PROG Magazine, The Skinny, Goldflakepaint, The National Scot and huge swathes of the post-rock community, completed several UK tours as well as completing their maiden Europe tour and have played several support dates with heavyweights such as Russian Circles, This Will Destroy You, Deafheaven, Maybeshewill, This Town Needs Guns, Pelican, Brontide and Black Peaks plus appearances at ArcTanGent Festival, T in The Park, A Colossal Weekend, A Carefully Planned, Wickerman Festival, Doune the Rabbit Hole and StrangeForms Festival. 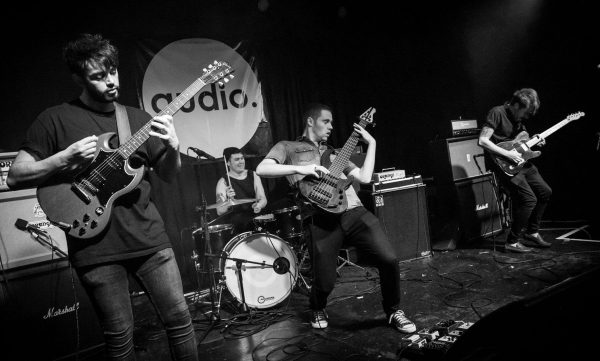