Fuzz rock trio Under have released the brand-new video for the track “Traitors Gate”! Watch it right here… 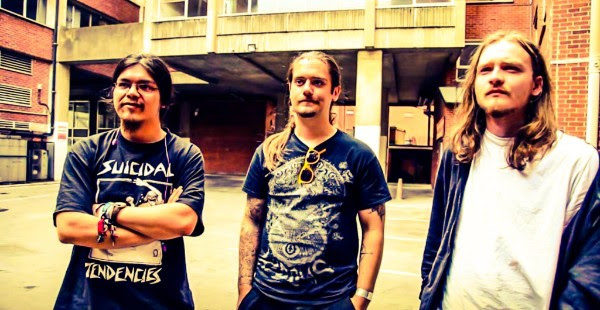 The clip, shows the band performing while stripped half nude while chained and gagged. Shot in a grainy, weathered VHS style it fits perfectly with the trio’s lo-fi, bass-heavy sound.

Check  out the video below;

When asked about the theme behind the video, the band stated:
“Lyrically “Traitors Gate” is a rant about cutting someone off for being a piece of shit. We wanted to create a video that was suitably demented, unsettling and reflected our DIY ethos. We’ll leave it to your imagination why we had chains and masks so readily to hand”.

Their new album, Stop Being Naïve, is set for release via APF Records on October 30th.

Under are a trio from Stockport, Greater Manchester. Formed in 2016. Though rooted in the blueprints of Sludge and Doom Metal, their sound is harder to pin down with elements of Prog, Noise and Avant-Garde creeping in.

Under play with jagged, slow, off-kilter riffs that tease the listener into a false sense of security with dark and abstract lyricism evoking a trippy and sinister unease. The trio cites the likes of Swans, Mr Bungle, The Melvins and Radiohead as prime influences.

After the success of their debut EP ‘First Attempt‘ in 2015, Under built up a solid reputation playing frequent live shows in and out of Manchester. In 2016 they embarked on a successful UK mini-tour with Kurokuma.

In 2017 Under signed to APF Records and released ‘Slick‘, their highly anticipated debut full-length album, completely self-produced and recorded by the band themselves. The trio successfully built on everything they had been working towards, carefully fine-tuning every detail on the record. ‘Slick’ was an eclectic listen – chock full of crushing riffs, odd time signatures, and a mixture of aggressive screaming vocals and more relaxed tripped out clean sections. All three band members provided vocals, often harmonizing together to create epic melodic textures.

In support of the “Slick” Under played live shows throughout 2017 and early 2018: both as a headliner and as support to Whores, King Parrott, Church of the Cosmic Skull, Slabdragger, Elephant Tree, The Hyena Kill, Hundred Year Old Man, Gurt, Part Chimp, Primitive Man and Slomatics. They also played the Dreadfest, Cvltfest and Gizzardfest Festivals and the APF Records Showcase in Manchester. 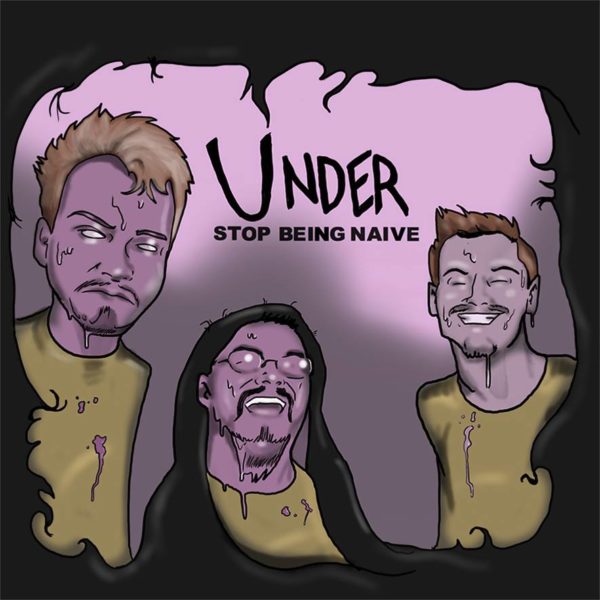