Hexen Haus Promotions presents the third coming of Galway Dark Arts Festival. Which emerges with another ferocious lineup of Black and Death metal, Experimental, Dark Ambient and Noise to cater for those with a hunger for the darker arts, a scornful paradox in the Galway festive season. 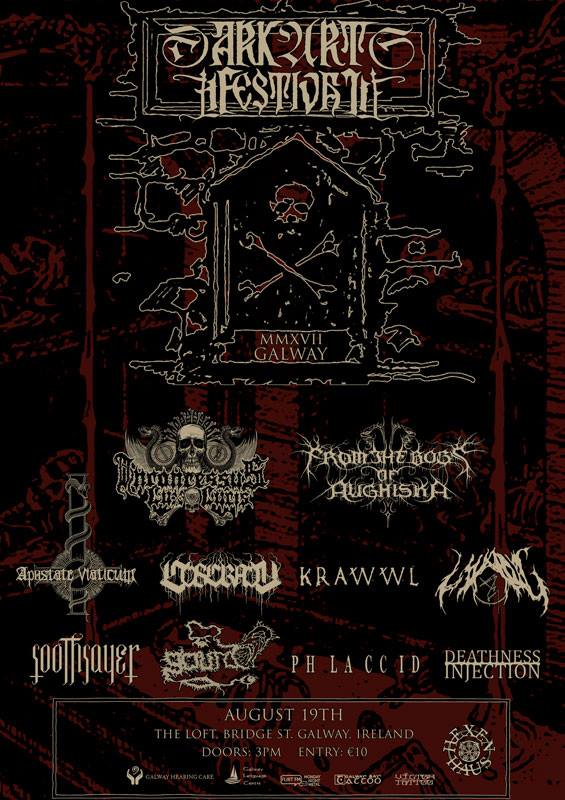 This year Hexen Haus bring forth bands and decrepit dark artists from all over the Isle and across the channel.

As well as the aim of further developing the metal scene in Galway by continuing this event annually, this year’s event attempts to build on the success and madness of last year’s edition which was noted as a very significant day in 2016’s Irish metal calendar because of the strength of the lineup and sheer enthusiasm and insanity of the fans from all over Ireland and some from further afield.

This year the event focuses yet again on bringing the strongest lineup possible to the City of the Tribes inviting some of the best on the island as well as the bizarre Inconsessus Lux Lucius from England.

‘Saturnian Black Magic’ is how Inconcessus Lux Lucius describe themselves. A Black metal band from Manchester, are headlining, with their infectious, ritualistic riffs, it’s Black Metal, with the energy of 80’s Heavy Metal and the grooves of 70s Hard Rock. Crux Luous Corona released in 2014 by Invictus Productions is a fine example of this work and on their darker earlier full-length Disintegration. A band with a huge wealth of experience under their belt, their live shows are very powerful and a spectacle to witness. 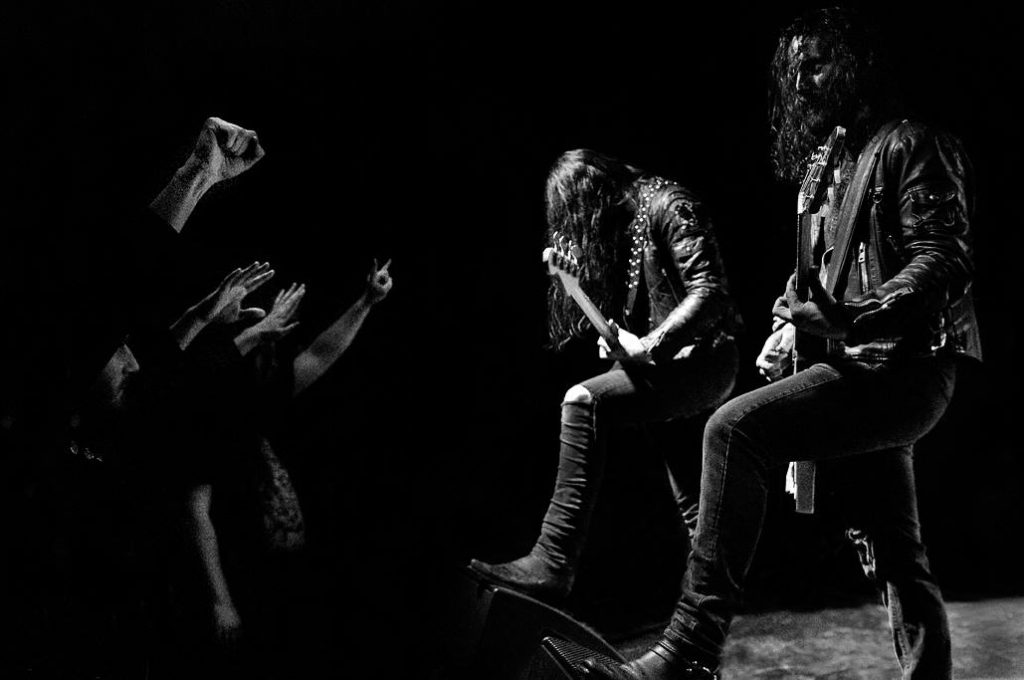 From the Bogs of Augishka are a Dark Ambient / Noise outfit from Co.Clare, recently adding a guitar and vocals to the fold, their sound has evolved into a darker shade of black as of late. They have a sonic connection to this land more than any other ‘band’ on the island, finely displayed on songs such as ‘The Great Sea Stack at the Cliffs of Moher’ and the storytelling of ‘Aos Si’. The group have also gained a strong international following early in their existence after touring with Black Metal legends Ulver.

Apostate Viaticum (pictured below) hailing from Dublin with a killer live show, are no strangers to the Death Metal scene. They include veterans from one of Ireland’s better known Death Metal, Morphosis, with a career spanning from the 80s to the 00s. But Apostate Viaticum carves out their own sound, a raspy sounding vocal Sodom-esque delivery, formula’s era Morbid Angel riffing on their debut release Before the Gates of Gomorrah. 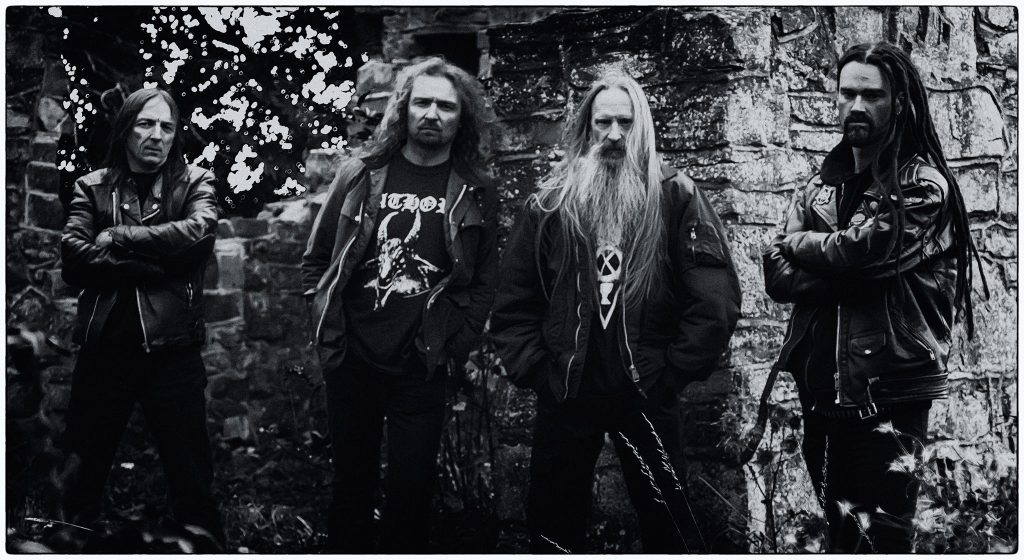 Label mates on Invictus Productions, Dublin based Black/Death Metal band, Coscradh with members from Dublin, Galway, Mayo and Belfast, have had to scour the island in search of musicians willing to play such vile savagery based on violent histories of the island, will return to Galway with a new lineup. Their live show contains tracks from the yet to be released ‘Of Death and Delerium’ EP. 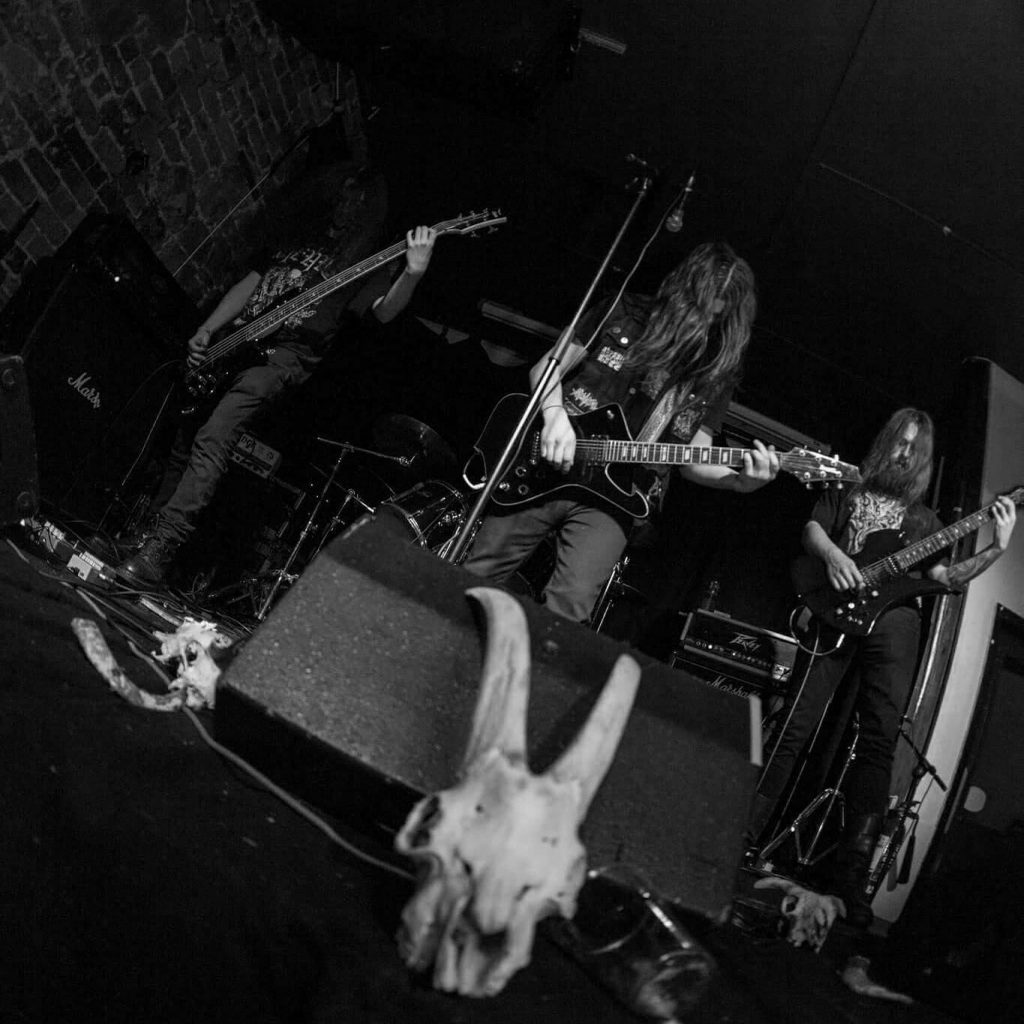 Two piece Black Metal band Krawwl, members from Malthusian and Altar of Plagues, play atmospheric black metal releasing their well received last EP in 2015 and this will be their first show in a couple of years. 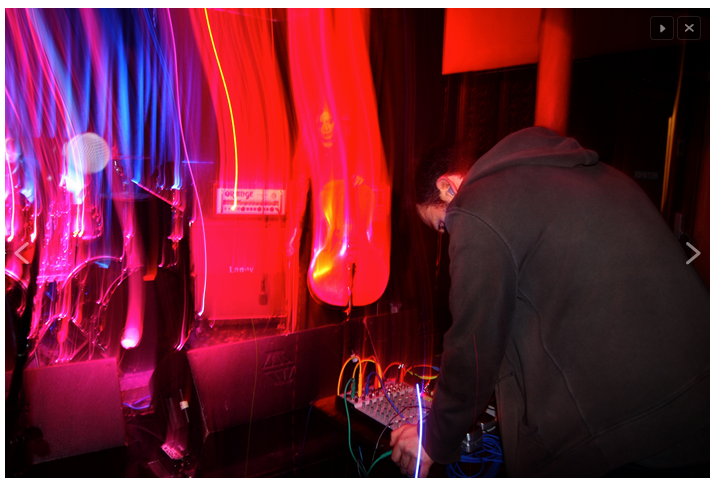 Since their enthralling show in Sally Longs last year Unyielding Love have been working hard to promote their new, excellent album, ‘The Sweat of Augury’ by touring far and wide around Europe and have gotten signed to Sentient Ruin for their efforts. Their crazed and intense live shows feature a vast array of hardware, such as chains, power saws, countless effects pedals, sweat and blood. 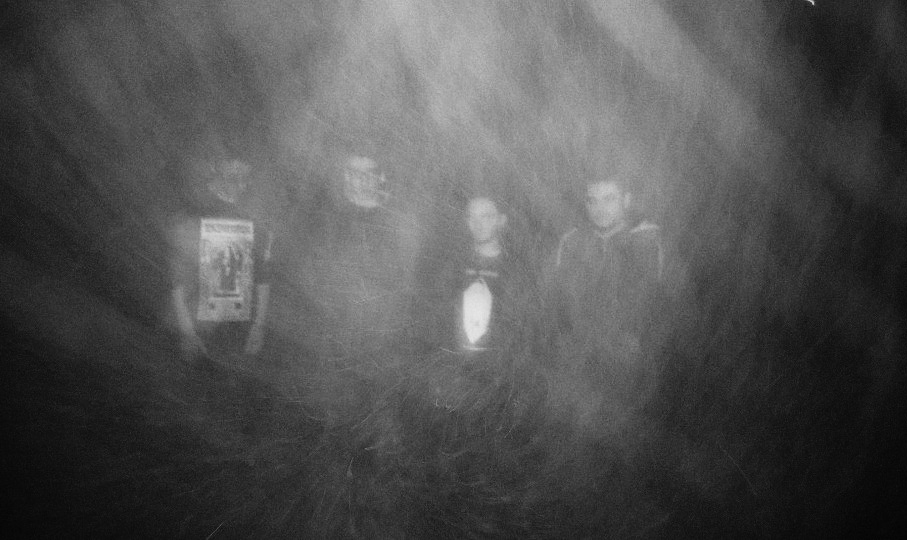 GOURD (pictureed below) a recent noise/doom project with members from On Pain Of Death and Wreck of the Hesperus are releasing a new split with Luxury Mollusc soon to be released by Cursed Monk Records. Live they sport a horror show of morbid visuals, hypnotic noise, vile shrieks and low end growling blackened doom. 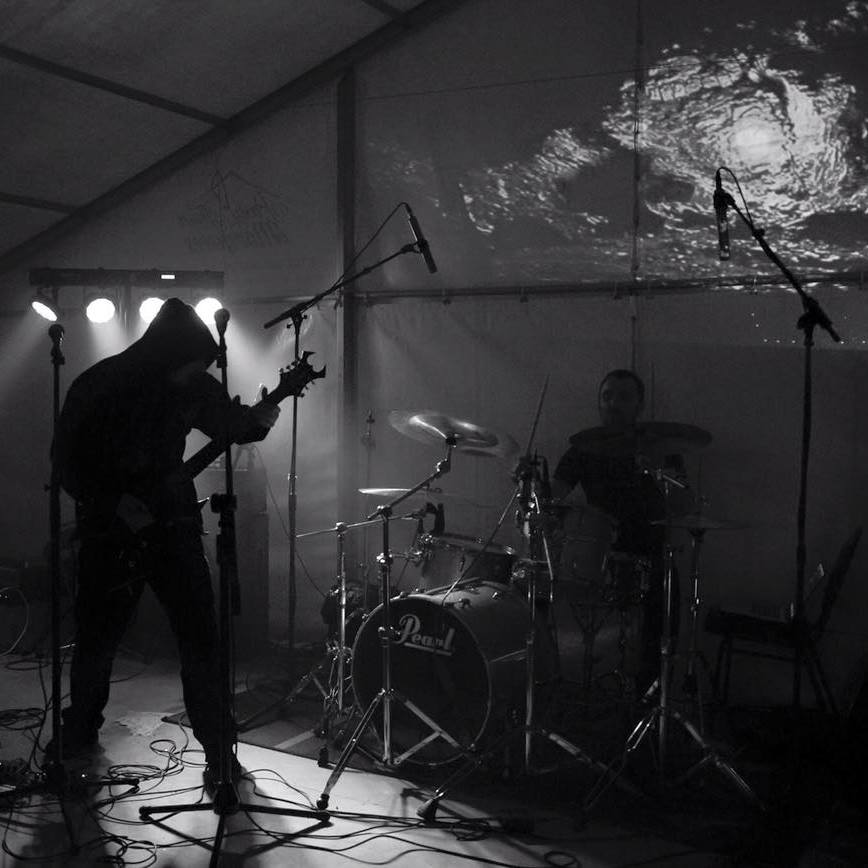 Soothsayer released two highly rated black metal EPs, Self-Titled and ‘At this Great Depth’, in the last couple of years which got them signed to Translucent Obscurity Records. Their live show has recently been honed to perfection with a powerful live show in April at Walpurgis Night. 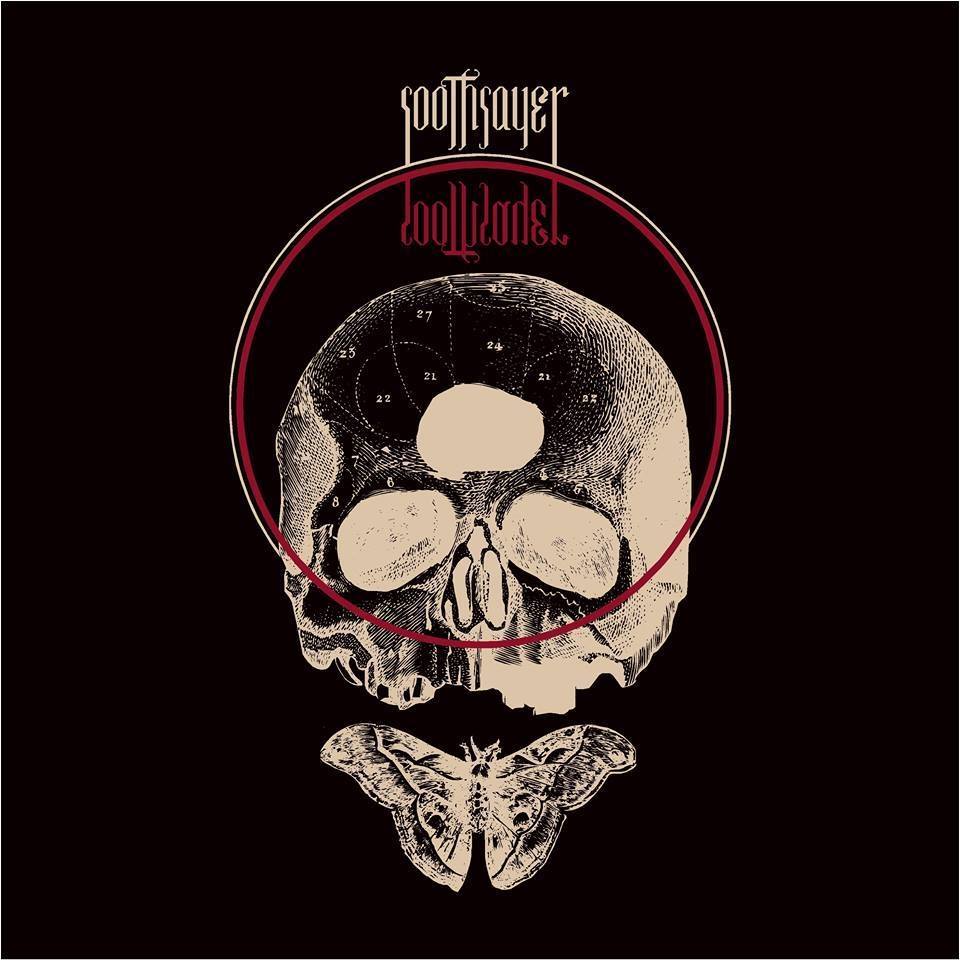 Phlaccid are a new three piece abstracted doom band from Dublin. Featuring members of some of the most punishing bands of the Irish underground such as Wreck of the Herperus, Siorai Geimhreadh, Drainland & Luxury Mollusc, the three came together to trawl the depths of the human experience with no regard for musicality or audience well-being. 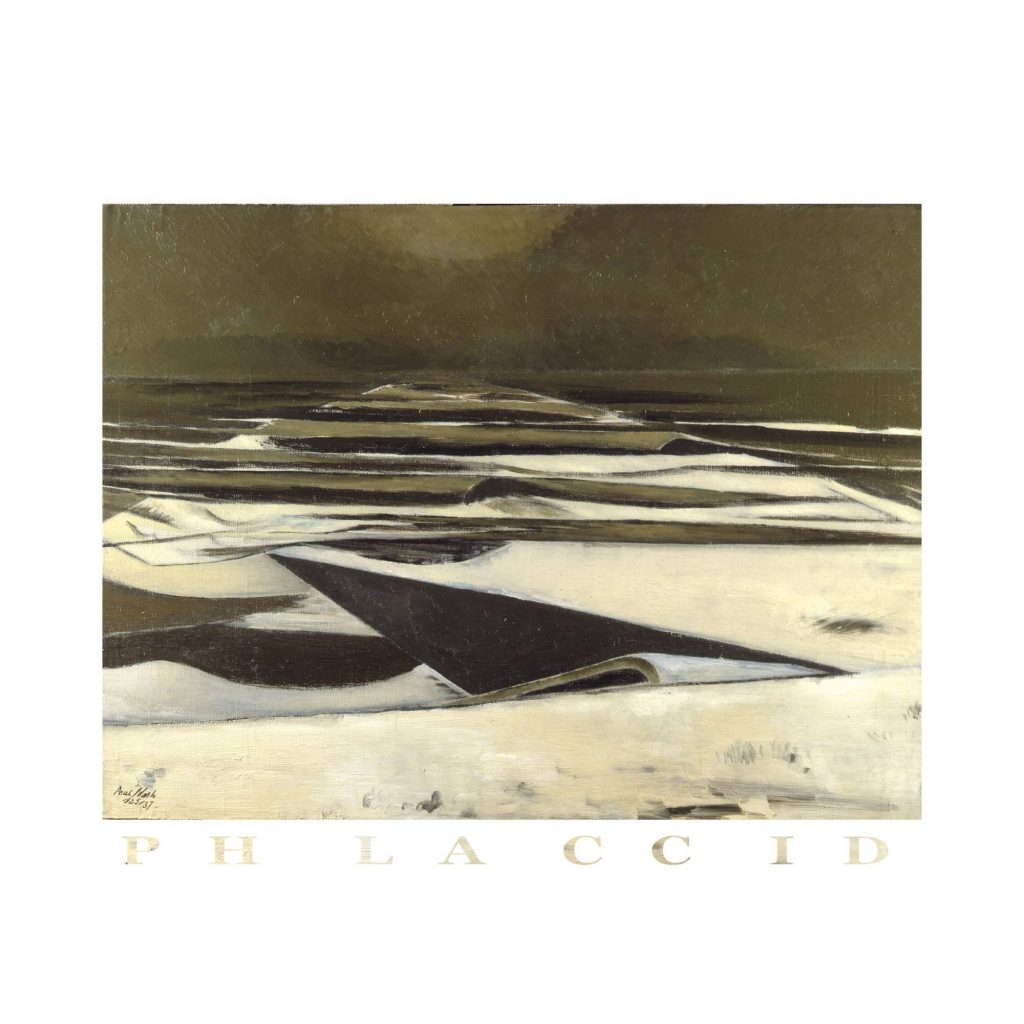 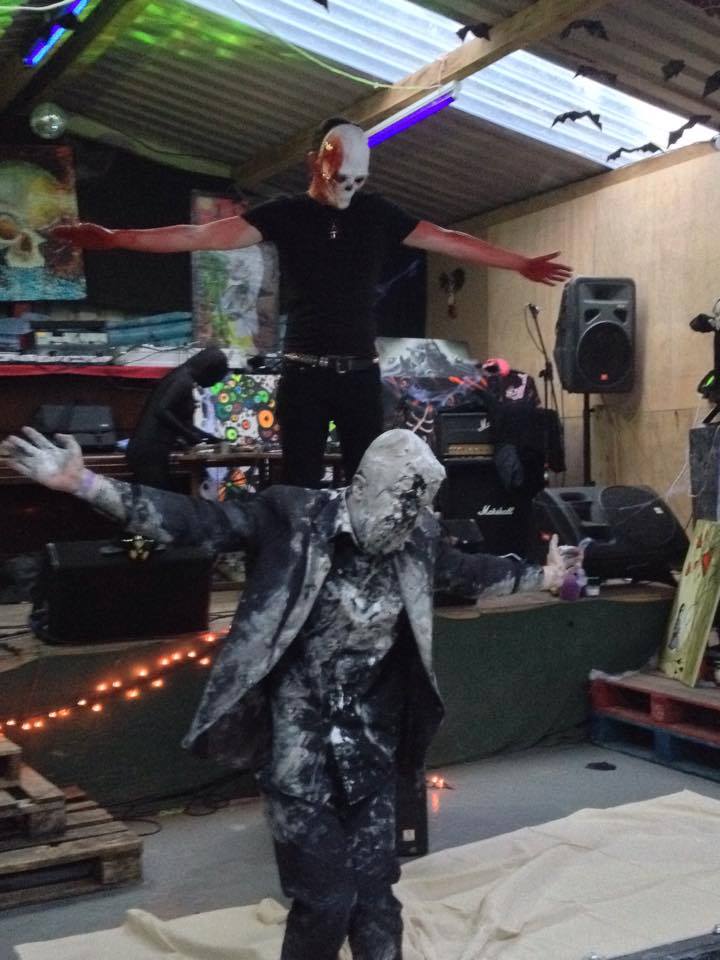 The noise contingent is completed by Deathness Injection adding their weirdness to the fold with their horrifying noise and blackened screeching vocals, to fittingly act as the callers-in, for the next black stain on Galway’s artistic calendar, Galway Dark Arts Festival 2017.

Stalls of merch from bands will be available on the day as well as Under My Skin and In The Horrors artists also selling their dark wares.