Following the release of his brand-new album Savage, Gary Numan will perform at The Olympia Theatre, March 29th, 2018. Tickets €39.05 on sale now. Be in with a chance to win one pair of passes to the show via the details below: 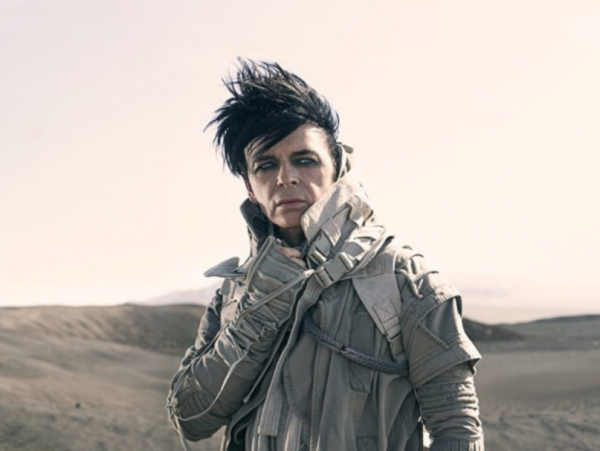 Gary Numan will perform his hit record Savage live along with classics at The Olympia Theatre, March 29th. Tickets are available from Ticketmaster now.

‘Savage’ is set in a post-global warming, apocalyptic, Earth in the not-too-distant future. There is no technology left and most of the planet has turned to a desolate, desert wasteland. Food is scarce, water even more so and human kindness and decency is just a dim and distant memory.

Western and Eastern cultures have merged, more because of the need to simply survive than any feelings of greater tolerance or understanding. It’s a harsh, savage environment, as are the survivors who still roam across it.

While he was writing the record, Donald Trump was elected President of the United States. It made sense to make him and his climate decisions the catalyst for the apocalypse theme of the album. “The songs are about the things that people do in such a harsh and terrifying environment. It’s about a desperate need to survive and they do awful things in order to do so, and some are haunted by what they’ve done. That desire to be forgiven, along with some discovered remnants of an old religious book, ultimately encourages religion to resurface, and it really goes downhill from there.”

For your chance to win passes to Gary Numan in Dublin’s Olympia Theatre on March 29th, please follow the below instructions; 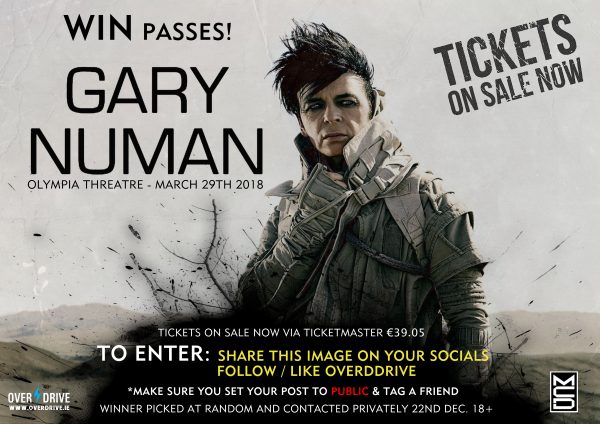