Today, legendary German thrashers, DESTRUCTION, have announced their upcoming 15th studio album, ‘Born To Perish’.  The album will be released on August 9th, 2019 via Nuclear Blast. 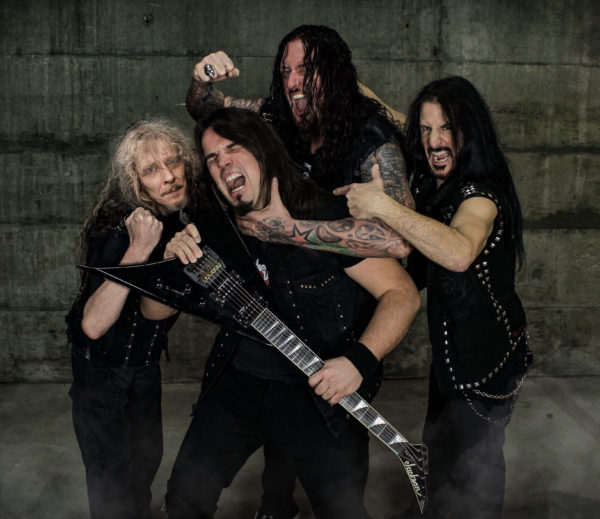 ‘Born To Perish’ was recorded in January & February 2019 with VO Pulver at Little Creek Studios in Switzerland and is the first DESTRUCTION album featuring Randy Black on the drums and new 2nd guitar shredder Damir  Eskic!

Check out this short teaser and listen to the very first snippets of the upcoming album below;

Randy comments:
“I’ve recorded quite a few thrash records over the years but never have I laid down drum tracks this intense, brutal and dynamic. It will be a nice challenge indeed to play those new songs live! I am very happy I could also contribute to the songwriting of the record, as Mike and Schmier were really open for ideas!

This album is packed with amazing songs, rippin` riffs, blistering vocals and great lead solos shared by Mike and Damir. To be honest, at first I was not thrilled about adding another guitar player cause I loved the trio but Damir has been such a great addition, both as a player and as a person –  he really is a perfect fit for Destruction!”

Mastermind Schmier adds:
‘This is indeed a very important album for us. There is a certain positive strength in the new line up and it feels really great.  Whoever has seen us live lately maybe will understand what I mean and for sure that has an important influence on this record.

BORN TO PERISH is more in your face, it is fast and furious, has more crazy guitars and a has a very groovy & punchy backbone with Mr. Randy Black! But for sure it features some of the best raging DESTRUCTION songs we’ve written in quite a while.
I gotta quote what some die-hard fans lately printed on a shirt:
DESTRUCTION 2019 – stronger than ever!”
“Nothing to add – fuck yeah!“ 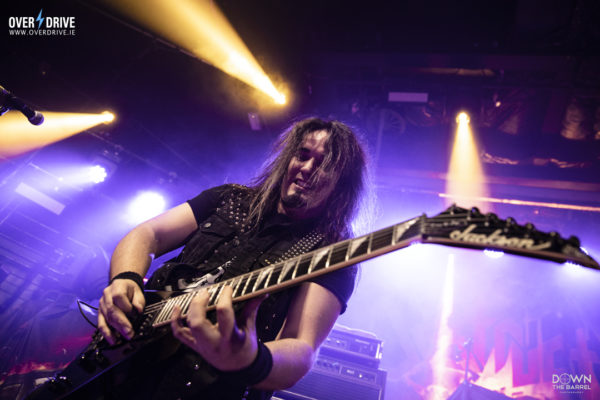 © Down The Barrel Photography exclusively for www.overdrive.ie 2019